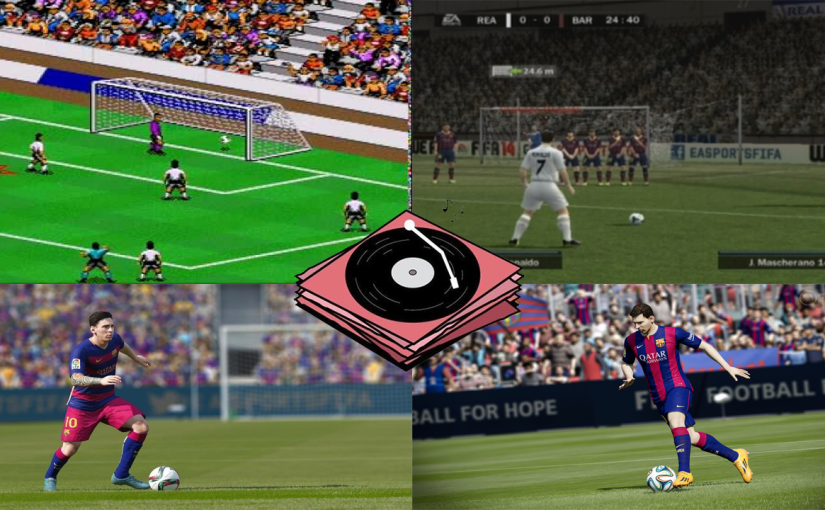 There is no secrecy or mystery between the linking of football and music. The terraces are constantly changing iconic lyrics with the names of their nippy winger or slating the opposition with “____ are falling apart, again” to the tune of Joy Division‘s Love Will Tear Us Apart. One connection between the two industries is closer to home and often overlooked by passive gamers – the Fifa, originally Fifa Football, franchise is constantly churning out a quality soundtrack year after year to millions of players around the globe.

With hundreds of tracks being on the Fifa jukeboxes over the past two decades it is impossible to make a solid, fairly ranked list of the best, but here I look at what I call the golden tunes EA Sports have included over the years since Blur’s Song 2 hit us in 1998 like a Steven Gerrard worldie.

Before revealing the list below, there are a few that could easily have been added including:

Flogging Molly – To Youth (My Sweet Roisin Dubh), Bloc Party – Helicopter, The Strokes – Machu Pichu, and Caesars – Jerk It Out.

Okay. So, in my opinion, Morrissey’s solo stuff isn’t THAT great, but this tune soundtracked endless hours of rinsing the PlayStation 2 version of Fifa Football 2005 while I was winning various titles with Ajax. Nestled amongst a brilliant soundtrack (more of which are on this top five list), Fifa may be to blame why I am a Smiths-loving loser…just maybe.

Another gem here, The Sounds, who I still know absolutely nothing about except they are a Swedish outfit, have old-school Blondie vibes and an abundance of sass. Seven Days is easy listening and was always allowed to be played through fully rather than hitting the R3 button to skip. The Sounds have made it to endless Spotify playlists I’ve made in the past and thanks to Fifa I actually have a vague idea of who they are.

A modern great in the form of The National. Needing absolutely no introduction at all, they are a band who have only excelled themselves time and time again and even though I don’t own this edition of Fifa, it is heartwarming to know that anyone who (stupidly) hasn’t discovered the band themselves will be introduced to some ambient brilliance.

Oxford’s math rock maestros have featured on Fifa soundtracks a couple of times, but it is Olympic Airways that makes the list. Added pretty much at the same time as their debut, Antidotes, dropped. Foals, like the Fifa series, have been a constant companion to my life for a long time now and to see the two combine is fantastic.

THE tune that got me into music. As a football-loving eight-year-old, who thought it’d be such a stressful life at that age, I didn’t really understand the whole blue Topshop top or being a 9 and a half in four beers time, but knew the lyrics off by heart. It took a fair bit of convincing but I managed to get A Grand Don’t Come For Free on CD that Christmas and had to play it through headphones because of the parental advisory sticker. In short, I have to thank EA Sports and Fifa for effectively making me the person I am today.

Do you agree with the list of Fifa soundtrack greats? Let us know on the usual social media places with your favourites.

I interview bands, I review bands, and I find new and exciting bands. Connect with me on Twitter - @Cal_Thornhill View all posts by Callum Thornhill