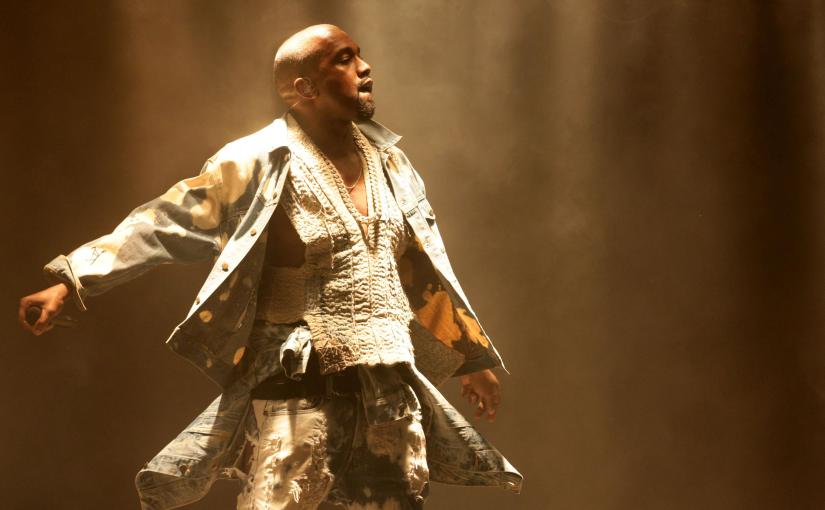 To call Kanye West the most famous/infamous modern day musician in the world would be the understatement of the year. In his career that has spanned over more than a decade, the rapper who was raised in Chicago has faced controversy on more occasions than the likes of Katie Hopkins. However nothing he has done was as seemingly controversial to the public, not even saying that aids was a man made disease, than when he was chosen to headline Glastonbury. A petition made by angry fans, most of which weren’t even going to the festival, gather more than 100,000 signatures. It all looked like this was karma, his outlandish actions and personality finally being the end of Kanye. 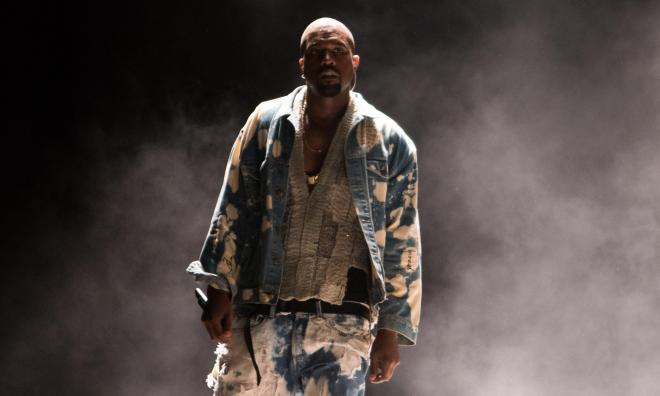 It was fitting enough that Kanye has been calling himself a god for the past few years when he made his way onto the Pyramid Stage as he was accompanied by a sea of lights so flashy and glamorous that it was every epileptics worst nightmare. “Throw your hands up high” Ye yelled to the crowd as he started off his set with Daft Punk infused track Stronger, resulting in some movement from the Glastonbury crowd who usually stand about like they’ve been cryogenically frozen. Stronger was the perfect song to start off this performance with lines such as “take this, haters” and “bow in the presence of greatness” showing that his trademark ego hasn’t been affected by the petition.

This was followed up by POWER, arguably the best track Kanye has ever made and the transfer from album to stage is so smooth and unnoticeable that it’s no wonder that the crowd were chanting along. “I got the power to make your life so exciting” strikes some truth when said by Kanye as he continued to belt out hit after hit, rapping his verse off Paris though Jay Z unfortunately never made an appearance though maybe that would be asking too much. Not even comedian Lee Nelson storming the stage during Black Skinhead could ruin his performance though calling Lee Nelson a comedian would be like calling myself an author. At one point Kanye stops Touchy The Sky to mutter “that’s not what we discussed in the dressing room” before jumping into a cherry picker to continue the song nearly hundreds of feet in the air.

One thing that occurred during this performance that I wanted to talk about happened near the end. As the set ended, West said that the audience were watching “the greatest living rockstar on the planet”. He’s not wrong for saying that seeing as he’s outlandish, controversial, complex and admirable as all hell, the traits that make a truly great rockstar. I saw some folk point out the hypocrisy of folk like myself going mental over Alex Turner’s rock and roll speech but approving of what Kanye said. No offence to Arctic Monkeys but Alex Turner is a white guy who plays a guitar and sings which makes him as much of a rockstar as Ed Sheeran whereas Kanye has delivered some of the most entertaining interviews that I can recall as well as actively talking out about the racism he’s experienced. Although he may not do it as well as the likes of Killer Mike or Kendrick Lamar, to see someone as high up as Kanye still stick to his morals is what gives him the right to say what he did that night.

The set wasn’t without its flaws though. Some songs such as Gold Digger were cut short whilst the song Lost In The World was dragged on for far too long while Kanye went on about why he wrote the song, revealing that he wrote it for Kim Kardashian that was hard not to go “awww” over. Also while singing Bohemian Rhapsody, Kanye showed that although he can rap tremendously, without auto tune his singing is sub par. Apart from that though my only problems were all nitpicks, such as there not being enough old stuff and I’d be lying if I said I wasn’t gutted that Hey Mama never got played. However Only One did strike a chord with me and showed West’s ability to make you feel an emotion that wasn’t just excitement. 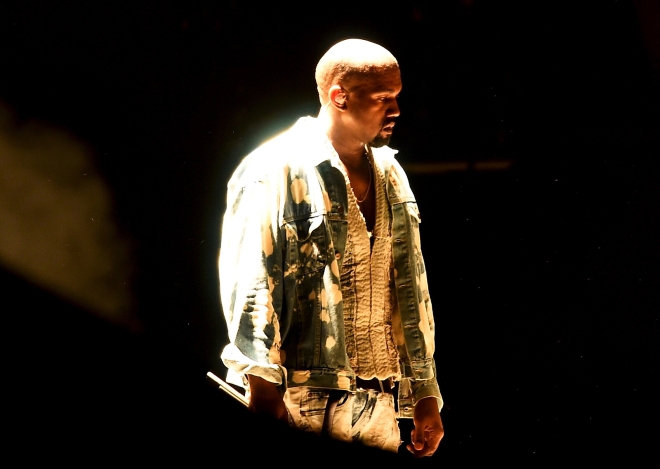 Tonight was more than just proof that Kanye can wow a crowd. It was proof that not only does rap belong at Glastonbury but that it’s as essential as any other genre at the festival, something that Jay Z showed 7 years ago and tonight Kanye cemented it. People may have the naive view that the genre is simply only about money and women but it’s simply not the case. The creativity that the genre allows in unparalleled and artists like Kendrick Lamar and Kanye have used it as a platform for their views on social issues which makes them both timeless and important.

To put it simply, Kanye made those 100,000+ folk who signed that petition look like idiots tonight.