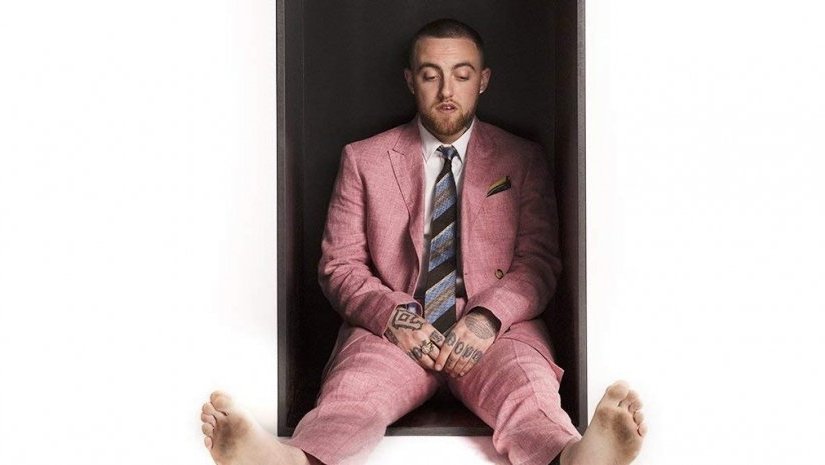 Malcom McCormick, better known as his stage name Mac Miller, is back with a new full-length album to add to his somewhat inconsistent discography. In the past Mac has gone through several changes in both sound and general persona, as he has now been in the spotlight for the best part of eight years. In this time Mac has gone through a lot, from being a pretty typical ‘swag’ rapper appealing to frats and stoners to creating some more serious and focused projects with some big-name features, like on his 2013 release Watching Movies With The Sound Off, which was perhaps one of the first moments that showed that he could really hold his own as a decent rapper. Since those earlier releases Mac has had a strange past few years, including reported drug addiction and an incredibly publicised relationship with pop superstar Ariana Grande which ended earlier this year, leading to Mac’s infamous DUI. After this tumultuous time in Mac’s life he took a step away from the spotlight and social media to work on a new project, titled Swimming.

On this new release Mac Miller is at his most introspective and put-together, making some of the most memorable and professional tracks in his discography thus far. It is clear that the years of spotlight have taken their toll on Mac and he is only now learning how to handle his fame. This is evident on songs such as the lead single, Self Care, which deals with how he needs to focus on himself sometimes, and dealing with his own underlying mental health issues. This sentiment follows on throughout the album, as well as being addressed from the get-go with the opening track Come Back to Earth, as well as the following track Hurt Feelings, which also happens to feature one of the catchiest hooks on the project. This makes the album overall feel almost like a diary of this tough time in Miller’s life, highlighting the highs and lows of this turbulent period. These tracks, or diary entries, are accompanied by some truly beautiful instrumentals on songs like 2009, which begins with an orchestral arrangement, or on What’s the Use?, which features an iconic grooving Thundercat baseline.

Swimming really feels like the first Mac Miller album that flows from front to back and is a fully cohesive project, which can sometimes appear rare in hip hop albums of the past few years. On this album, there is far less reliance on features and rapping about the celebrity lifestyle that were present on previous projects from the Pittsburgh native. In fact, for the most part Mac’s is the only voice heard on Swimming, which could make the project slightly stale sounding, but with all of the personal themes and experiences talked about on the album it feels appropriate that the listener is forced to focus on Mac.

Although the tracklist does flow nicely, with there being fewer weaker sounding moments on the album than previous projects, there are still some stand out moments where Mac seems to come into his own and show a new side to himself musically. The change in tempo on Ladders and the beautiful sounding 2009 show Miller evolving into a more well-rounded musician and songwriter, with some deeper themes and more interesting production than he has produced so far in his career. The tracklisting is far more consistent than the usual from Mac Miller, especially considering his shaky previous release, The Divine Feminine, which seems so dull and lifeless in comparison to this new project. Despite this, there is still a minor lull in the album following Small Worlds, which is definitely one of the better tracks on the project. In this lull nothing really new is said in the next three songs, with some pretty averagely moody instrumentals and some more introspective lyrics that don’t add anything to the narrative of the album.

On Swimming, there is a balance of songwriting and instrumentation that lends itself to Mac Miller that allows him to narrate a tough time in his life, looking at the good and the bad from his past couple of years. The moody atmosphere of the lows and the hopeful optimism of the highs are captured in a way never before accomplished by Mac, who seems that he might have found his new sound after years of identity crisis. The project acts as a diary for Miller’s own personal emotions and experiences, making it one of the more unique albums released by a hip hop artist this year.