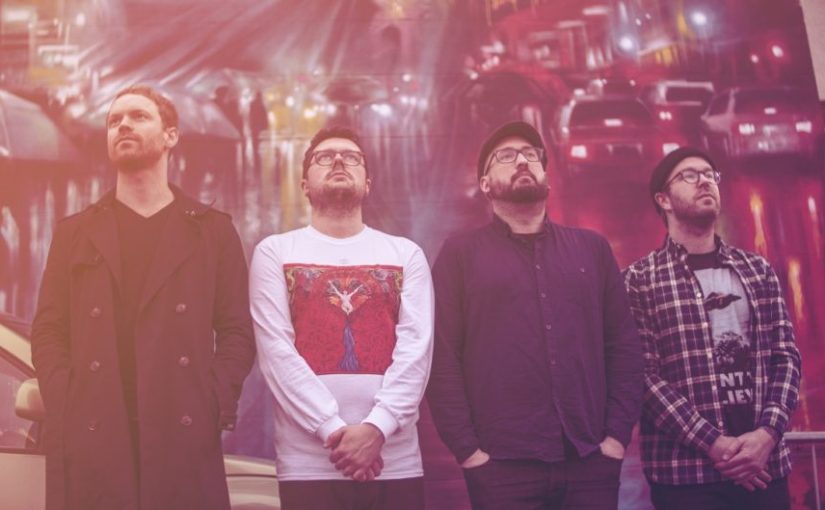 It’s often said that a picture is worth a thousand words; a still image can do more to convey the beauty, emotion, seriousness or heartbreak of a situation better than any piece of writing ever could. But can the same logic be applied to music? Yes, you can relate certain songs to certain periods in your life, but that usually comes with vocals to describe the situation. However, with their debut album How To Let Go, Blackpool cinematic rock outfit blanket have aimed to provide your own blank journal to write your own story.

From the get go, it’s pretty interesting how this album doesn’t use any proper vocals, but manages to say so much through the use of instruments. Title track How To Let Go begins with some delicate, emotional piano with some gentle guitar in the background before bursting into a full band experience. There’s a real prog feel to this album in the way that songs are dragged out to take their time, rather than just being a short verse-chorus-verse affair, giving them time to mature in your head and write your own story.

It’s hard to take the temperature of this album: on the one hand, it feels largely melancholic, the sort of album that would adequately soundtrack a heartbreak, be that a breakup, the loss of a loved one, or dropping your pizza toppings first onto the pavement after a night on the razz. But on the other hand, that’s balanced by a lot of the arrangements and melodies inspiring hope. For instance, the start of Our Tired Hearts feels downbeat, as if rain is gently dripping on you as you walk the streets, but towards the end of the song, the key changes, tempo and general growth in the musical arrangement makes you feel inspired as the rain slowly stops and sunshine burns through the clouds to reveal a beautiful blue sky.

blanket as a band began in Blackpool in 2016, as then roommates and soon to be bandmates Bobby Pook and Simon Morgan would often noodle on guitars and tinkle ivories, writing intertwining melodies, all whilst gazing wistfully skywards at the stars above them, according to their bio on Spotify. Now, as you know, we’re not a PR site that just regurgitates copy into articles, but fucking hell, that paragraph was too beautiful not to include. But the beauty of that paragraph is justified, as blanket’s music does invoke images of the night sky, as the constellations dance to these intertwining melodies, shaping images of your deepest desires.

Three songs into the album, vocals make a cameo appearance in Worlds Collide, which has the same sort of principle where it builds from a minor to a major vibe but on the whole, there’s no real… meaningful vocals, if that’s the right word. How To Let Go says all it needs to without a single word being uttered. It paints a picture in your mind with its cinematic feel. But this is your soundtrack, in this album, you are the star.

The use of instrumentals to paint a picture is very reminiscent of Sigur Ros, namely their untitled album (), with songs like Untitled #1 (Vaka) and Untitled #3 (Samskeyti) saying much whilst saying so little. In this, you don’t really listen to the words, they’re just part of the arrangement, a string section comprised of vocal chords. It’s not as if the vocals have been mixed to be front and centre, as you would on any other album, they slot in with the rest of the song, providing assistance where needed, rather than narrating the song.

To get to the highlight of the album though, you’ll have to hold on until the credits begin to roll. Immemorial Sea is an eight minute epic that has a real slow dance feel to it. Beginning with a subtle heartbeat, the gently plucked guitar drapes itself over the song, this does feel like the soundtrack to a slow dance with your partner. Everything worked out as you delicately step around a deserted dance floor. However, that’s only one perception of this song – you will hear, and see, this song in a completely different way. That’s why it’s so beautiful; your mind’s eye is the canvas, this album is your paint, and the gently played chords allow you to create whatever you see fit.

The tremelo picked riff halfway through the song allows it to quicken in its step, right through to what can only be describe as the sound of someone diving into the water, which moves the song into an emotional string section, and with the combination of the diving sound, the strings and the choral

It could be argued that How To Let Go is a game changer; the marriage of contemporary rock sounds to cinematic soundtrack arrangements, though not massively off the beaten path, feels like it could become part of a wider mainstream genre. In an age where everyone is saying so much, all the time it feels nice to be able to take an hour and not hear a single word uttered, well, not many words uttered. As it says on the tin, blanket wrap you up in their ethereal, tranquil soundtrack and swaddle you as they carry you into the night’s sky.