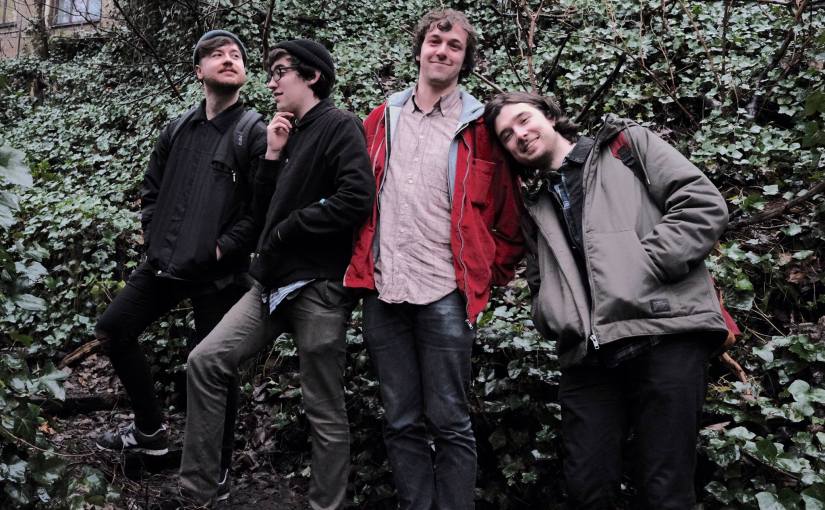 In a rather apt turn of events, the initial rendezvous point for the interview you’re reading right was closed, meaning a last minute plan to the pub/restaurant was concocted: I don’t know what kind of metaphor I could weave to explain the connection between tasty vegan food and Scottish rock outfit Codist but I assure you there’s something there.

Attempt at a smooth intro aside, it’s hard to think of a band in the local scene who are so deserving of praise and love, or more so than they’re already getting, than Codist: first popping up on the radar with their Loverscruff EP, the boys have been on an upwards trajectory since 2015 which culminated in a debut record the following year which won many people over, including this site, which resulted in them placing high on AOTY lists and gaining some well-deserved attention. Said attention came from a notable place, that being Lorenzo Pacitti of LP Records fame who chose the band to be one of the first acts on their newly established label. Phillip Ivers (vocals + guitars) mentions how it all came about:

A few of us have worked with him and it was Record Store Day 2016 where he asked us to play instore – we stayed in touch since then and when it came to the time that he wanted to have a label to do with the shop, he got in touch since we were his first choice to have on it.

The band haven’t wasted time since signing onto the LP Records label, dropping an EP  titled Porcelain Boy earlier last year that Michael McClure (bass) claims is the ideal segway between their debut record and what they’ve got cooking in the studio at the moment: “I think it flows quite nicely and it makes it a lot of sense since there are a few songs on Porcelain Boy that could fall on either the debut record or whatever we decide to call this new album“.

SPEAKING of a new album, it wasn’t long before details were being teased as well as the charming comedic side of the band came out with the biggest info dump of them all coming from none other than Tom Fraser (guitar + backing vocals) who announced there would be “at least ten songs” with a pause left after for this to sink in. Chris Curry (drums + piano) chimed in after to point out the nice mix of content they’ve got prepared for the record: “there are a few slower based ones and even a country-ish one so it feels we’ve got quite a nice flow and tinkering going on in the studio“.

There were a lot of hiccups, technical ones I must clarify, and a lot of stress (Michael mentions there were points they thought they were going to lose it followed by a laugh) but that they’re happy with how things are going. “When can we expect to see the new album come out,” I asked, and was welcomed by four different answers, the humour of which wasn’t lost on the boys – they ultimately agreed that it’s likely we’ll see a Q3 release for the album so there’s not long to go. 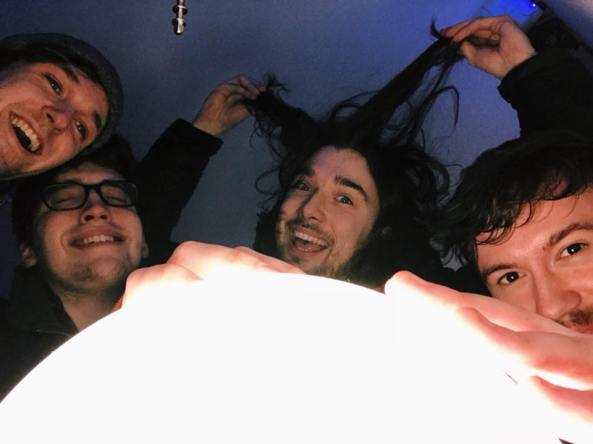 Despite the fact they have an anticipated album in the works, the band were incredibly laid back and seemingly in their habitat. One highlight of the night included a thorough five-minute discussion about noughties animation, where Tom revealed his apathy for Shark Tale that “didn’t have enough Martin Scorsese” and the band passively agreed on Open Season being terrible. When I decided to ask the band about their favourite albums of the year, the tables were turned as Phil took my phone and proceeded to ask me: sadly, I can’t reveal the top 5 listed but there wasn’t any eye-rolling from the boys in attendance.

You’d probably be right in assuming that Codist are a bunch of jokers but it would be incredibly naive to write them off as not being self-aware or well informed – when the question of punk bands changing their name is brought up, Chris mentions that the argument that this strips away the punkness is counterproductive, saying that “if being punk means being intentionally ignorant and relying on a name then what’s the point”. The band all agree, especially when the issue of diversity is brought up: Phil mentions the number of female acts he knows yet he notices most lineups in Glasgow are male-dominated, something that he hopes to see change, mentioning that Codist will try to make sure it isn’t just more of the same.

After the professional discussion is done with, you as an interviewer usually find yourself shaking hands and awkwardly stumbling away: against the curve as always, I chatted to the boys for a good hour after all the official business was finished. They’re a welcoming entity, where goofiness and creativity thrive, and it’s what makes them one of Glasgow’s most exciting and lovable bands – even if they downplayed themselves at one point as “just four white guys”.