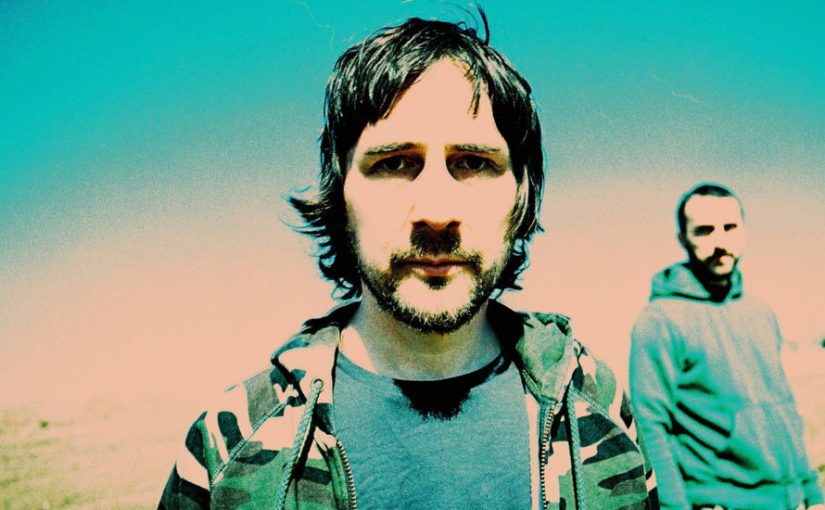 Boards of Canada are some of the most oddly seductive musicians, shrouded in an absorbing secrecy that begs their fans to not only speculate, question and investigate them, but to listen intently, and be pulled into a compelling and familiar world that feels barren, but also full of life at the same time. Their debut studio album, Music Has the Right to Children, was an early masterclass from the Scottish duo, shaping the sound of electronic music for the next twenty years.

Michael Sandison and Marcus Eoin’s unique sound of eeriness, nature, and nostalgia was brought to the masses on this hour-long cut in 1998, where they released their most unified, carefully formulated work yet, meticulously establishing their own certain sounds as their signature and layering techniques as their mastery. The two brothers (a fact that was not discovered till the noughties, to dispel comparisons to cult electronic duo Orbital) had, until this point, recorded tracks together for themselves, then circulating sometimes only dozens of copies to close friends and family. Only when they mustered the courage to send a copy of their demo EP to Autechre’s Sean Booth did Skam and Warp Records realise the possibility of taking Boards of Canada to the next level.

The opening notes of the track Wildlife Analysis could undoubtedly become stuck in your head for the rest of time. It leads into the trip-hoppy An Eagle In Your Mind, which starts off as an amalgamation of odd (but undoubtedly calculated) beats, before developing into a smooth and pulsating track. The moment halfway through when the deep, rich synth bounces into the track, resonating for seconds each time, is first-rate. If only Boards did live shows again, we could witness that moment in real life.

MHTRTC is generally, by fans, considered to be the band’s masterpiece. It encapsulates all the qualities of Boards that they’ve known to grow and love, which would all feature on future albums; for example, their unique and masterful management of layering and texture, or their certainly distinctive use of samples. A prime example is their creepy use of kids saying “I love you” from Sesame Street on the track The Colour of the Fire, or their remarkable ability to transform the funk sounds of Earth Wind & Fire into the moody Sixtyten.

Turquoise Hexagon Sun is a psychedelic masterpiece, with a heavy beat, that is covered by a gorgeous synth melody, filtered with faint voices in the discussion. The melody is unforgettable, and almost haunting in the way it can throw you into a trance in seconds. Roygbiv starts off with a dark melodic bassline, before switching to a bright and warm beat that feels like a summer’s day on the beach: alone, but familiar.

The duo’s name is inspired by The National Filmboard of Canada, the origin of hundreds of environmental and scientific education films watched by the brothers once they moved to Canada as young children. The nature of these films, “grainy and wobbly” as described by them in a 1999 review, is what led them to use old cheap taping methods that gave a nostalgic, personal, and handmade ambience. The personal side of things has always been very important to Sandison and Eion. Before the full release of MHTRTC, the duo had already taped what is rumoured to be hundreds of tracks which, unfortunately, may never see the light of day. In the same 1999 review, they state that only releasing 200 of their first record, Boc Maxima didn’t matter to them – “it’s lovely to hear that people we’ve never met are really enjoying our music”, but “our friends and families hear all the music we write, and that’s all that matters really”.

Pete Standing Alone shows the influences Sandison and Eion followed in the early 90s, like Aphex Twin, and the aforementioned Autechre. This track’s headphone-piercing beats runs away from the emphasis on synths and complex melodies, rather depending on atmospheric chords. Despite coming into the public eye years after them, the brothers can now easily be mentioned in the same sentence as electronic forefathers, and MHTRTC can certainly be thrown into the same pool as Selected Ambient Works 85-92 and Tri Repetae. Looking back on the album now, the influence it has had is inescapable; many of the electronic artists of our day, the calm, chill electronica are undoubtedly inspired by Boards of Canada and this album. Some would even say that they are almost proto-vaporwave.

For many older fans, the duo’s music instills a memory of the same memories Boards had, filling them with nostalgia and maybe even a wish back to the innocent times and lives they had back then. But the ever-present haunt within Boards’ music is there for a reason and the naturalness of their music will be a part of what makes them so special for years to come. Music Has The Right to Children is the ultimate testament to that.