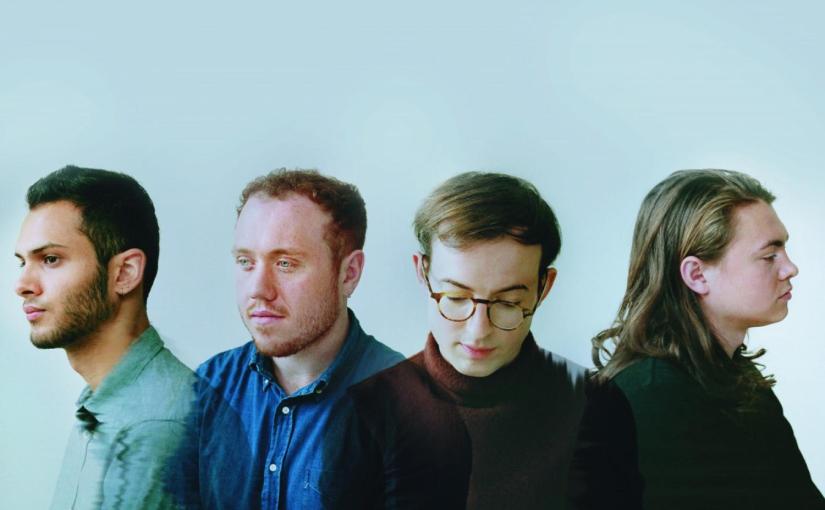 For the best part of a decade, Bombay Bicycle Club were ever-present at every summer festival. A band known for their indie-rock sensibilities, their joyous hooks, and lush soundscapes, Bombay Bicycle Club cemented themselves in the every festival goer’s ear, becoming the go-to for that summer playlist. In spite of this, they are not a “summer mix” band. Their music contains hidden depths and complexities, and over their initial run of four albums, their sound developed into areas that would not have seemed possible on their debut. For anyone who hasn’t heard their work, or who wants to relive that picturesque festival day, here is a list of this writer’s top ten favourite Bombay Bicycle Club tracks.

Though scoffed at by many critics on its initial release, the band’s sophomore effort Flaws is an underappreciated indie folk gem. Album opener Rinse Me Down elatedly starts the album with a wonderfully bouncy rhythm, the acoustic guitars plucking together in sweet harmony. Lead singer Jack Steadman’s vocals swoon over the track, telling the story of a lover lost to another.

Like many standout singles from Bombay Bicycle Club, Evening/Morning has the melodies to contend with any indie band from the early 2010’s. Ed Nash’s contagious bass line punctuates the song, combined with guitar lines and vocal hooks that are reminiscent of one of their peers at the time, We Are Scientists. Like most Bombay Bicycle Club songs, Evening/Morning was a staple of their live shows, the bass line belted back to the band by their rapturous fans.

Carry Me marked the bands shift to synths, synths being an ever-present feature of their last album, So Long, See You Tomorrow. Synths here replace the typical guitar-lead hook of the song but are not missed. A hook that could be seen on an electronica album, the rest of the song is filled with chopped vocals, synthetic horns, and effects-laden guitars. Like many of their indie peers, Bombay Bicycle Club’s shift into the electronic was, on the whole, a successful one.

Lights Out, Words Gone is a dream-pop song (emphasis on dream). A shuffling rhythm backs a walking-bass line, with guitars plucking away into the ever-lasting distance. Like many of the songs on the bands second and third album, it is lifted greatly by the angelic vocals of Lucy Rose, a frequent collaborator with the band, and an extremely talented singer-songwriter (also perfect for that Spotify picnic playlist, if so inclined).

This is the UK post-punk revival in a nutshell: intricate guitar hooks layered in fuzz and reverb; a bass line that provides the track firm foundation; continually pounding drums that move the track forward at every juncture; and a crooning lead vocal that moves about the track with a shaky tremolo. What separates this track from many of its contemporaries is its blaring breakdown in the latter third. Never really repeated in their discography, this breakdown blares a wall of sound onto the listener, with an almost screamed vocal filling the high end of the song. If the band does come back from their hiatus, the shoegaze-tinged direction could be something that could evolve the band again.

Leave It is a song that is not immediately noticeable. During the runtime of the bands’ fourth album, So Long, See You Tomorrow, Leave It arrives and leaves in a typical Bombay Bicycle Club fashion, instilling a catchy vocal hook and memorable guitar lines. Its inclusion on this top ten list is solely down to the band’s live shows. The vocal refrain of the hook is the greatest tension builder, leading to a crescendo of a chorus bemoaning the past discretions of a lover. For want of a better word, a true belter for a live show.

4. How Can You Swallow So Much Sleep

How Can You Swallow So Much Sleep is auditory journey that builds and builds. A typical opener for the band’s live sets, the blissful guitar refrain that begins the song grows and grows throughout the song, layer, and layer of instruments slowly building to a mystical soundscape filled with warm synths, skittering clicking samples and ghostly vocal harmonies. When this song first played at the start of their gig, the audience knew to be prepared for a glistening journey through indie rock’s finest.

This top three will consist of some of the catchiest guitar melodies in indie rock. If Bombay Bicycle Club will be remembered for at least one thing, it will be some of the catchiest hooks released in a genre full of bands chasing that one hook that will make them overnight successes. Bombay Bicycle Club arguably did that several times over. Ivy And Gold is one such song that will seep into the listener’s brain, becoming the hard to forget ear-worm that will be whistled down the street a week later. Just a wonderfully cheerful tune, one that could never be hated (this writer’s Mom loves this song).

A precursor to the electronica-inspired Carry Me, Shuffle was an ever-present of the summer festival playlist, and with good reason. The chopped piano melody is an instant hit, providing the bait to envelop the listener with a tightly constructed song that oozes fun. Steadman and Rose sing with passion about sticking with a partner, this triumphant track begs to be sung with heart and vigour until the throat is run dry. It must also be said that Steadman’s remix of this track is vastly underappreciated, and is definitely worth a listen for those who like sliced and chopped music.

But don’t wear that throat out too much, there is one more riff to belt out to the heavens. The fun, staccato riff of Always Like This announced Bombay Bicycle Club to the public. This guitar line has stayed with the band, and for good reason. It is a joyous (there’s that word again), dopamine-inducing riff that never leaves. Coupled with the minor chorus that adds the spaced-out vibe, this track is the epitome of Bombay Bicycle Club.