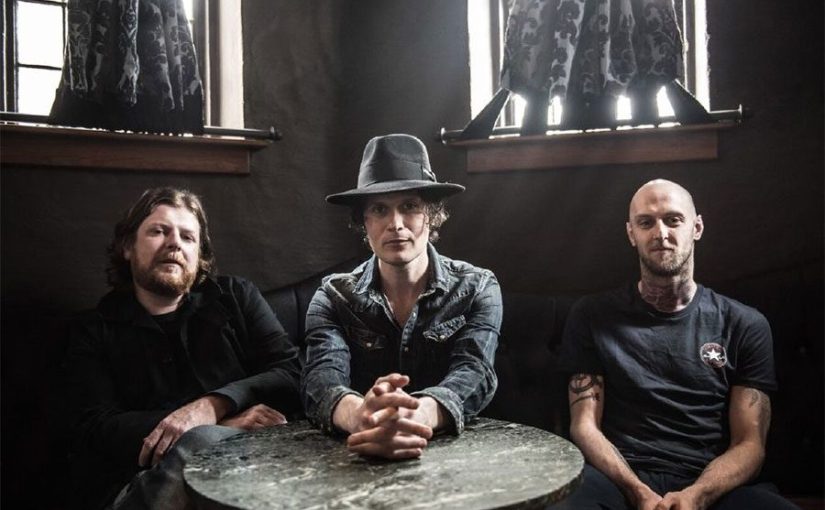 A long time has passed since The Fratellis burst onto the UK music scene with the electrifying Costello Music. Peaking at number two in the UK album charts & selling over one million copies, and is probably the only Fratellis album most can name. A shame really, because the follow up album Here We Stand was just as good as Costello Music. However, the band have since gone off the boil, with We Need Medicine leaving the band under the weather, and Eyes Wide, Tongue Tied receiving mixed reviews at best.

Undeterred by a slight downturn in their forecast, the Fratellis are back with their fifth studio album, In Your Own Sweet Time, and have managed to shake off the lurgy that We Need Medicine brought on. It comes with a definite expansion and boldness in their sound, but with the same upbeat rock elements that made the first two albums feel like a party… but a party that had music! Seriously though, both those albums felt like a rowdy party, when so many indie bands were trying to be all serious and cool, The Fratellis just showed up with a crate and an N64.

Stand Up Tragedy opens the album with a poppy vibe, with Jon Fratelli showing off his brand new falsetto skills. The style of the falsetto feels like he’s taken influence from Prince in the delivery, and the track is a real fun, “dancey” track that sets the tone for the rest of the album. If this album could be summed up in a word (which would save us all a LOT of time) would be “fun”. You’ll hear better albums in 2018, but you won’t hear one that’s as fun and dancey as this.

One of the standout tracks comes right out of the gate, with the symphonic sound of Starcrossed Losers really exciting you, especially with the entirely string based bridge in the middle of the song. The lyrics, as the title infers, refer to the starcrossed love of Romeo and Juliet, but with a fun, upbeat feel to them. “Romeo, Romeo, I’m your Juliet, I’m the pot of gold that you haven’t found yet” is a lovely little lyric, but the huge strings that feel like you’re peering up at the night sky are the main highlight from this song.

Sugartown is another highlight from the album, with a proper slow dance feel to it, and elements of that old American pop music that all the kids would dance to at the social waiting for their sweetheart to come by. The delivery of “I’ll be your one man band, I’ll be at your command, just say the word and I’ll be your renaissance man” in the chorus really gets you moving, even in your seat. The delivery in this is fantastic, just the whole way the song is arranged & played with that slow dance feel to it.

Indestructible is a real sultry track, telling the story of a firey woman, with the lyrics “She’s ambition, she’s a tease, when she calls your name you’ll fall to your knees!” loosening you up. Throughout the album, you do get a feeling that The Fratellis are back on their way up after a shaky couple of album. There’s a lot of fun to be had from this album, and could start to entice fans that dropped off around We Need Medicine back into the fold, with an open, inviting poppy sound throwing their doors open to new fans with a largely palatable sound.

This album feels very experimental from The Fratellis, with a real sense “nothing to lose, everything to gain” from the sound. I Guess… I Suppose has a stomping, 80s feel to it in the synthy, wah-wah guitar and like every other track on this album, gets you dancing, but it doesn’t quite work as the finished product. However, they’re trying something new and feeling their way through unfamiliar ground. The biggest payoff from this experiment is that Jon’s falsetto works, rather than sounding like he’s singing whilst getting into a too hot bath.

Overwhelmingly though, The Fratellis have gotten themselves out of their comfort zone and taken a bit of a gamble on their new album, trying out new sounds, new singing styles and new strings to create an album that’s captured the fun and the quality of the first two albums, but also pushing their creative boundaries to new limits. Whilst In Your Own Sweet Time will struggle to recapture the magic the band felt when releasing Costello Music, they will certainly be able to enjoy their sweet time with a fun album that’ll bound to get audiences dancing across the country, whilst opening themselves to new listeners.