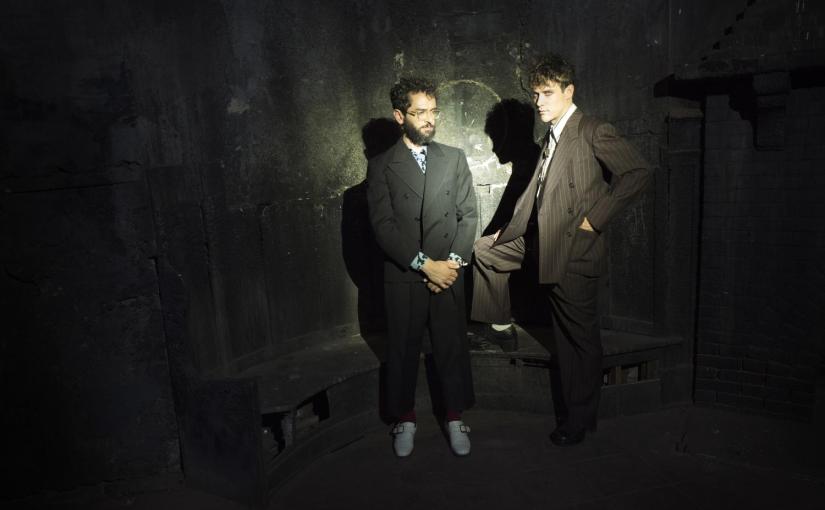 The story of Connecticut duo MGMT’s career sounds more like a work of fiction, straight out of a cheesy Netflix original, as opposed to a true story. Andrew VanWyngarden and Ben Goldwasser formed one of indie’s most iconic duos at university in 2002, united by a love of psychedelia and electronica. The duo saw pop music as a joke and so, for a laugh, decided to begin by writing pop songs, and in 2005, they released the Time to Pretend EP, featuring the title track and Kids.

By the time they released debut record Oracular Spectacular in 2007, Electric Feel, another pop song had joined Time to Pretend and Kids on the tracklist, effectively ending MGMT’s desire to write pop songs, particularly as the rest of the record was filled with a more experimental, psychedelic sound which the embers wanted to be defined by. The only problem? Their three “joke” pop songs transcended hit status, appearing in countless films, TV shows and video games, capturing the cultural zeitgeist perhaps more than any act in the late-00’s.

VanWyngarden and Goldwasser were disgruntled by the level of success the three singles achieved and the way they saw them defining the act, so in 2010 returned with the weirder, more experimental (and better) Congratulations. This was more like the music the duo wanted to make – however its reception was mixed, with some disappointed there were no radio singles in the vein of their debut. In 2013, they released their self-titled third record, which continued in the same vein as Congratulations, but the due ultimately became too self-indulgent and experimental and the record flopped.

With a fan base that’s been declining since their debut, it’s not difficult to see why MGMT’s fourth record sees them at a make-or-break point in their career, and the height of the stakes only adds to how enjoyable a listen Little Dark Age is. Put simply, on this record, MGMT has relearned how to write pop music.

Take the title track, for example, released as the album’s lead single – it’s a dark, moody track with more than a subtle nod to The Cure. VanWyngarden’s vocal is ominous and haunting as he illustrates a paranoid dystopia (“just know that if you hide / it doesn’t go away”). However, despite the track’s weirdness, at heart, it is a pop song, with a huge synth sound dominating the track, particularly on the brilliantly overbearing chorus. What furthers the brilliant pop appeal is the funky bass riff which pops up all over the track.

When Little Dark Age dropped as the lead single, it would have been reasonable to assume that the entire record would be similarly dark, however, darkness is more of a flirtation than a theme across the full LP. Follow-up single When You Die hears VanWyngarden playfully declaring “we’ll all be laughing with you when you die” over a light mandolin tone. In fact, if there’s one thing that shines on this record, it’s MGMT’s sense of humour that is infused on so many tracks. Rather than shooting for a Father John Misty–esque sense of irony, VanWyngarden and Goldwasser’s humour is more whimsical and bizarre.

This humour shines brightest on opener She Works Out Too Much, which speaks of a failed relationship with a girl who has an unhealthy obsession with both exercise and social media. The real genius of this track is that there is a vocal from a workout video interspersed with VanWyngarden’s vocal (“Remember to drink a glass of water before and after you work out”), creating a back-and-forth conversation between both voices on the funk-fest of a chorus. Track 1 ends abruptly with the voice announcing “Okay, we’re done!”, signalling an end to the track, workout and relationship.

Airy standout Me and Michael is another example of the duo’s tongue-in-cheek wit, with VanWyngarden declaring “Me and Michael / solid as they come” on the ‘80s-infused chorus. In an interview, VanWyngarden stated the lyric was initially “me and my girl” but they opted to change it to make the track virtually meaningless. Even when the duo’s sense of humour is more misplaced on Tslamp (Time Spent Looking at my Phone – a lyrical topic which feels worn to death in 2018), the rest of the track is too good to deny, particularly on the samba-nodding mandolin solo before the final chorus.

Speaking of highlights, perhaps the record’s best track is One Thing Left to Try, a soaring synthpop track which evokes CHVRCHES at their very best before descending into MGMT’s usual psychedelic territory. If that doesn’t sound appealing enough already – the duo borrows James Murphy’s cowbell – both in the intro and in the instrumental that closes the cut, pushing the track almost into disco territory.

Little Dark Age’s airtight closing trio is completed by When You’re Small and Hand it Over, with the latter serving as a kind of encore after the beautiful When You’re Small, which begins as a calm acoustic track before MGMT’s psychedelic tendencies get the better of them and synths give the track a woozy, atmospheric feel which could have closed the record beautifully. However, Hand it Over’s breezy rhythm provides a more than worthwhile encore, especially given how well-produced VanWyngarden’s vocals are.

The relatively understated finale aptly closes the best MGMT album since Congratulations and arguably the greatest they’ve ever made. After many had written them off after their self-titled record, it’s incredibly satisfying to have a great MGMT album in 2018.  While the gym coach from She Works Out Too Much’s words are largely shallow and meaningless, her opening of “get ready to have some fun” applies perfectly to any listener diving into Little Dark Age.