Butlerisms: Why Your Dad Is Wrong About Hip-Hop

Ah, 2018. Six days into you and we’ve already had a dick swinging contest between the USA and North Korea and learned that the leader of the former is a petulant child who enjoys cheeseburgers and hairspray. Not even the Gorilla Channel could soothe our already weary souls, as we realise that this year probably isn’t going to get much better. Just more of the same shit under a different banner.

So it was no surprise that everyone’s favourite free puppy training paper, the NME, took time out of its busy schedule reporting on Liam Gallagher taking a shit or comparing some big band with The Beatles (because every band’s benchmark in life is to be the fucking Beatles) to furrow their indie brows, scratch their chins and cluck “Is Hip Hop now bigger than Rock?”.

Side note: I once got into an argument with the nice lady who works in my local record store because she tried to give me a copy of the NME and I really, really didn’t want it. 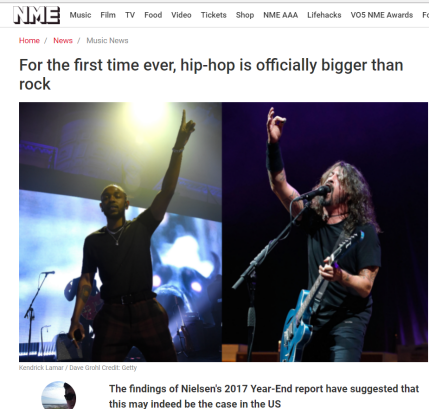 First of all, the data confirms it. Hip-hop artists filled Nielsen’s end of year data on what people listened to, with only Ed Sheeran and Taylor Swift muscling in the top ten, the latter proving that an appetite for eating shit is still rife. Really, that’s come as a shock to nobody who doesn’t believe that music peaked with Oasis. Hip-hop has forever been a more accessible genre, able to cross all tastes. The average metalcore fan and the average pop fan would both be able to listen to Drake with relative ease, because it’s easy on the ears with an accessible sound and theme, but would the average pop fan be able to swallow up some Architects? Probably not, whilst it’s not a secret club, any kind of rock music is indeed an acquired taste unless it’s got a poppy, accessible sound.

Hip-hop being bigger than rock isn’t really the problem, because, at the end of the day, it’s all music; good music is good music regardless, and shouldn’t have to be held aloft purely because it belongs to a certain genre. The real issue here and the one that’s grinding my gears to no end is as per usual, the reaction to the statement that hip-hop is bigger than rock.

“Crap-hop, more like, Kanye West isn’t half as talented as REAL musicians” your boyfriend comments, desperately searching for that clip of Ye singing Bohemian Rhapsody, determined to prove his point by missing out his entire discography.

“Eugh, it’s just people saying ‘yo yo yo’ and talking about their ‘bitches’” says your weird coworker, who’s probably never listened to hip-hop, but is pretending they know something. 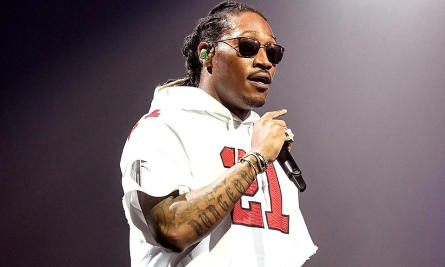 The problem here is tribalism. People are so damn narrow-minded that they think bland, milquetoast indie rock like Oasis is the absolute pinnacle of music, or believe that the true flag bearers of rock and roll are the Foo Fighters. Both of these bands are good, but you need to wake up and smell the fucking coffee man as there’s a whole world of great music beyond a driving songs compilation!

Maybe it’s the folk I’ve encountered over the years, but most of this tribalism comes from people only listening to rock music. That’s it. Just rock music. None of that pop for me thank you, I’m happy listening to just rock music (and from experience, not good rock music), and you can keep that stupid hip-hop away from me, it’s just people in hats talking to a beat – it’s so fucking stupid.

When the Coachella announcement landed this week, former boyband heartthrob Louis Tomlinson took to the auld Twitter to ask where all the bands were. I mean, first things first, there ARE bands there you dumb fuck, with alt-J, Highly Suspect, A Perfect Circle, Alvvays and FUCKING CHIC, THE BEST BAND EVER, making an appearance. But obviously, because The Weeknd, Beyoncè and confusingly, Eminem were headlining, this now meant that there were no bands there, and band music was dead. You see what I’m on about here? Because hip-hop/R&B takes statistical prominence, that suddenly means that all the bands ever have been violently culled and will never perform anywhere again. Pull the fucking other mate, and take a look at the Download line up if you want bands. 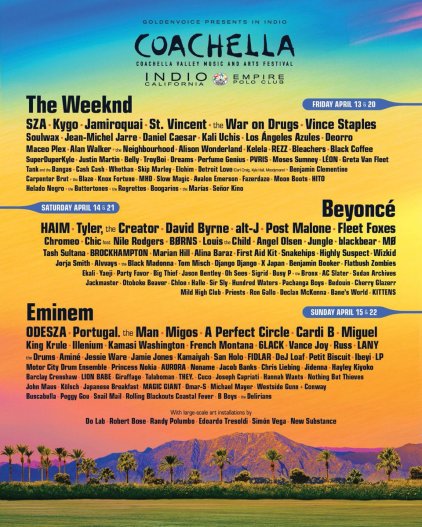 I’mma keep it real with you here chief, I don’t listen to that much hip hop compared to some of the other writers here, but I still keep my ears open and palette clean for fresh beats. Some of the best music I heard in 2017 was hip-hop, including Brockhampton & Kendrick Lamar, and I just know that there’s more of that out there, and it’s clear to see why it’s the biggest genre. If someone like me, who does live off a primary diet of heavy rock, metal & big riffs can appreciate the genius that goes into hip-hop, it’s not hard to see why it’s so popular; it’s for everyone, it’s relatable, it’s without dumbing it down too much, poetry on the beat.

This stupid tribalism in music needs to fucking stop. People need to get their heads out of their asses and realise that there’s more to life than thinking rock music is the be all and end all, and that all rock music is great, because it’s really, really not. If you think The Hunna, Liam Gallagher, and The Courteeners are levels above someone like Kendrick, Future or even Kanye, you need your fucking head rattling, because just because it’s rock music, doesn’t mean it’s automatically better. I absolutely love rock music, I love heavy metal, I consider Motörhead and Black Sabbath to be the best acts of all time, but I’m not so damn blinkered that I believe that is all there is to music.

So go on, go and explore some hip-hop, even if ashamedly, you end up liking it. Nobody’ll tell on you.