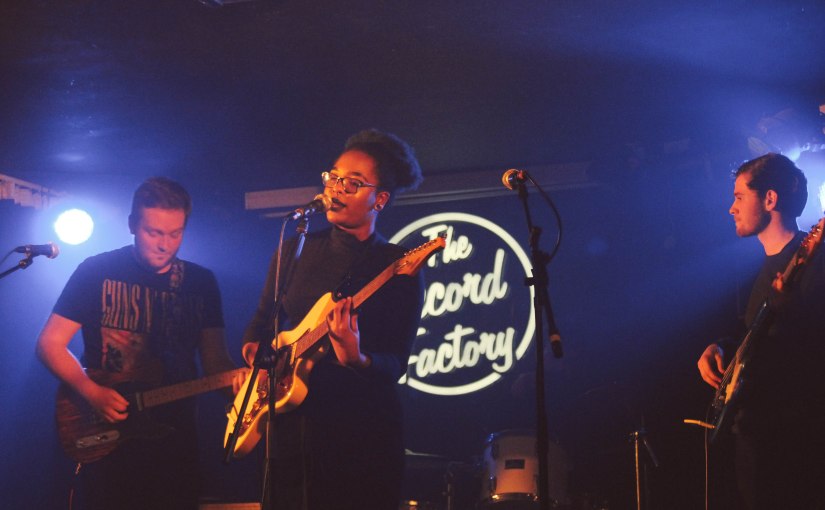 Backed up by a talented band and submerged in knee-high mist, Kiki Miller‘s last performance of the year began in an almost cinematic setting: having been gigging for the past few years, the cool and calm demeanor of the young up and comer is well earned and added a surprising layer of professionalism to the show.

Technical issues aside (“This is my bad luck week just so everybody knows” she quipped after her first track ended in her guitar going out of tune), the night couldn’t have gone any better than it did. The aforementioned confidence shown by Kiki went a long way in showcasing how serious she takes her craft – at the same times, the intervals between each track allowed her to be herself and have the crowd laughing and smiling, leaving this impression of her being a multifaceted artist which is a justified title. 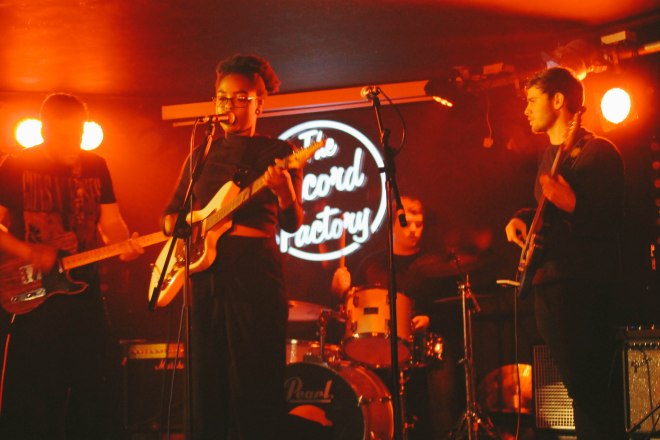 Performance wise, it was an absolutely entrancing experience to witness Kiki and co play with there being an undeniable chemistry between all the members who all added to the short but sweet setlist. The main woman herself was happy to go solemn and intimidating on her second track: having said the song spawned from watching too many bad movies, this dark delivery as well as the lyrics about chaos felt like pure villainy and was a pure delight.

On the other hand, Kiki wasn’t afraid to make things a bit more upbeat. On what she titled “the fuckboy song”, there was some vicious sassiness on show with a “let’s play the game” hook that is impossible not to have etched into your cranium by the time the song had came to a close. When it came to the aptly titled last track Last Night, Kiki seemed to embody her influences the best, speaking about liberation via drinking with her gorgeous soulful voice that, as she starts to ascend the Glasgow scene, will be an encore belter for her fans.

Emotive and encapsulating, Kiki and her crew set the bar incredibly high not only for the acts who were set to follow them last night but for themselves: with songs chop full of empathy, compassion and gorgeous lyrics you’d expect from poetry, it’s impossible not to envision Kiki Miller being a reoccurring name on gig posters all over Glasgow in 2018.