After releasing one of 2017’s best records in Pure Comedy, and claiming to be almost finished on its follow-up, Father John Misty (real name Josh Tillman) is an artist surrounded by substantial hype at this moment in time. A date at Glasgow’s sizeable O2 Academy served as the second date of Tillman’s first UK tour in support of the aforementioned Pure Comedy, and the packed Glasgow crowd was more than eager to see perhaps the most exciting singer-songwriter in music today.

For a start, Father John Misty gigs are not like any other singer-songwriter gigs.  The towering Tillman is backed up by a 6-piece band who deserve immense credit for making every song sound as huge as they do on records as grandiose as Pure Comedy or the sophomore Misty record, I Love You, Honeybear. Tillman plays acoustic guitar on many tracks on the setlist but the highlights undoubtedly come when he is without his guitar, and can dance and prance around the stage as madly as you would expect from someone who calls himself Father John Misty. 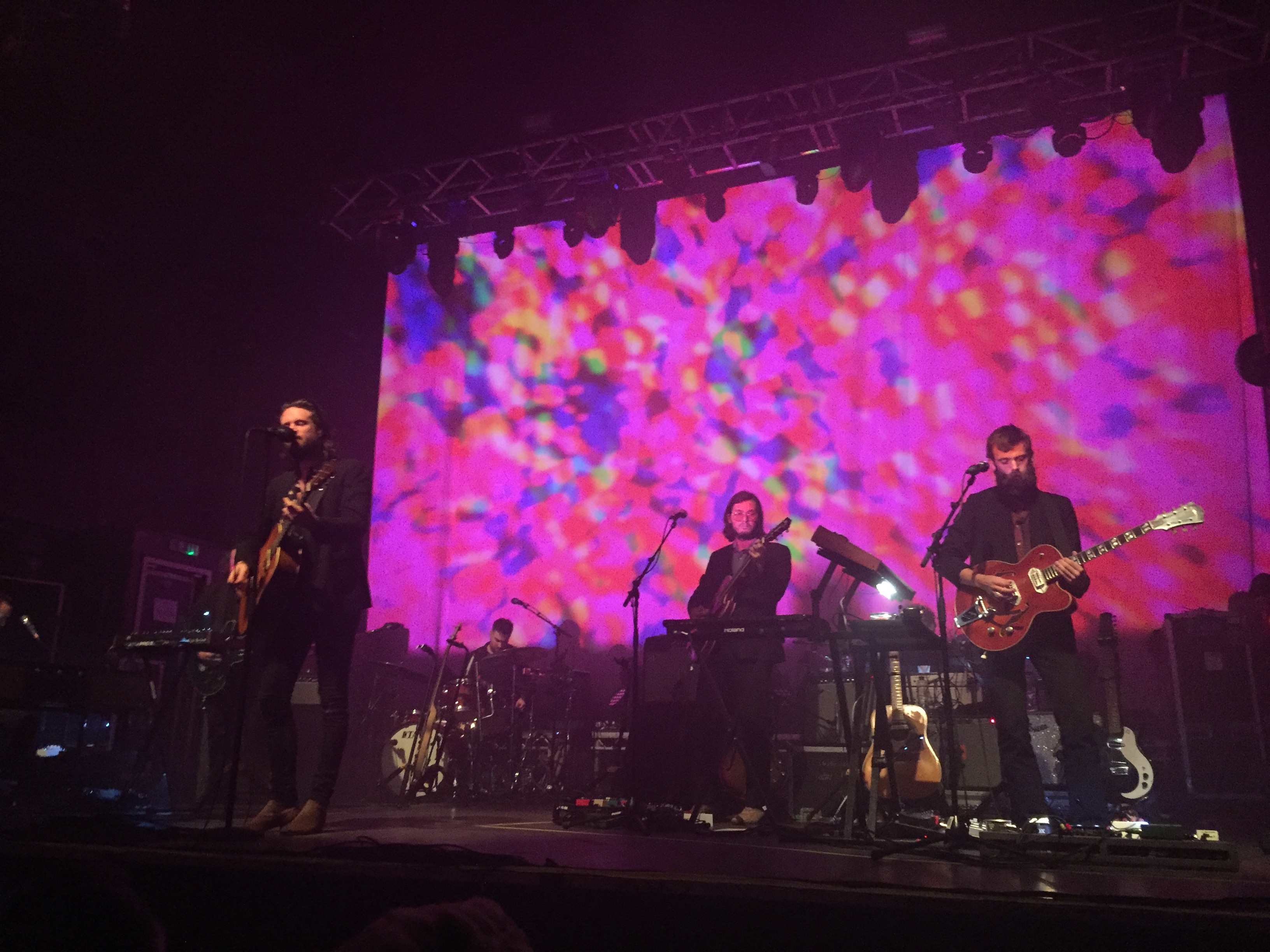 Tillman opened on the chilling title track of Pure Comedy, followed by the 3 tracks which proceed it at the beginning of the record’s tracklist, before digging deeper into his discography for Fear Fun’s gorgeous Nancy From Now On. The track which really got the night going however – was Honeybear’s Chateau Lobby #4, which neither Tillman or the Glasgow crowd could resist the urge to dance along to.

Tracks from I Love You, Honeybear seemed to make up most of the show’s highlights, with Tillman throwing his guitar offstage for the second half of Nothing Good Ever Happens at the Goddamn Thirsty Crow, and throwing himself around the stage. The record’s soaring title track closes the main set on a bang, with Tillman leaving the stage to get up close and personal with the front row.

If the main set had the crowd won over, then the encore had them floored. It opened with the most poppy song in the FJM canon, Real Love Baby, which evoked a huge singalong in front of the night’s best visuals. The stunning 9-minute So I’m Growing Old on Magic Mountain which followed slowed things down, but was one of the most beautiful tracks of the night.

After granting a request with a teaser of Tee Pees 1-12, Tillman finished with the strongest 1-2 punch of the night: Holy Shit into The Ideal Husband, the heaviest song of the night which saw Tillman enter full-on rockstar mode as he screamed his way through the track before slamming his mic stand and marching off stage. The next album and tour can’t come soon enough.