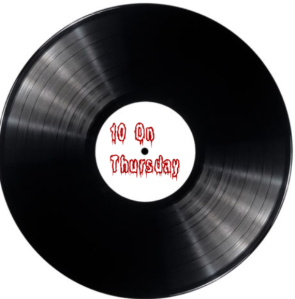 It’s 2017, and Weezer have a new album coming out next week. That’s nearly 30 years on the clock for the band that has divided critique and opinion throughout their career. Certainly, there’s possibly not a more obvious band out there that have had their highs and certainly, undoubtedly, their lows. With Cuomo and crew soon to be back on tour to celebrate the release of new album Pacific Daydream, I thought there’d be no better time to present the top 10 Weezer tracks.

To start proceedings is a cut off of Weezer’s 2016 LP, the White Album, which served as a throwback of sorts to the band’s first two records. It still wouldn’t surprise me if this track was a form of an unreleased track from Pinkerton. The aggressive, deep guitar power chords and catchy chorus are reassuring, whilst the honest lyrics reconfirm Rivers Cuomo’s fantastic songwriting skill. This track would have not only fit in well in the 90s, but would have been a monumental success for the band.

9. Island In The Sun

The opening chords of this song can do nothing but calm you, and maybe even really transport your mind to a tropical island, in the sun. Off of their third record, the Green Album, the notable contrast in dynamics between the smooth verses to the destructive guitar chords in the chorus is classic Weezer. This track is as happy as power-pop gets, but also in places, as angry and emotional as possible. It’s an ode to everything summer.

It wouldn’t be a Weezer list without that song everyone knows. Cuomo and co created their biggest hit on their debut album with Buddy Holly, an infectious and charming cut that purely feels good. The brash guitars clash with the happy-go melody, and the catchy “hoo-hoos” in the background only add to the cheerfulness involved here. Spike Jonze’s iconic video for the track also propelled its popularity and serves the song well.

Definitely the most iconic intro to a Weezer song (and album), possibly one of the most iconic of the 90s completely, My Name Is Jonas was most people’s first experience of the dynamic, moody and cryptic mind of Rivers Cuomo.

One of Weezer’s most peculiar tracks, the piece starts sparse, bizarre and quirky, before turning into a classic harmonious love song in the chorus. And then, just to spice things up in the standard Cuomo way, the track explodes into a frantic frenzy of the frontman speaking heart to heart to the girl of his dreams, begging and pleading for her to make a move as he’s too shy to do it himself. It’s crazy, but it’s Weezer crazy.

This one isn’t exclusively a fan favourite by any means but is a personal one. A celebratory and reminiscent song of the good old days, and running away from the monotony of real life, this track is escapism at its best. Cuomo is lamenting at the briefly disadvantaged life he lived in his 20s and adapts it to the average listener.

The band’s first single, and the first one Cuomo wrote is a slow and melodic burner about a failing relationship, that takes all the energy from you and drains your body, drip by drip, into the depressing world of Weezer. It starts with that dissonant guitar lead in the introduction, and by the end finishes with a cacophony of huge, sweeping chords, and rumbling cymbals. It’s the perfect power pop song.

Pinkerton was an unusual record  – it took every Weezer fan’s expectations, and for some, ripped them up and threw them in the bin, and others excelled them. This all started with the LP’s opener, Tired Of Sex, an aggressive, in parts animalistic, but honest banger, that definitely made some fans take a step back and go “wait, what?”. From a group that was famed for their nerd culture, their hopelessness with girls, and probably in parts their diminished sex lives, this song is literally about one thing – Rivers Cuomo having too much sex. Sex that is too casual. Sex that confused Cuomo on who he actually is himself. It marked a massive stylistic and contextual change for the band, and a substantial one at that.

I still think the bassline of this song is imprinted on my mind since the first time I heard it years ago. I also think I could keep humming it for the whole song if I was forced to at gunpoint. It’s maybe a cliche, but it’s also debatably Weezer’s core audience – the geek liking the girl, wanting the girl, dreaming of the girl, but in the end, not getting the girl. It’s slow, melancholy and crushing, but is one of the most memorable album closers to date.

As a teenager, Rivers Cuomo discovered, in the most innocent of ways, his father was an alcoholic. What spawned from it immediately was his family being torn apart, but in the long run, Weezer’s most emotional, agonizing and demanding song was written. It describes the very moment he realised his father’s problem, and his personal inability at dealing with it himself, and takes the top spot for me because of how raw, connecting and powerful it is.