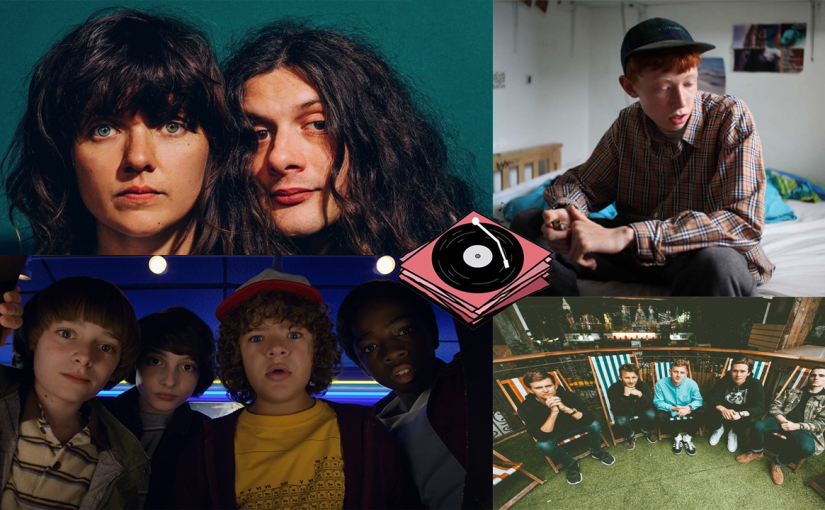 To say that the latest offering from John Keek has a Bon Iver vibe would be putting it lightly: sombre lines floating over beautiful piano riffs with bursts of instrumental entrancement, If + When feels like it would fit perfectly into the band’s most recent record.

Radiant and soothing with its injections of beautiful sax, this song is the perfect companion for any relaxing playlist and will no doubt help Keek nestle his way into the hearts of newcomers.

Three tracks into a record predominantly comprised of understated, breezy folk rock, Fear arrives as a counterpoint to both the rest of the album and the original version of the song penned by Barnett’s wife Jen Cloher. Guest drummer Stella Mozgawa (Warpaint) provides explosive drumming to accompany the brooding guitar riffs, building up to an uplifting crescendo two-thirds of the way into the song.

Barnett’s vocals take centre stage here, adding a certain poignancy to the lyrics considering her relationship to the original songwriter; however, Vile’s backing vocals add a welcome depth. Overall, one of the standout moments of an excellent, nuanced album and a successful first-time collaboration between the two multi-talented songwriters.

People may know the show for its Stephen King meets Stephen Spielberg influence or its various catchphrases but one of the crucial elements of Netflix’s surprise hit Stranger Things is its music. There’s an “if it ain’t broke, don’t fix it” approach to the first tease of the phenomenon’s second season OST but it’s by no means a disappointment.

The first season was fairly simple with its music and while there’s a definite similarity, Kyle Dixon and Michael Stein have subtly tinkered with the dynamic to create something that feels big but familiar – much like Stranger Things itself.

Roam – While The World Keeps Spinning

Cementing itself on their sophomore album as one of the strongest tracks on offer, this belter of a track goes to show that Roam are constantly pushing boundaries to become an utter behemoth in their field.

Featuring a very catchy chorus, along with some hard-hitting riffs and drums making it a total head bop, the fun and feel good factors of While The World Keeps Spinning goes to show the progression of the UK pop-punk scene, and how it’s continuing to avoid stagnation.

Not to spoil the upcoming review of his third album, second under the King Krule moniker, but Archy Marshall has delivered what may very well be his magnum opus. Emergency Blimp is undoubtedly one of the most unique songs on The Ooz, a spine-chilling song about depression that manages to evoke this further with an eerie chunk of feedback that is reminiscent of Aphex Twin’s 90’s horror single Come To Daddy.

With his trademark vocals really delivering the anguish and angst in a way many other artists would struggle to replicate, Archy has not only managed to surprise himself but those who have been there since day one.