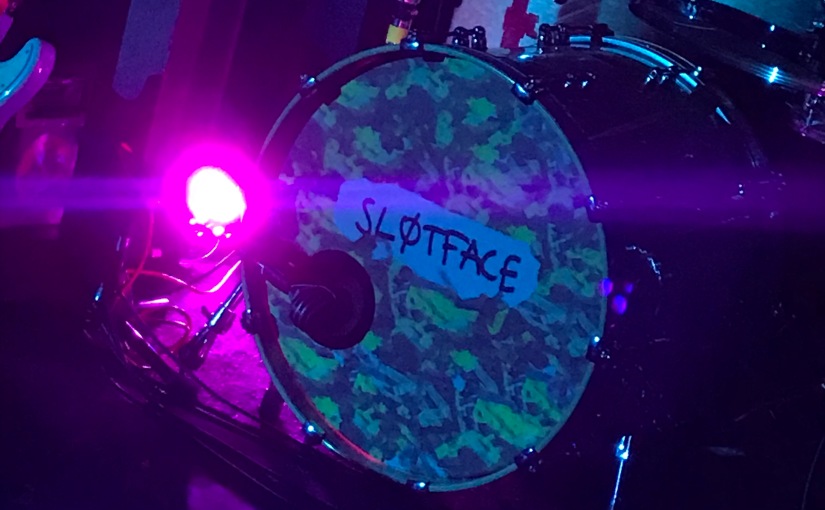 It’s getting to that point now where Broadcast is becoming a home away from home. Nested into the hustle and bustle that is Sauchihall Street, it’s a musical haven where you can be guaranteed a set few things: a rough but charming venue downstairs, toilets adorned with graffiti patter, great music and the best damn White Russians this side of the Clyde.

Last night’s gig was no different: after taking advantage of the weekday deal and finding some lovely lines about yer da in the cubicle, the venture downstairs commenced as we were greeted by the soothing rock musings of Fauves. Brought to our attention via the recent Tenement Trail, the band have an underlying quality that comes to the surface with repeated listens – at first you’ll find yourself entranced by the jumpiness and warmth this Glasgow outfit radiate but once you return, you’ll realise just how alluring front-man Ryan Caldwell‘s eccentric vocals really are.

No song does this better than Afterglow with its catchy monkey hollering intro followed by a seductive, solid delivery for the verses. It’s clear that Fauves love to play live as much as they love to make music, shown by the dancing incited by Hit Like This with the well timed moves of Rory Bradley and Gianluca Bernacchi, some jazzy drums by Ciaran Devlin quickly pursuing.

If Fauves were the cheerful, lying-back-on-a-lilo band then Lucia was the moody wave soon to sweep over the unsuspecting Glasgow audience. Backed up by her equally talented band, the eponymous artist’s main draw is the projection of her pipes, easily wrapping the audience around her finger much like her voice does with the supporting instrumentals.

It’s always very apt for the situation, whether that be the ghostly essence they take on at the start of When I Think Of You or the drawn out nature of them when it comes to What Am I, a track that deserves some recognition for just how great it is considering that Lucia has only been around for just over a year. There was an undeniable chemistry between the act, especially during their closing song, which no doubt adds to how well suited they are all to a live setting, acting a seamless transition to the headliners.

That left us with the Scandinavian heavy hitters Slotface to finish off the delicious three course gig and boy, did they leave us stuffed. This recent tour, much like any band, is to promote their recent album but this UK leg feels more like a victory lap than a monetary one: critically lauded, politically charged and amassing nearly a million plays on Spotify alone, the band have managed to find their niche and have reaped the benefits of maintaining the momentum.

Starting off with Try Not To Freak Out opener Magazine, Haley Shea‘s vocals felt immediately rougher than they do on the album but this ultimately benefited their performance rather than took away from it: as she chimes that “Patty Smith would never put up with this shit”, you feel like she’s already channelling some of that resilience and lets it all out in the hectic chorus. It doesn’t stop the band from lightening up the mood, shown by Pitted with its party narrative that inevitably incites some unruly movement from the crowd – if the venue was just a bit bigger then they really would have put the Pit in Pitted.

As the performance draws to an end, it’s hard to think that Slotface have only played once in Glasgow prior to tonight. The city always remains a favourite for acts all over the world and it’s no different to this indie rock outfit who may not have outright said but definitely showed it with the admiration on their face and their performances all round. It not only solidified them as a band to be reckoned with but one with a bite that matches their bark.