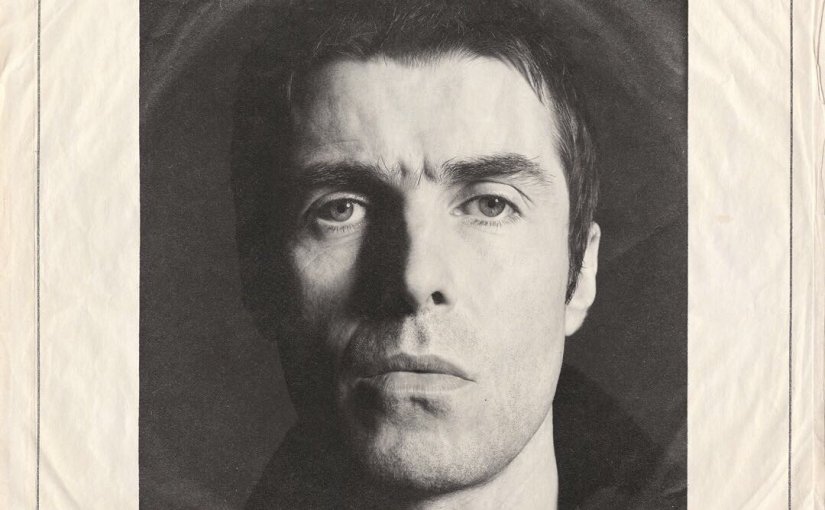 For those of you under the age of 20, Liam Gallagher is not just a wacky old man on Twitter and someone your dad has shrine to in his shed, he was once the front-man of Oasis, who were at one point, one of the biggest bands in the world. However, times change, middle-aged men spend hours of their lives slagging off their siblings on Twitter, and now Liam Gallagher has brought his first true solo record, titled As You Were, something he frequently signs his indecipherable tweets off with. Also “LG x“, for some reason, despite the fact that yes, this man is in his mid-forties.

The way that Oasis worked, and worked so well, kind of, for like three and a bit albums, was that Noel Gallagher wrote the songs, and Liam was the swaggering lout with a tambourine that sung them. This proved incredibly fruitful, with the band selling over 50,000,000 records, despite everything past Be Here Now failing to even get within spitting distance of its predecessors.

You couldn’t even argue that As You Were is an Oasis b-sides album, because The Masterplan was actually an album that had some substance and some of Oasis’ best tracks. This is probably an Oasis f-sides album, ‘f’ meaning ‘fucking awful’.

The album actually gets off to a promising start, Wall of Glass feels like an Oasis track, with the bluesy harmonica intro setting up a wall of guitar (ha! Geddit?), and actually, produces a decent vocal performance from LG x himself, using his familiar rasp to give a classic vibe to it. Clearly recruiting pop superstar Adele’s producer Greg Kurstin was a savvy move to help the ageing saviour of guitar music, to give it that pop-polish. Can you imagine the diatribes that we’d be subject to on Twitter had Noel picked up a pop producer? Twitter would buckle under its own weight. Wall of Glass is a pretty good song though, for those who’ve enjoyed keeping up with the Gallagdashians, this would have just squeaked onto b-sides compilation The Masterplan. Same applies to the slow-jammin’ Paper Crown, which again feels like a classic Oasis ballad, but not quite the prime cut of beef. More a rump steak than filet mingon.


After Wall of Glass and Paper Crown, it doesn’t really pick up; Bold doesn’t feel bold. It feels more italic, fading into nothingness. There’s a vague apology to the scores of people he’s pissed off with the slow, ballad-y For What It’s Worth, perhaps teeing up yet more speculation that Oasis will reunite, with the surprisingly self-aware lyric “In my defense all my intentions were good, and heaven holds a place somewhere for the misunderstood”.

Lyrically on the whole, however, this album has all the depth of The Very Hungry Caterpillar and none of the excitement. Take for instance “I am a dark star, I fuel a race car” on the airy, poppy It Doesn’t Have To Be That Way as one prime cut of lyrical fucking excellence, literally just naming songs he’s heard on You Better Run ““Angels, gimme shelter, cause I’m about to fall, it’s all gone helter-skelter“, which can only add fuel to the theory that Liam Gallagher finds his lyrics by arranging those word fridge magnets you get for kids. This also takes into account that LG x tapped up pop songwriter Andrew Wyatt to help him write this album, and yet we get Noel’s brother reading out his Spotify daily mix to us.

Then again, if LG x had written a ‘grown up’ album, nobody would know what to do. The whole of Oasis’ legacy is built on Definitely Maybe & (What’s The Story) Morning Glory? and the cocksure swaggering, lager swilling and fist swinging presence of their frequently AWOL frontman. This brazen, brash & bullish approach to rock ‘n’ roll meant they could get 250,000 people to show up at Knebworth for a concert. But this album is a victim of its frontman’s success and the hype he builds. The mere suggestion of an Oasis reuinon is enough to get tongues wagging and pulses racing, dreaming of the day the two Gallagher boys occupy the same stage. How could you have written anything besides an Oasis-esque album? Writing a ‘radio-friendly’ album would have caused millions of familiar cagoule enthusiasts to accuse their messiah of selling out, but this album ultimately fails to live up to expectation from a man who’s frequently regarded as one of the finest frontmen of all time.

But that’s the way it is. Unless Oasis re-united and wrote another stone-cold classic like they did in the early nineties, everything will fall by the wayside. Whilst there’s nothing special about this album, nothing worth writing home about and nothing to force you to pull it off the shelf and shove it in your ears, it is indeed a victim of its own hype.

One thought on “Album Review: As You Were by Liam Gallagher”