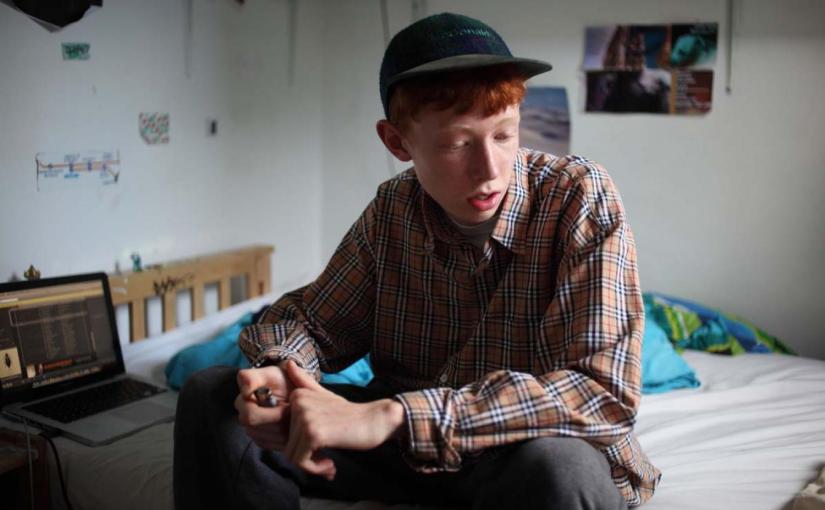 It has now been four years since Archy Marshall released an album under his most popular of his many monikers, King Krule, but he has signalled that the wait is almost over, with the release of this new track, Czech One.

Since his debut album however, Krule released an album under his birth name two years ago, and on A New Place 2 Drown, he departed from his signature guitar rythym and howling vocals to a more electronic and relaxed sound matched with more a laid back vocal delivery. In hindsight, whether his material as Archy Marshall was as impressive as his previous work, it was a smart choice to release it under a different name, as it wouldn’t be billed as The Sophomore Album, which many artists undoubtedly dread. This way Krule was able to delve into new sounds and ideas whilst still being able to go fresh into a second King Krule album.

After hearing the return of King Krule with this new track, it’s clear he has made the detour as Archy Marshall worthwhile. Czech One opens with a sparse piano backing track reminiscent of A New Place 2 Drown, accompanied with a similar soothing delivery, perhaps even more relaxed than before, verging on a spoken word style. Krule doesn’t hide the source of these influences, referencing that album almost by name numerous times in the first half of the track as he talks about finding “a place to hide”, “a place to moan” or “a place to write”. Perhaps this is Krule offering an explanation for his need to perform under his birth name, but either way this track announces his return as King Krule but acknowledges the importance of Archy Marshall.

Halfway through the track the piano melody dissipates into a burst of jazz-tinged sounds which incorporates Krule’s ability to slip in and out of genres so effortlessly that he demonstrated on 6 Feet Beneath The Moon. There is a lot going on in this track, perhaps too much for it to be an album track and it may more likely be a bridge connecting both his previous albums to this one, where Archy Marshall and King Krule become one.

Whatever this track may mean or foreshadow, it is definitely a good sign for things to come from Krule and he shows no desire to rest on his laurels and continues to expand musically. With an album clearly on the horizon, King Krule has heightened anticipation with this track and hopefully will deliver on its potential.

One thought on “Track Review: King Krule – Czech One”