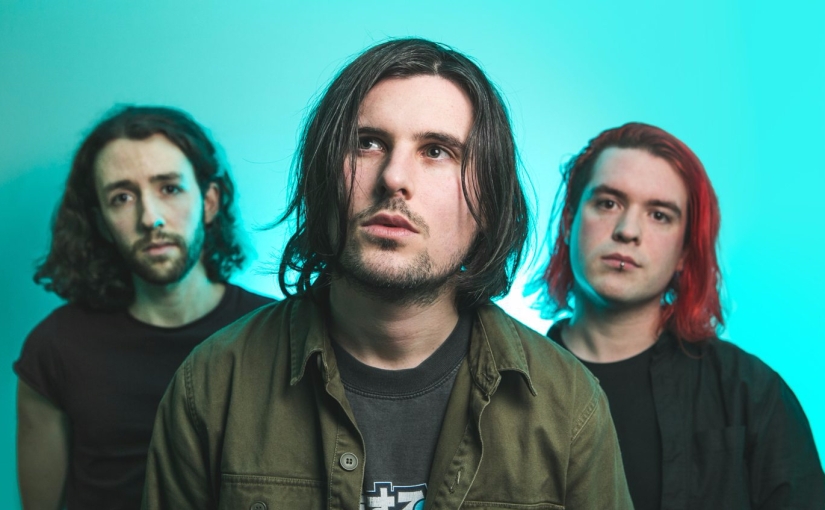 Irish rockers Fangclub have been around for 4 years now and are starting to form a great reputation in their homeland’s rock scene as well as in the UK. Their Bullet Head and Coma Happy EP’s were relatively successful and led them to support some big name artists, such as Twin Atlantic and Frank Carter. Having just dropped their debut LP, it’s safe to say that the garage rock outfit are set to have a bigger and brighter future ahead of them.

Intro track Bullet Head is a track that has already became a favourite amongst fans, having featured on their debut EP, and is the perfect way to show listeners what Fangclub are all about – opening with a hard riff, and a rough chorus, the song is the ideal way for the band to kick things off. Succeeding track Role Models continues this high octane action, throwing in some crashing drums into the equation that sound perfect, perfectly sounding for the band. While both songs may sound very similar, it ends up feeling like a sonically cohesive introduction to the band that packs a punch.

Songs like Lightning, again, very much sound similar to what we are used to from the band, yet still show some elements of new sound, with higher pitched guitar tones being just one fresh element out of many.  Lead single Bad Words is probably the strongest on the album, the powerful yet catchy riff being perfect for tiny, sweat fest shows and the vocals fit the feel of the song completely. The drums are another key aspect of this track, with crashing cymbals playing a key role in making the song what it is. Best Fake Friend perfectly showcases the rough side to the band, with gritty vocals really coming through on the chorus of the song. Drums also play a huge role in this track, perfectly setting the feel and tone of the track throughout.

Common Ground has a Foo Fighters like feel, quite like some B-side off Wasting Light. The guitar tones and vocals play a key element in making the track what it is. Better To Forget is a very strong and very well polished track from the band, with its huge chorus and unique tone, the track is surely set to be a fan favourite. The album is rounded off with the much slower Animal Skin, a track with very played out guitars and drums, and mellow vocals, a very fitting end to what is a highly anticipated album. Fangclub have managed not to stumble on their first full length record, something that many acts wish they could have done. While it may not be breaking any new ground, it kicks things off perfectly for the up and coming act, making it likely that we’ll see more of the band in the near future.