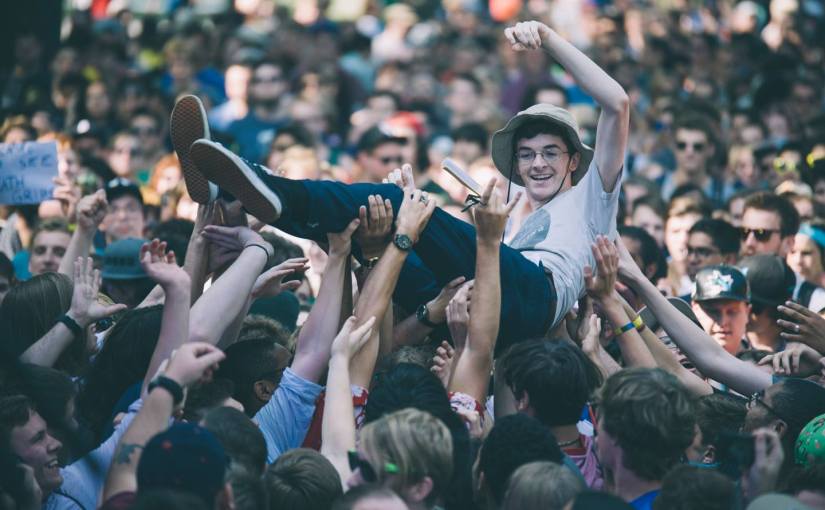 Picture the scene: you’re working 30+ hours a week but you’ve managed to get yourself some free time. You want to utilise it well by catching up on any great music that you may have missed out on so, naturally, you load up a site, let’s call them Tonespoon, and go have a look at their reviews. As you glance at the archive of albums you’ve missed out on…something doesn’t quite feel right – is it a coincidence that one of the artists set to appear at their festival is getting a “Best New Music” label? Then there’s this review that, yes, is well written but reads like a thesaurus had been used extensively and doesn’t really analyse anything the album says bar a quick line or two that could be taken from Rap Genius.

So, left just as uninformed as you did before you started this venture, you close your browser, open your choice of streaming service and listen to the new Linkin Park, dying a slow, painful death in the process. Well, that may be a gross exaggeration but sadly, sites like this do exist and slowly but surely, they’re causing a crack in trust between music journalists and fans, much like traditional journalism. Many may protest that these reviews have no impact on their opinions but for the majority, these pieces are widely considered when deciding to listen to music. We are living in the age of Spotify, Apple Music and…Tidal but while this means we don’t have to pay for each album we listen to, we’re offered a huge library of music that continues to expand with each passing week.

One sin that many sites at the moment seem to be committing that feeds into this can be split into two different subheadings. The first is the issue of PR being presented as endorsement of quality or reviews: for those unacquainted with the term, PR refers to public relations and in the music journalism sphere tends to relate to press releases that are sent out by the bucket-load, even to a small site such as the one you’re reading this piece on. Sadly, unlike many other forms of entertainment where sponsorships, endorsements and the likes have to be included in headings or somewhere in the content, these PR pieces do not need to be flagged as such.

This isn’t to say PR is inherently evil as some of the best pieces of music that have came to our attention have been delivered via the format. However, it does cause a bit of ambiguity when these news pieces are infused with review elements, especially when smaller sites assume they have to praise the music, usually with buzzwords and phrases included in the releases sent to them, in order for the piece to get shared by the sender. This isn’t to blame these blogs by any means, it ties very much into the importance of views in this profession which is a different matter altogether, but it no doubt makes people a bit unwary much like what happened with vloggers like Caisey Neistat and other internet celebs for not being clear enough.

The whole “mates club” definitely plays a role in these smaller blogs as well as bigger sites too, though we’ll get more into them soon. There’s nothing inherently wrong with befriending musicians, it helps you to give a better understanding of their music and there’s nothing wrong with being friendly, but when this bond stops you from being able to review their music with a critical eye then that’s where issues start to arise. Full discretion here – there’s been bands and acts we’ve reviewed that I would call friends of mine though this hasn’t stopped me from doing my job correctly as it would put my own morals and ethics into shaky territory.

While we’re on the topic of ethics, it’s an apt time to call into question those of the bigger sites, or more accurately their lack of any. A particularly good example of this would be MTV News, an organisation who have went through a recent restructuring which has revealed some rather tasty revelations, most notably one that shows many artists including Kings of Leon and Chance The Rapper pressured the site into removing negative reviews of their work.

Spin, one of the few sites that are in our good books, pointed this out, reporting that Kings Of Leon threatened to pull their set at the MTV Europe Music Awards, after a review on the new defunct MTV News site declared their ‘Waste A Moment’ single “almost aggressively anonymous”. As a result, MTV’s corporate executives instigated a rule that no reviews shorter than 500 words were to be published by the site. It would be so easy to point the blame at these artists, who should receive criticism for these attempts to censor, but for MTV to show absolutely no backbone is not only shameful but totally embarrassing.

However, MTV aren’t the only ones guilty of committing acts like this. NME have also went through a re-branding back in 2015 and have been criticised repeatedly for some of their actions, one being when the magazine used Stormzy on their cover without his permission. However, one major gripe I have with the magazine that doesn’t tend to be brought up enough is the severe lack of criticism from them: artists like Ed Sheeran who would have been the butt of a joke in an issue just a few years ago are getting plastered on the front cover and given four stars out of five for lazily written music. Quality is subjective but it definitely comes off as counter intuitive to market yourself as a music magazine but show no real morals and suck up to artists just so that you’ll be able to interview them in the future.

All these issues mentioned all play a part in music criticism being in a critical condition but the one sin that both the little guys and the big publications commit time and time again is a lack of any real reviewing going on. Repeatedly, I’ll read the same generic opening about how an album was released on a set date or how a certain song will sound so good live: the thing is, I really don’t care about how great a song will sound live, I want to know how it sound now, how it fits into the album’s narrative etc. This criticism brings with it the addition of numerical ratings which could be the focus of another piece entirely but to keep it short, they’re given out to generously – I can’t tell you how many times I’ve read an album review that finally does some actual critiquing, sometimes quite harshly, and ends up throwing it a 7 or 8.

Thankfully, there is a positive note to tie all this ranting together. While this piece may come off as harshly angled at small music blogs, the ones that fall into these negative behaviours are far and few between: many actively attempt and succeed in delivering honest, well written reviews. Maybe this is because there’s no pressure of having to appease to big bands and others as, more often than not, these opportunities to interviews are given to the aforementioned invertebrate music publications.

In addition to these blogs, the rise of YouTube has brought with it some influential content creators that have played a fundamental role in music journalism. I’m of course referring to Mr Best Teeth In The Game himself Anthony Fantano, a reviewer who time and time again I’ve disagreed with yet, ultimately, I find myself admiring what he’s done with his channel and what he’s done for a low of music journalists like myself.  Even if you find his taste in music questionable, he still manages to word his opinions wonderfully and presents a lot of professionalism while also not being a faceless entity behind a camera and keyboard. Both Fantano and other small blogs bring with them more trustworthy opinions as more often than not, there’s no meddling from labels and the likes. This doesn’t mean their opinion should be taken as gospel but the level of honesty is enough to convince those who may deem bigger sites as deceitful.

Though the title of this piece may imply that music criticism is all but dead, there’s still faith for it yet. Music journalists like myself can help alleviate this situation by being transparent, honest and thorough with our critique – in the process of this, we may be able to mend the trust between us and the public. As well as this, publications must be called out for horrible actions like the aforementioned which is something everyone can do. We are the many, not the few, and together we can make music journalism great once more.

There’s still life in this old dog yet, folks.

One thought on “Why Music Criticism Is Dying”