We may be a little while away from actual time travel but this past Friday, we got the next best thing. After nearly a decade without gaming’s favourite orange spinning marsupial, Vicarious Visions released a HD Remake of the original Naughty Dog developed Crash Bandicoot trilogy – not to spoil our review that’ll be dropping in the next few days but it’s a faithful recreation that manages to instil a great sense of joy and nostalgia, even to those who haven’t previously played the quintessential PS1 titles.

However, we’re not here to chat about how much we’ve enjoyed the comeback of Crash, Coco and co. No, instead we’re here to chat about a specific story that seems to have been gaining a lot of traction over the past few days regarding the challenge the game offers. Here’s a few tweets to paint the picture:

Playing/streaming Crash Bandicoot. Forgot how hard this is. Have already died many times. Halp. #CrashBandicootNSaneTrilogy

As soon as I saw this narrative that other gamers were trying to push, I rolled my eyes faster than the wumpa fruit icon. We are living in a time of challenging games after going through a period of hand-holding, difficult to die games (that are still around sadly), such as Dark Souls, Bloodborne, Binding of Isaac and much, much more. While Crash Bandicoot has a fresh lick of paint and other new goodies attached, it’s still very much a product of its time and isn’t a game to be included amongst the aforementioned titles.

A quick history lesson for those unacquainted with consoles before the PS2: analogue sticks weren’t always a thing. It wasn’t until around a third of the way into the PS1’s lifespan that analogue control was incorporated, allowing for all titles after to benefit from a greater level of dexterity and accuracy. Sadly, this meant that most early titles such as the original Crash were at a bit of a disadvantage despite the fact they were made solely with directional buttons in mind. The game is pretty easy for the first half, with only the latter portion providing a lot of challenge, some of which came from some cheap trial and error gameplay as well as the controls just not being up to scratch. 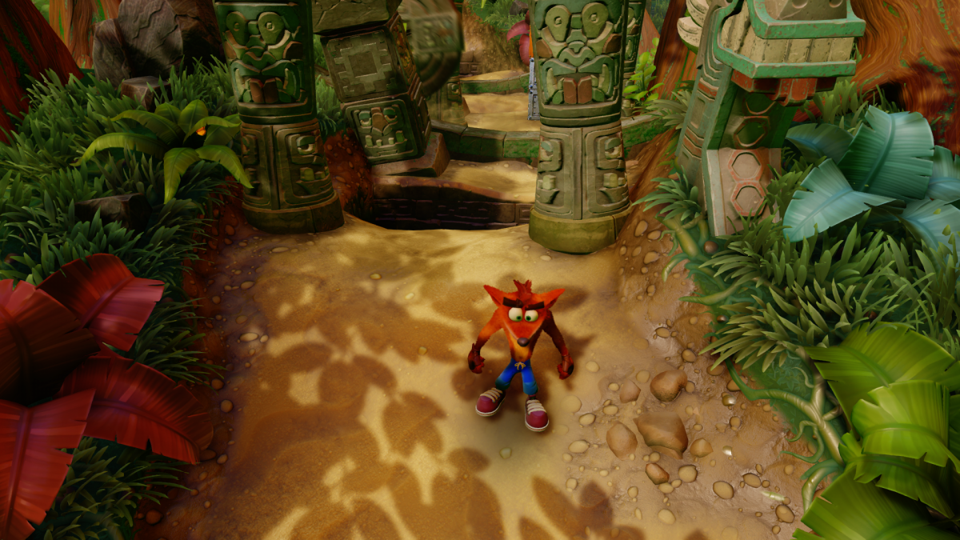 Naughty Dog were aware of these issues though and when it came to the sequels, Cortex Strikes Back and Warped, the controls were improved significantly with not only the analogue sticks helping out but a new bunch of skills at your disposal. Whether intentional or not, this meant that a great deal of challenge was alleviated from the games with most difficult stages requiring just a small amount of patience to be able to beat: after all, a lot of younger players managed to beat the game 100% so it wasn’t a Goliath sized feat.

Sadly, this outrage over difficulty seems to be unaware of this and it’s hard to pinpoint why. It would be naive to assume these people aren’t good at games, considering one of those outraged has managed to beat some Soulsborne games, but it may be the case that they aren’t good at these type of games.

They may have played it when they were younger but chances are, bar these early steps in the platforming genre in their early days, they haven’t returned to similar games since. The past few generations have been heavily reliant on gritty FPS shooters and action packed third person titles, which has allowed a remake like Crash to feel so refreshing more than 2 decades after its release. With this in mind, as well as many of these gamers being adults with full time jobs and growing up around a culture of speed-running and social network connected trophy hunting, that small amount of patience required to complete the challenges these games throw at you may have disappeared entirely. That’s not to say there’s not any challenge to be found in these games at all: Slippery Climb is a level that stole many a life from me in my early days and the time trials that are included in all three games will have you etching the layouts for each world into your mind. However, most of the criticisms I’ve seen revolving around challenge seem to be coming from levels which are, to put it lightly, simple – ones like the very first level of Crash Bandicoot which offers very little in the way of genuine difficulty, bar maybe the split path which requires you to hop on every box in order to get a gem.

Overall, the main point of this ramble isn’t simply to say “I’m better than you”, rather to show gamers trying to find difficulty where it simply isn’t. If anything, it’s a relief to see so much discussion surrounding an era gone-by and hopefully with this remake seemingly being a success, future titles in the Crash franchise could offer more of a challenge. Regardless, if you’ve made it this far and take one thing away from this rant, it’s this: just have a little patience.