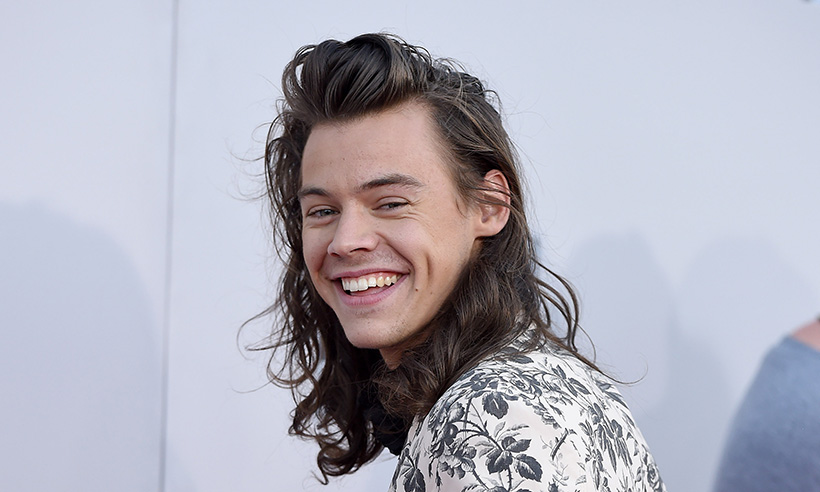 Brogan: Harry Styles has released his debut solo single and already I have a lot of opinions on it. Is it really what we were all expecting? Is there much more to this single release than meets the eye? Oli and I sure think so.

Oli: Whilst arguably this should be a bit of a talking heads piece where we both cheerily discuss and banter our way through the finer points of yet another debut single from yet another breakaway member of the imploded marketing campaign, One Direction, I’m more than willing to side with Brogan here. Already with some foaming at the mouth, declaring him to be the next David Prince-Jagger-Lennon-Cher, it’s high time for a hearty dose of calm the fuck down here.

Brogan: Firstly, let’s start with the name. Sign of the Times– fab name! If only it hadn’t been done before. The name is clearly a direct reference to Prince’s Sign O’ The Times and it has become SO blatantly apparent that his team is trying to sell him as the next Prince, and, as we have seen in news articles, the next Bowie too. That would be all fine and well- if we could actually see how he is similar to them.

Oli: Ah yes, what an inventive name Sign of the Times is. Not identical to Prince‘s Sign O’ the Times (Released as Sign O’ t’Times in Yorkshire), the all knowing record company have swapped o’ for of to really distinguish between the two song titles. Whilst I’m well aware of and accepting that song titles will often repeat themselves and that’s just par for the course in such an expansive musical universe, how fucking stupid do you think we are to package a solo boyband artist as the next Prince and pinch one of the dead man’s song titles for good measure. Whilst the purple velvet strings around Prince’s back catalogue have been loosened, allowing you to throw D.M.S.R in a pre-drink Spotify queue, pinching one of his song titles is a bit much.

Brogan: The same thing, selling Harry Styles to be like anyone other than himself, happened to Styles when he was in One Direction. His team so desperately tried to pitch him as the next Mick Jagger with his dress sense and photo shoots. But did it work? I don’t think so. I don’t know how he could be compared to such independent thinking artists who were ever changing and innovative. To me, Harry Styles is an image that his team use to sell songs. I can’t help but feel we don’t know who he actually is? WHO IS THE REAL HARRY STYLES?!

Oli: We will never see another Prince or Bowie in the same way we’ll never see another Kanye or Kendrick, and why? Because they were and are icons, innovators who didn’t play the game they were in, they rewrote the rule book altogether. Whilst they’ll influence future generations both directly and indirectly, it’s detrimental to suggest that [new artist] is the next [icon] on both sides of the coin. Why? On the one hand, it merely says that this brand new artist with plenty to offer the musical world now has no identity and is just the Saturday night tribute act, and on the other hand, you’ve turned to millions of fans around the world and said that your icon has now been replaced, quite quickly, by someone you’ve just heard of.

Brogan: After seeing all that promo from his team after the single was released, I decided to listen to it. Now, I’m not trying to slag off the song by any means, but it never fit the bill for me. It seemed very forced and not how I expected him to sound at all- maybe I thought this purely on what I was reading before I listened! I couldn’t see any Bowie similarities in there and the only thing that would liken him to Prince was the song title! I was surprised not to hear anything even remotely similar. Perhaps a failed marketing campaign from his team on this one.

Oli: Whilst this track is not a bad track by any stretch of the imagination, what’s sullied this track for me is that they’ve tried to market him as two of music’s biggest icons at once. Furthermore, every soulless record executive in the world probably rubbed their hands with glee when both men passed away, knowing that there was an easy sellable Greatest Hits bonus in their next paycheque.

Brogan: He should have been pitched him as purely Harry Styles. I say this because he has millions and millions of fans out there who would jump at the chance to buy and listen to work by him. People everywhere would have wanted to hear what Harry Styles sounds like- what’s his style? Former bandmate, Zayn Malik, released his solo work and everyone went crazy. Purely because it was Zayn in his own right- he even said that this is the type of work he wanted to do all along, which made me think a lot at that time too. Are these boys always going to be a product of their marketing team? Are they always going to be told how to look/sound in order to sell money? Has Harry not managed to break free from this yet? It’ll be interesting to see what the future holds for Mr Styles and his solo career.

Oli: Such a move is not the fault of Harry Styles himself. He’s probably just a lad who wants to sing songs and obviously walk away with a sack of money that would make a game of Monopoly look frugal, but has left selling the track he’s made in the hand of record executives, record producers, and soulless marketers to make sure that they maximise profits for themselves, completely stripping both Harry Styles and his music of any identity. They’ve seen a floppy haired white boy, slapped a load of bumper stickers that say “PRINCE!” “BOWIE!” “YOU LIKE!” all over him and thrown him into our faces, not actually allowing to carve out an identity of his own. Harry Styles can have something truly wonderful here: his own identity. Not just one of the boys from One Direction, not just another face and voice used to sell records, he can be his own man, his own talent and shape his own destiny, but if he is forever left to be packaged as your next icon, his best hope is not featuring on a “Where Are They Now?!” article on, oh, I don’t know, Buzzfeed.