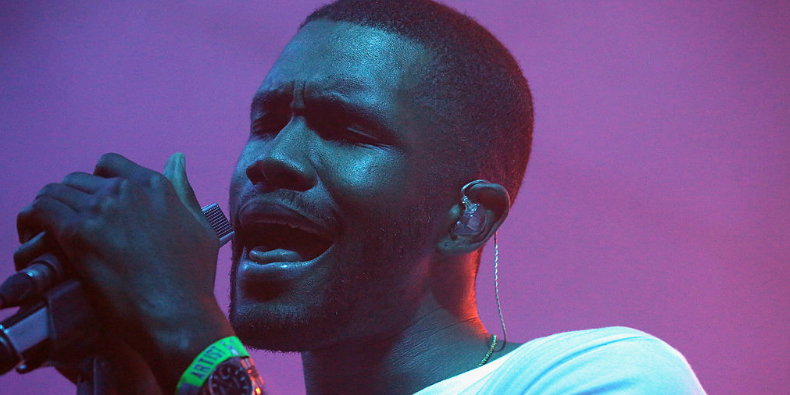 Christopher Breaux, more know to the world as Frank Ocean, has once again surprised the world with more glorious music. The latest addition to his discography is the dreamy Chanel, which debuted on Apple Music’s main radio channel Beats 1 during the second episode of Ocean’s own show blonded RADIO. Played on repeat for nearly an hour, the world was shook by this sudden addition to the era of Blonde.

Even though Chanel is suspected to have been written post-Blonde it still plays with the same themes, a lack of conventional ‘verse-chorus-verse’ song writing (with the exception of returning lyrics and motifs) and lush instrumentation. The most interesting part about this song is that even thought it was written within a year of the release of Blonde, I personally feel like it wouldn’t fit on the last album. It seems Ocean has almost evolved musically in the last year, possibly influenced by the latest feature he had appeared on, Slide by Calvin Harris.

The song from the start is a beautiful mix of piano, bass and jazz-influenced percussion, (drums and percussion being absent for the majority of Blonde, showing a progression in instrumentation). Layered vocals is a key focus point of Ocean’s music, giving that fuller sound and the etherial backing vocals rich with reverb drift straight through you. Lots of references about ‘new money’ and being rich also hint to the song being written post-Blonde, as he released his second album independently and made lots because of it. Ocean has more of a rapping tone to his voice for a majority of this song too which hasn’t been touched on much since Super Rich Kids from his debut album Channel Orange, which is refreshing. Some lyrics seem slightly mumbled and thrown away at some point which is the only downside, but it’s very minor.

What Frank has always excelled at is pouring his personal life and feelings into his music without seemingly pushing it down your throat, and Chanel is no different. Back in 2012, Ocean came out as bisexual, which was a big moment for the Hip-Hop/RnB scene, also having appeared in many Odd Future songs (Odd Future being known for their brash, offensive lyrics, of which sometimes included homosexual slurs), it came to a bit of a shock for the world but was followed with incredible support.

The returning motif of the song is that Ocean “can see both side like Chanel”, referring to the Chanel emblem and hinting to his bi-sexuality. The first line “My guy pretty like a girl” is again still showing the world it’s okay to be able to talk about these issues such as homophobia, which is why many have always appreciated Ocean as an artist, as he’s not afraid to take big risks, changing the game and pushing the boundaries of conventional song writing.

Singer-songwriter with a long love for all things musical! View all posts by Will Sexton