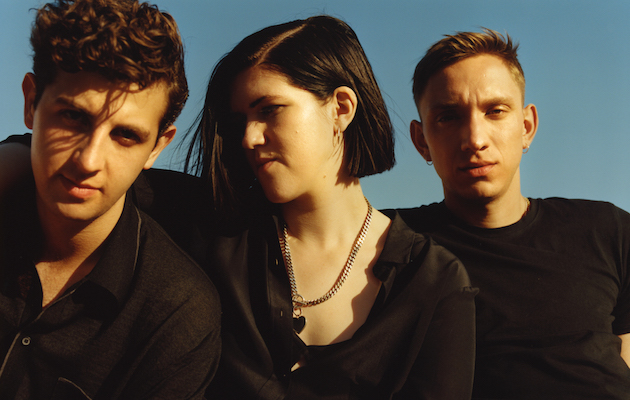 Having been absent for the best part of half a decade, the return of indie darlings The XX is sure to be one of the most highly anticipated events in the musical realm this year. Their third LP I See You is set to see the band channel a more distinctive sound and a more positive, open and “expansive” concept than their previous two albums. These words are sure to be reassuring for those that thought their sophomore record Coexist did little to build upon what the band had crafted on their self-titled debut. With two tracks being released in the build up to I See You’s release on January 13th, it’s time to review them and see if the London act has put their money where their mouth is.

Released late in 2016, On Hold sees The XX show member Jamie XX show off his sampling moves that he exercised perfectly on his debut In Colour while fusing this with light shoegaze elements that the band has dipped their feet into previously. The use of Hall and Oates’ I Can’t Go For That, albeit a sped up and warped edit, gives the song a much-needed burst of energy that many critics of the indie rock outfit have slated them for lacking. On top of that, the song from the duo’s 10th record is a good match due to it sharing the theme of mixed signals that, while being a retread lyrics wise for The XX, makes it feel like a well-thought inclusion rather than just a simple appeal to critics. While the vocals of Romy and Oliver may have not underwent much evolution over the five years since we last heard them on an XX project, both performances do the job and are as alluring as ever.

Incorporating a rather obscure line from Alessi Brother’s self-titled 70’s debut, Say Something Loving is possibly the most uplifting track The XX have ever delivered which is quite a change considering the band are well known for their somber, sometimes depressing sounding music. Full of shimmering pop goodness, the vocals here are more impressive with the clashing of Romy and Oliver being much better suited than anticipated with Romy sometimes touching on some unmarked territory for herself. The love adorned lyrics help The XX to claim that level of intimacy that has made them such a delight to listen to and with their current direction to further shake up their formula whilst still not stripping away this critical element, they may very well be on their way to deliver their magnum opus.

One thought on “So far, so good? The XX’s latest tracks REVIEWED”