Having toured extensively and released multiple LPS over the past few years, London based act Maxdmyz talk about their tales on the road as well as influences and their weird mish mash of genres that help to keep the band’s creative juices flowing.

Can you tell us how your band first came together, and what that whole process was like for you?

Jay (drums): Well, it didn’t quite happen like that – Twister’s the only remaining founding member – I’ve been with the band a good while now –  Vortex, Roger and A’Zedd joined a year or two ago. When I joined, I was at a creative loose end after leaving a long-term project – I was really into drum ‘n’ bass and hip-hop as well as black metal, techno and loads of other stuff. Teaming up with Twister was an experiment – a happy one as it turned out.

What sets your band apart from anyone else?

A’Zedd: Every band is unique by definition. If you’re asking what makes us different – all I can tell you is what makes me want to be in the band. It’s just how good the songs are – simple as that – and I think every musician in the band lives and breathes the music – it’s the honesty and energy of the performance and the playing. And there’s a kind of weird but powerful charisma in everything we do.

How has the sound of your band grown since you first started out?

Roger (guitar): When I first joined, I listened pretty much to everything in the repertoire and was knocked out by the range of musical styles Maxdmyz has embraced over the years – although always to one degree or another dark, heavy and hard – from electro influenced ambient metal to heavy rock and some really experimental stuff.

What does it take to be on top of your instrument/vocals, and can you tell us a bit about your practice routine as a musician?

Twister (vocalsI): I’m a trained vocal teacher, and it really helps to understand how the voice actually works.  So I do daily routines to try to keep my voice in top condition – I don’t smoke and barely drink, stay trim and exercise – meditate and warm-up before rehearsal and gigs – it all has an impact. I wanna be able to have the choice to sound like Lemmy but not have to, if you know what I mean. 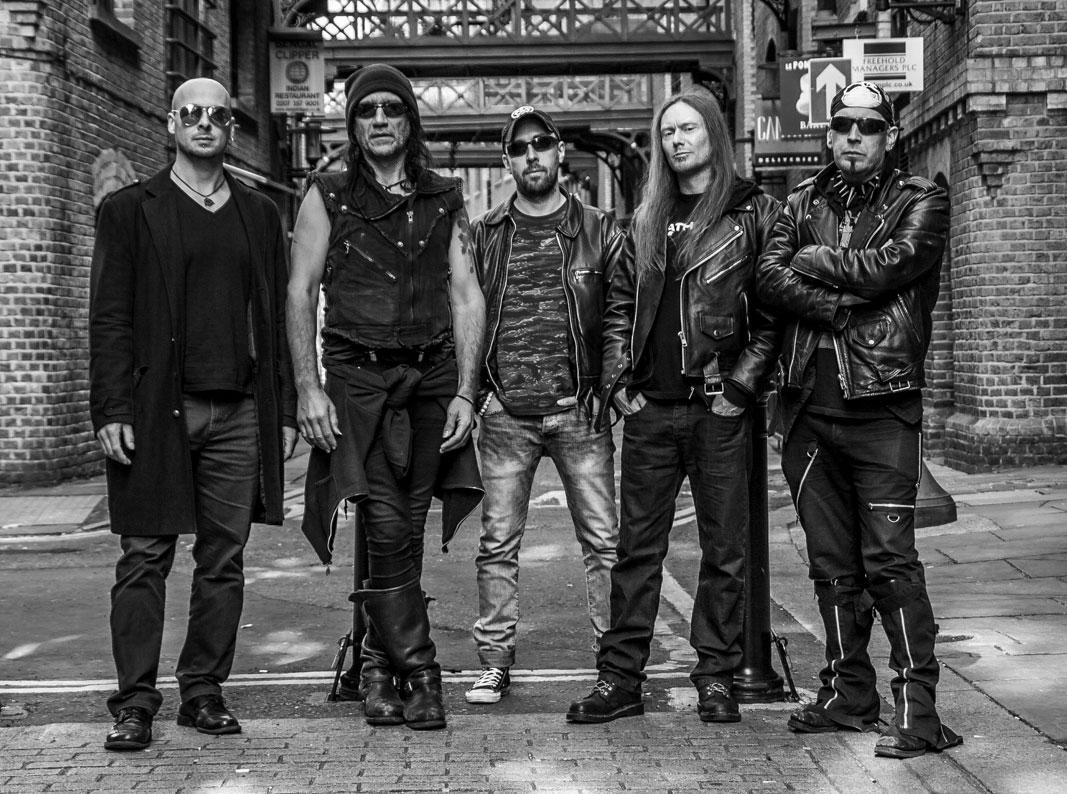 Can you tell us about the current equipment you use?

How long does it take to find that perfect set up? Or is it just a constant work in progress?

Vortex (keyboards): We’re all established musicians so we pretty much know how to get what we’re going for – having said that, I think all of us are open to ideas, messing around with new gear, and always working to refine our sound.

Alternatively, what’s the most rewarding part about being in a band, and why?

Jay: It’s the most amazing thing in the world, just to have had the luck of being born with talent and then having the chance to play with other great musicians. If it ever gets tough, I never get despondent – I remember talking to a mate of mine who had a really high-paying job and a nice house and everything like that – I didn’t have a pot to piss in at the time, and he said to me that he’d give it all away in a minute just to be able to sing or play a musical instrument – it’s something money can’t buy.

What can you tell us about your latest release, and why should our readers check it out?

A’Zedd: We’re between releases right now – we’re currently working on a new EP, provisionally titled, Alchemical Metal, with a full album out in the spring. The last album was The Hate Plane, and the single off it was called Grieve – you can check that on our Bandcamp page and Youtube. If you like heavy music, melody, brutal beats, groove and aggression, then – yeah – you should check it out.

What do you want this release to do for the representation of your band?

Roger: Enhance our  reputation as writers and musicians – we’re not one of those bands who want only to appeal to a small clique or be a cult band – we want to appeal to as many as possible – and we hope the next batch of songs are going to do this – I don’t care who connects with our music as long as they do.

Touring wise, can you give us a couple of personal highlights from your time on the road since you started out?

Twister: Coming back from a gig in New York, painted entirely red and wearing only a denim jacket and rubber trousers – oh, and boots. They tried to pull me out of the queue – I hadn’t slept for three days and gave them a piece of my mind – as if dressed like that I was going to be dumb enough to  carry anything through customs. And, speaking of rubber trousers, and it might have been the same pair – but I was on stage once and they snagged on a mike stand or something – well, they fell off during the show – by the end, I was basically wearing a rubber G-string – it was a pure accident – but people thought it had somehow been staged – hilarious!

What do you like to do on the road to pass the time?

Vortex: Golf and being kind to animals. No, seriously, drinking, sleeping and fornication – that’s it. And listening to whichever band member it is complaining about having to drive.

Where would you really like to tour the most in the world, and why?

Jay: India. I heard the other day that somebody walked a thousand miles to Calcutta to watch Iron Maiden play – now that’s dedication. The audiences are incredibly enthusiastic – and the scene sounds so fresh. It’d be nice to have some more of that!

What bands have really influenced you over the years, and why?

A’Zedd: Miles Davis – because of he’s both subtle and complex.

Roger: The Beatles, because of their mastery of harmony and melody.

Jay: Nile, because of their raw aggression and technical excellence.

Twister: The Doors, because of their insanity and mystery.

Vortex: The Velvet Underground, just because.

What does it take to maintain a healthy relationship within a band?

A’Zedd: No idea – tell me when you find out.

Where do you see your band in five years time?

Roger: I don’t know where we will be – but I can say where we would like to be – better, bigger, stronger.

Vortex: We’re looking forward to finishing the EP and playing in France in October. You can find all our dates and stuff at our website.

One thought on “AN INTERVIEW WITH: Maxdmyz”