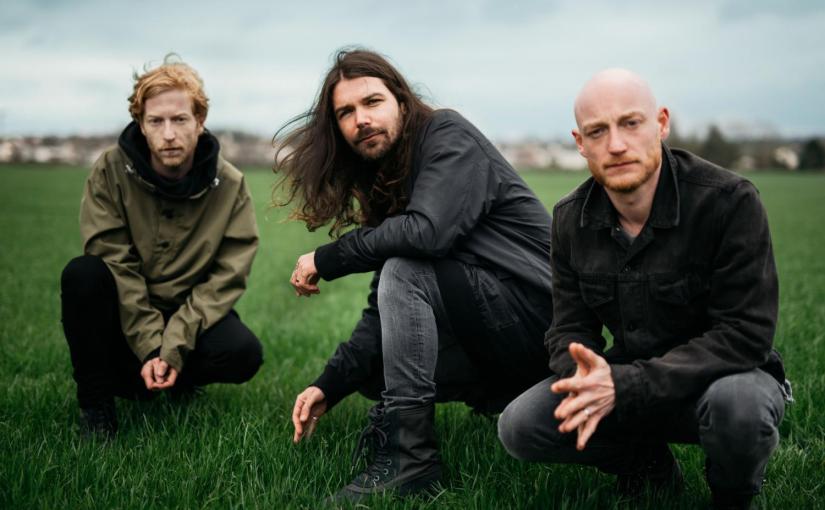 Not lacking the joy, discovery and invention which made them rock juggernauts, Biffy experiment further on their latest LP. Does it live up to the hype?

It’s a relief to see that seven albums in a two decade spanning career haven’t rendered Biffy Clyro a serious and sulky version of their former selves. You’ve got the childlike “record this” and giggling that precedes the vocoder heavy intro to Wolves Of Winter ,which is reminiscent of something out of a cyberpunk flick, as well as the band swapping out old faithful Garth Richardson for Muse and Frank Turner producer Rich Costey. Take into the account some of the weird as fuck things the band did, “we were recording crickets outside our window every night” confessed Simon Neil in a Q+A with NME, and it’s clear to see that Biffy aren’t wanting to play it safe. In the words of Neil himself, they’ve ” never just wanted to be a routine band – you know, reliable old Biffy Clyro! We’d rather be completely unreliable and have people think we’ve lost the plot”.

With all this firmly in mind, you’d expect the band to return to their Infinity Land unpredictableness though appeasing firmly to this fanbase would have no doubt been detrimental to them. It’s not like we’re dealing with the same Biffy who seemingly popped out of nowhere, better known as Kilmarnock, to play grungy and gritty music in small venues: there are just as many who have grown up with Biffy 2.0, the prog rock era starting with 2007’s Puzzle, as there is the Biffy veterans who will glare at those who even suggest that they prefer Only Revolutions to Blackened Sky. Instead, we get an album that is made for both though will no doubt leave those yearning for the sound of the first three albums feeling a bit disappointed.

The production on Ellipsis is very much a clash of styles, trying to infuse the lo-fi grittiness of their earlier albums with the sleek, tradition style of their last three albums. Sometimes it can lead to some of the album’s best moments like In The Name Of The Wee Man for instance which manages to holm the same unapologetic aggressiveness that make Biffy a force to be reckoned with, ending the album on an absolute whirlwind with a screaming, ballistic climax that could melt your fucking face off. Then there’s the first track that got teased at Hogmanay titled On A Bang which is what I’d expect OK Computer to have sounded like if it was injected with steroids with whirling guitars and weirdly fitting percussion managing to compliment a crackly hostile, gang vocal chorus.

Sometimes it can lead into some territories that many wouldn’t have expected the band to venture into such as Small Wishes, a country song that manages to deliver Neil’s post independence referendum angst with lyrics comparing Westminster to “a lizard ship” capturing what makes the band so much fun even if the sound is fairly stripped back. Flammable feels devilishly funky and while it may not possess many of the traits that got fans excited such as manic drums, it follows the modus operandi of matching angelicness with grittiness such as the smooth, polished vocals being paired up with a dirty bass line which does enough to feel like Ellipsis is trying to do something different even if it’s just baby steps.

When the band take it down a notch with some staple ballads, of which there are two, things get a bit mixed. The first one Rearrange falters a bit with a constant upper register for the entire song not managing to evoke the same emotion that the instrumentals on here are so desperately calling out for. On the other hand though, Medicine seems destined to join the likes of Machines with its emotive subject matter and though it may not break into anything extraordinary like Folding Stars, the track does more than enough to hold your interest. Who’d have thought a song about weed could sound so sad?

Speaking of faltering though, this is where the constant animal imagery comes into play. While the primal theme that makes up a large chunk of certain songs like Animal Style, where it feels justified due to the predator and prey build up in the instrumentals, the whole wolves imagery can sometimes feel a bit ham fisted and though the intention of Ellipsis isn’t to be some concept record revolving around the animal kingdom, the way some songs suffer lyrically to abide by this can leave a sour taste in the mouth.

Biffy Clyro have been one of the most interesting acts to grace British rock ever since their debut Blackened Sky. The weirdness that fueled them for so long seems to be something that fans and critics question the band constantly about, doubting whether or not it exists anymore. Due to this, the “fight rock, pint-in-the-face rock” aesthetic that Ellipsis wears is unsurprising to say the least and is what drives the record, acting as a giant middle finger to those who have doubted them previously. The album is far from perfect and doesn’t quite feel like Biffy 3.0 but it does more than enough to stand out from previous records. As the band have stated themselves:

Well this is Biffy fucking Clyro and they’re fucking back with avengeance. They’ve lost the plot but it’s a joy to listen to it.