As we bid farewell to the first half of the year and set out for a new batch of high quality albums and singles, now is a better time than any to have a little retrospective on what we experienced or, better yet, enjoyed between January and July of 2016. Of course there are plenty that I’ve missed out and it goes without saying that these are personal choices so if there’s any albums that I’ve missed out that you’ve loved, chances are I’ve either not listened to it or just didn’t enjoy it as much as you. With that being said, in no particular order, let’s get on with it…

Blackstar is a special album for an array of reasons: it was Bowie’s first no.1 album in America as well as being his 25th album. Seen by many, including producer Tony Visconti, as a parting gift to fans before his untimely death, Bowie managed to make art even when fighting for his life. Inspired by Kendrick Lamar’s 2015 record To Pimp A Butterfly, Blackstar infuses jazz as well as elements of hip hop and rock to make an album that’s not only worth a listen but one that does the late king of, well, music justice.

Modern Baseball have always had a healthy heaping of heart with their witty pop punk sound and Holy Ghost doesn’t stray away from this. Jake Ewald has suffered the loss of a family member and Brendan Lukens has undergone rehabilitation with both artists getting their own halves to experiment and create their own unique music that fuses effortlessly with one another. Holy Ghost further solidifies Modern Baseball as a band to be recognised as well as one to be feared, despite how much they may be scared themselves.

A Moon Shaped Pool manages to leave a positive imprint on the listener’s mind after every playthrough. Swapping out paramount guitars with ambient keyboard sounds and creating this irresistible, distinct sound makes it clear that you may not be able to teach an old dog new tricks but Radiohead will certainly lead the class.

Kanye West – The Life of Pablo

Starting its life off as a mess, The Life Of Pablo has slowly evolved since to become a worthy addition to the ever egotistic Kanye West’s discography. Featuring some of the man’s most adrenaline pumping tunes as well as some introspective gems, TLOP managed to take itself just serious enough without forgetting to have a bit of fun in the meantime.

With Bottomless Pit, Death Grips have managed to cross past successes with their own creative wit to deliver what is without the long awaited evolution of one of the most exciting acts of the 21st century. Displaying the accessibility of The Money Store, the punk influences of Ex Military and the utter craziness of The Powers That B, Death Grips can’t seem to falter on their golden run.

2015 belonged to Kendrick Lamar. In a year full of police brutality and heated politics, To Pimp A Butterfly stood out as the jazz drenched perspective of a man from Compton who has witnessed both, an album that even now I’m struggling to put into words. Untitled Unmastered is very much an extension of what made Lamar’s last record so great, acting like a sweet piece of musical DLC and managing to stand out on its own merits.

While there may be a criticism from those who feel like some songs rely heavily on framework that the band have established and used for decades, The White Album undeniably feels like the record that Weezer have been leading up to for years. It won’t go down in history for redefining a genre but such an ambitious feat is one that is stumbled upon rather than sought after. The nerdiness is even more introverted, the romance even more anxious and fleshed out than before, and the grunge pop sound even more satisfying. You can shout it from the rooftops: Weezer are back and better than ever. 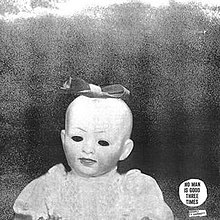 It’s an achievement in itself for an artist to still be evolving eight albums into their discography but what’s even more commendable about Ty Segall is how he still manages to sound just as refreshing as ever on his latest LP. Emotional Mugger may have fell under the radars of many but with its garage and noise rock aesthetic worn on its sleeve, it’s definitely an LP worth a listen to.

“Blessings keep falling on my lap” Chance The Rapper wistfully chimes and he couldn’t put it any better on his first proper foyer into mainstream territory. Acid Rap blew up and got him a shit-load of attention which he hasn’t let go to waste with Coloring Book, a bombastic release that reinforces Chance’s status as one of, if not the most important rapper in hip hop alongside Kendrick Lamar. In a year that has had albums dropped by some of the biggest names in the industry, it’s nothing short of a surprise to have Chance deliver the best hip hop album of the year as well as providing one of the best releases of the decade so far. Chance has a sniper level of accuracy to execute exactly what he sets out to achieve. Alert everyone: we’re living in the golden age of Hip Hop.

PUP – The Dream Is Over

Although the band have stated that their name stands for “Pathetic Use Of Potential”,PUP have managed to build upon the strong foundations of their debut LP and hone all of their anger and punk influence into one of the most solid records of the year. In the band’s own words, The Dream Is Over is a “rowdy, noisy clusterfuck” and while it may hark to a low point in their personal lives, this visceral record highlights an act who, health warnings or not, are unstoppable.