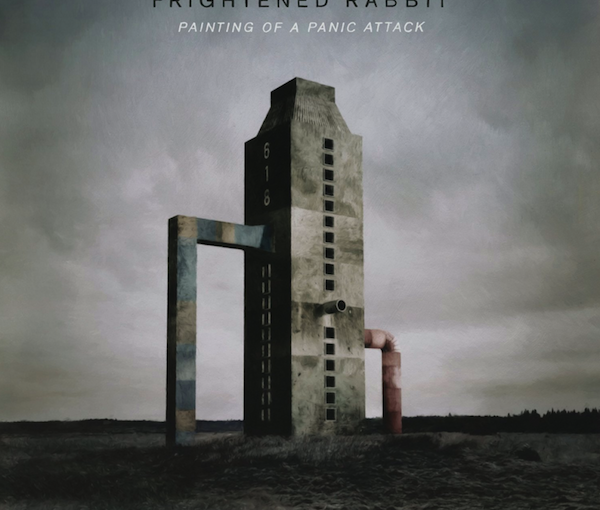 It has become far too common for bands to talk about a “reinvention” while on the promotional trail before a new record is released, only for them to have repeated themselves with a few minor tweaks, or to have done the exact opposite and to have thrown away what their fans loved about their previous releases.

Frightened Rabbit began using this not-quite-clichéd line before the release of their 5th album “Painting of a Panic Attack” and, on the face of it, you would expect a sense of evolution from this record. It’s been 3 years since the release of their last LP “Pedestrian Verse” and in that time guitarist Gordon Skene has left the band, Simon Liddell has became a fully fledged member rather than just a live guitarist, singer and songwriter Scott Hutchison has released a solo album under the moniker Owl John, and he has moved to Los Angeles and back to Scotland.

Perhaps the most significant change is Hutchison’s move to LA and back. He initially found himself stateside as he was living with his girlfriend, but he struggled to adapt to his new home, and the relationship deteriorated, and both of these experiences serve as the lyrical muse for the album.

Now, anyone who knows anything about Frightened Rabbit would be forgiven for hearing that “Painting…” is a breakup record, looking at the track listing to see titles like “Death Dream”, “Woke Up Hurting” and, particularly, “An Otherwise Disappointing Life” and thinking that this is yet another depressing Frightened Rabbit album about heartbreak and a breakup, and that “Painting…” does not feature this reinvention that they spoke about before its release. But this is exactly where the record’s genius lies. 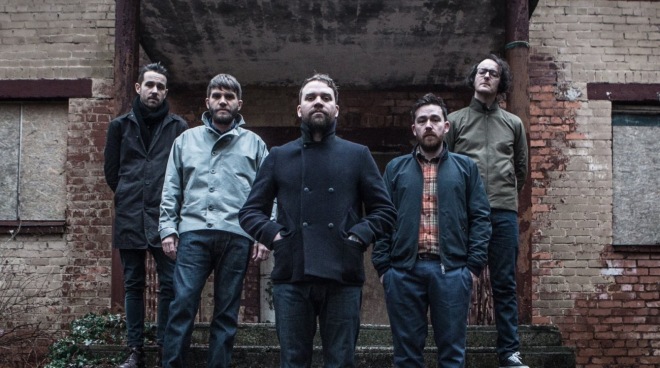 “Painting of a Panic Attack” manages to find exactly the right balance between foreign and familiar. It features some of Scott Hutchison’s most poignant poetry since 2007’s “The Midnight Organ Fight” but propels Frightened Rabbit into a whole new universe sonically as they have moved away from their cocktail of folk/indie/rock that they crafted so well in their first 4 albums, culminating in “Pedestrian Verse”. On “Painting…” the jangling guitars and punching drums make way for humming synths, electronic drum beats and floating piano.
The fluttering piano sound is evident in the first seconds of the entire LP, as opener “Death Dream” begins with a soft atmospheric sound, before some lush piano chords ring out, providing the perfect bed for Hutchison to paint the picture of a beautifully horrific dream of his. It’s worth noting that this piano is played by the album’s producer, Aaron Dessner of Cincinnati rock outfit The National, but his production on this album deserves a lot of acclaim as he gives the songs a real sense of spaciousness.

The next 4 tracks are a reminder that Frightened Rabbit have not done a complete sonic U-turn, as they are fast-paced guitar driven tracks that wouldn’t have been out of place on any one of their previous records, but they also showcase what makes “Painting…” so special as the big choruses that Frightened Rabbit are known and adored for are created with buzzing synths and electronic drum sounds rather than the crashing cymbals and acoustic guitars of previous records. 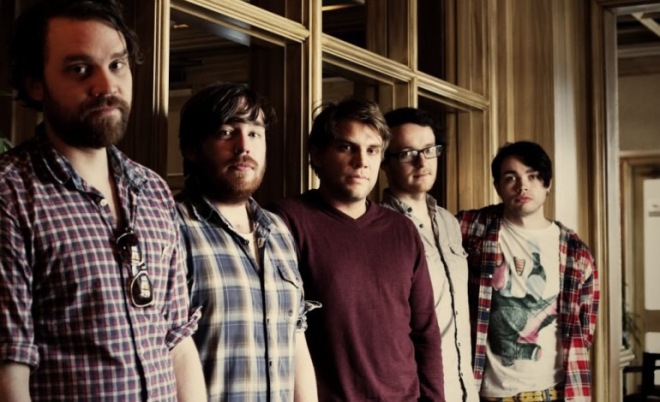 A lot of the tracks on this album are much slower and more sombre than anything Frightened Rabbit have ever committed to record before, and this works beautifully in highlighting Scott Hutchison’s simply stunning lyricism. “Still Want to be Here” is a simple enough song musically with distant guitar notes and frequent electric drum sounds but Hutchison’s lyrics about his feeling of isolation in his adopted home of LA make it such a stand out. “400 Bones” continues in the same vein, as Hutchison brutally addresses the faltering intimacy in his relationship.
The album ends on possibly it’s 2 strongest tracks, “Lump Street” is almost a 2-part track, as it begins with a moody feel, created by synths which create a buzzing that feels mildly uncomfortable, before it explodes into the type of guitar anthem that fans will be familiar with. The album ends, quite fittingly, on the minimalist acoustic track “Die Like a Rich Boy” which beautifully showcases why Hutchison is one of the best songwriters in the business.

“Painting of a Panic Attack” is an album where Frightened Rabbit have taken a lot of risks, which is why this should be used as an example of just how to truly evolve as a band. The sonic changes are much more than tweaks, but the songs are all unmistakably Frightened Rabbit songs, and they come together to show the band at their very best.