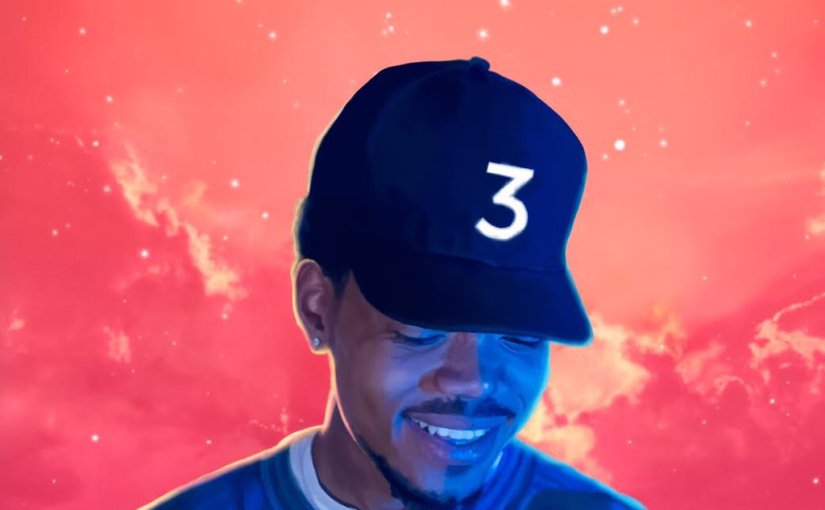 “Blessings keep falling on my lap” Chance The Rapper wistfully chimes and he couldn’t put it any better on his first proper foyer into mainstream territory. Acid Rap blew up and got him a shit-load of attention which he hasn’t let go to waste with Coloring Book, a bombastic release that reinforces Chance’s status as one of, if not the most important rapper in hip hop alongside Kendrick Lamar.

2016 seems to be the year of resurrection for Gospel’s influence on music: While Bloc Party‘s aptly named Hymns featured haunting choirs and Kanye‘s The Life Of Pablo promised to be “a gospel album with a whole lot of cursing on it”, Chance seems to be following the mantra of third time’s a charm quite fittingly. Not only is Coloring Book the Chicago artist’s third official mixtape but it’s the first successful LP this year in terms of seamlessly and effortlessly implementing biblical overtones without alienating the most stern of non believers.

We have All We Got, a glorious track that packs a punch in not only its drill beat but the accompanying Chicago Children’s Choir who somehow manage to overshadow Kanye’s feature on this opening track who does adds very little. Then there’s Blessings that’s gospel influence is felt not only in its sound but its lyrical content: lines about redemption, fatherhood and faith are subtle with the main hook from Jamila Woods being infectiously catchy. It may be rather obvious but Chance has never been ashamed of showing his love for his faith and it’s refreshing to see an artist show a bit of a deflated ego rather than have them claim to be a god themselves.

Coloring Book isn’t a one trick pony though. It’s a layered hip hop gem that manages to deliver a consistent, ever enjoyable sound while never losing its integrity. Even with some features from the biggest artists in the world right now like the aforementioned Mr West and Justin Bieber, none of the tracks which they appear on are totally reliant on being cameo pieces. Arguably the best track on Coloring Book, Same Drugs further touches upon this subject by using an allegory to the classic Peter Pan tale to reminisce about the past and question the present. It’s an endearing song that acts as a nice change of tempo from what can only be described as “bangers” as solidifies Chance’s future by displaying his versatility.

In a year that has had albums dropped by some of the biggest names in the industry, it’s nothing short of a surprise to have Chance deliver the best hip hop album of the year as well as providing one of the best releases of the decade so far. Chance has a sniper level of accuracy to execute exactly what he sets out to achieve. Alert everyone: we’re living in the golden age of Hip Hop.