Starting off as a solo project, Dane Jacob Faurholt has managed to recruit some budding new members over the years to create Crystal Shipsss, a band sticking their fingers in many pies and it’s debatable whether or not it’s too many. The act were brimming with potential but fell short on it whenever their self titled EP dropped back in 2013 and on Holly, their fourth LP, it seems like the act are still struggling to find their footing.

Featuring an opening track that is far too stagnated and plain to justify its running time, it would benefit greatly from a shorter length, Crystal Shipsss effort shines through but unfortunately it doesn’t result in anything that’ll hold your attention for anything longer than one listen. There’s a definite Tame Impala tinge to the tracks on display but they lack the depth and lyrics to let yourself sink into the psychedelic aura that many find so desirable. Even some of the tracks that grab your attention by title alone like Eerie fail to live up to promise with their being very little to evoke any emotion from you other than “meh”.

The vocals don’t help either as, like I’ve mentioned, the lyrics don’t provoke any intrigue and the performances on Holly just feel very safe: it’s all very polished and any “raw” and truly classic shoegaze appeal of their earlier work has been stripped away.

Is it a terrible LP? Far from it. Some noisy outbursts manage to surprise and maybe that was the intention: keep things deceivingly calm to make these out of the blue audio attacks have that much more of a punch to them. There are some tracks here that are relaxing and refined, meaning that there are redeeming features on Holly: it’s just a shame there isn’t more of them.

What stings though is the lack of variety, something that, given time, could easily be worked upon by Jacob and co and I can totally respect the attempts Crystal Shipsss have made to evolve. For the mean time though, Holly is another piece of bubblegum pop that, much like gum itself, loses any taste in a couple of minutes. 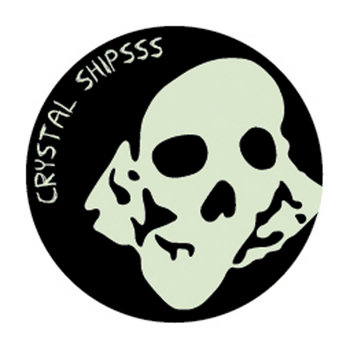