In news that will surprise no one, I love Star Wars. Ever since I was a youngster, lying on the couch watching the original trilogy on VHS, I’ve always had an attatchemnt to George Lucas’ epic saga.

That’s what made purchasing the original Star Wars: Battlefront games on PS2 so easy. You have the rebels fighting the imperials but unlike the movies, you’re not just witnessing it from the perspective of Luke or Solo: you’re on the battlefield, dodging projectiles and all sorts. Many hours were spent playing Galatic Conquest, which no doubt led to the premature death of my trusty PS2, and although the games haven’t aged all that well, it still holds a special place in my heart.

The series then went into hiding for almost a decade and when developers Lucasarts were closed down following Disney’s purchase of Lucasfilm and, in turn, Star Wars itself. We all thought this meant that Battlefront 3, which had been in development for years after the 2005 release of its predecessor, was all but gone.

Then it happened. The teaser trailer in 2013. The subsequent reveal trailer in 2014 and all the gameplay that followed. There was Hoth, there was AT-ATs, there was John Williams’ iconic score. There was all of this and more that made Star Wars fans everywhere have to pinch themselves to make sure they weren’t dreaming. 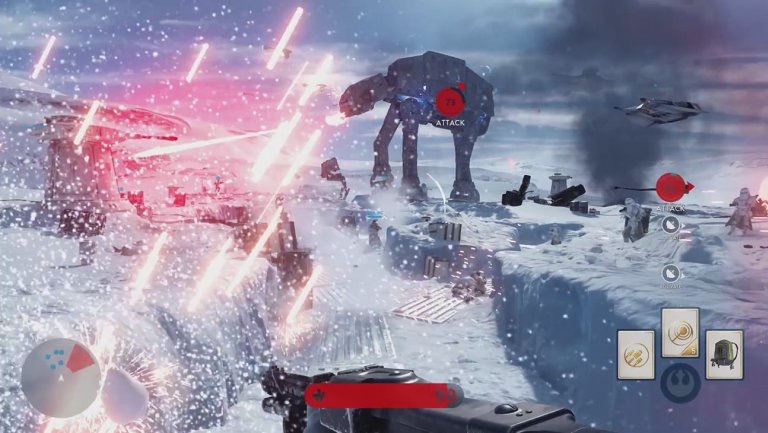 So this is what made downloading the Beta last week a no brainer and thankfully I wasn’t disappointed. The beta definitely wasn’t without fault and maybe I’m best addressing the elephant(or AT-AT) in the room: Walker Assault on Hoth.

Before I go into criticising the mode, let’s give a brief description on what you actually do. In the 40-player Walker Assault mode, the Rebel side tries to destroy two Empire AT-ATs by securing outposts to call in Y-wing bombers. Empire forces, meanwhile, try to keep the Rebels from activating the command posts. All sounds fairly fun on paper but if you play it for even a few minutes, the cracks begin to show.

Unbalanced is pretty much the only word that can describe it as playing as the rebels is only enjoyable if you’re some respawning sado masichist. The imprerials definitely have the upper hand with the ability to take control of the AT-ATs to go on a full on massacre though thankfully this isn’t on demand, instead a randomly chosen event that doesn’t happen too often.

A lot of people have said that it’s down to strategy and that over time they witnessed the rebels winning more and more but when the developers of the game, Dice this time round, are saying it’s unfair, there’s definitely something that needs done. However, on the rare occasion when the game actually feels balanced, it was a hell of a lot of fun and felt like a proper Star Wars mode, unlike Sullust’s Drop Zone which, although enjoyable, feels like a Battlefield game mode with a Star Wars skin on. 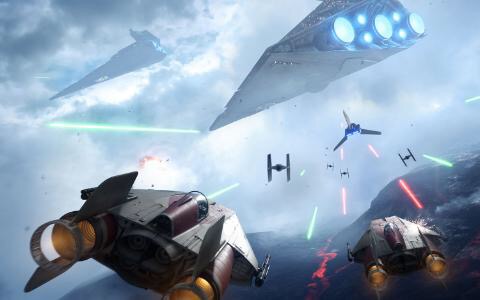 Despite this, I had a great time with Battlefront. Walker Assault might have its aforementioned unbalancedness but it was still highly enjoyable and just knowing I was fighting on the iconic snowy planet from Empire Strikes Back gave me chills, no pun intended. Even the Survival mode, which can be played with friends and on your own, was a heap of fun and if there’s even more planets to play on with greater enemy variety in the final product, it could be a solid alternative to COD’s zombies.

I’ll close this post on a note since I did witness a lot of people getting awfully negative about Battlefront over the past week and of course they’re entitled to it. After all it would be a bore if everyone just agreed about everything and just made do with what they have so this in no way me moaning about them moaning . However, what these people have to bare in mind is that it’s just a beta. Since it was released, 3 new game modes have been announced and DICE have taken all the feedback on board to try and craft the best game they can make. I remember the Halo Reach beta being a bit of a disaster and it still remains one of the best multiplayer games I’ve had the fortune of experiencing.

Take off the rose tinted glasses and you’ll see a game that’s full of potential and fun if you give it a chance.

So what are your thoughts on the Star Wars Battlefront Beta? Love it? Hate it? Leave your opinions, both good and bad, in the comments below since I’d love to see what you thought of it. Also don’t forget to follow me on Twitter @blinkclyro for some more fanboying.