Black Key’s front man, Dan Auerbach, has released his second solo album since his debut, Keep It Hid, in 2009. Auerbach’s new album, Waiting on A Song is an album written, it seems, for one purpose; time travel. The songs and the sounds are undeniably influenced by past stars and it sounds like something you would have heard if you had been at Woodstock.

Waiting on a Song is a very satisfying mixture of sounds that are so delightful it’s hard not to feel completely relaxed as you listen. Indie anthem of the year. Many Black Keys’ fans have been anxiously anticipating it’s release and now that it’s finally here, let’s have a look at this 10 track phenomenon.

The eponymous titled track is one that really gets you involved in this album and being the first song, it couldn’t have had a better position on the track listing. It is a total blast from the past revamped and it just works so well. The song sounds almost like America would sound in the 70s and the music video just totally confirms this feeling. The video is a montage of young kids and the good times they share with each other before they move away- making the song perfect for this. Listening to Waiting on a Song will get you gearing up for a road trip with your friends and spending some quality time with each other.

Fourth track Shine on Me is a feelgood song that is bound to cheer anyone up. This track immediately starts with a funky, quick guitar riff and you know that it’s going to be a good one. The song is something that would be perfect for a trip and with its catchy chorus which doesn’t say too much, but it doesn’t need to, it’s hard for this to not get stuck in your head. The chorus simply repeats shine on me, but it is very fitting. Other lines such as I’m allergic to the tears contributes to the feelgood nature of the song and really brings it all together.

Livin’ In Sin is very similar to Shine on Me as the feelgood feeling is present here. It’s a happy, catchy song and the chorus repeats livin’ in sin and with catchy guitar riffs, you can’t go wrong. Again, this is a song that doesn’t need a long chorus to do the job. The song has a country feel and is bound to be instantly appealing to your ears. Never in My Wildest Dreams is a cutesy guitar love song (everyone is a sucker for one of these) that pulls you in straight away. The lyrics are that of a relatable nature making the song just that little bit sweeter: “you’re just too good to touch I can’t discuss it much I get too choked, don’t wanna make a scene”.

Now, Malibu Man is a song that really stands out. The song begins with a piano sequence that can be likened to that of The Doors. Already, you’re transported to a different decade thanks to the blues sounds and you’re almost waiting for Jim Morrison to start busting out some lyrics. It is a great groove and confirms the time travel feeling.

King of a One Horse Road is a fantastic song with many different influences within it, the 60s influence in it being felt through the chords and riffs. Dan Auerbach has captured something within his song that is just so so clever it’s fantastic- the past. The song is about a struggle and songs of this nature are a very appealing thing to many as we all like a song we can relate to. This song is definitely one of the first you should listen to if you’re going to try out the album.

Cherrybomb is another worthy mention at it just oozes with groove as Auerbach’s vocals take you on a journey. The song is a classic hit with a little kick of kind of spice that is irresistible. Similarly, Undertow has the same effect. This track begins with a beat that keeps on going and sounds like Auerbach is stomping is foot on the ground (making you want to as well).

Waiting on a Song is so clever; it is delicious. The album is a total blast from the past that will have you transported somewhere to the 60s and 70s within seconds. If someone had told me this album was from these decades, I’d have believed them. It’s so authentic it’ll make everyone want more. However, it does have a modern twist on it that justifies its place in the 21st century (and some awards too). Dan Auerbach has done a remarkable job. 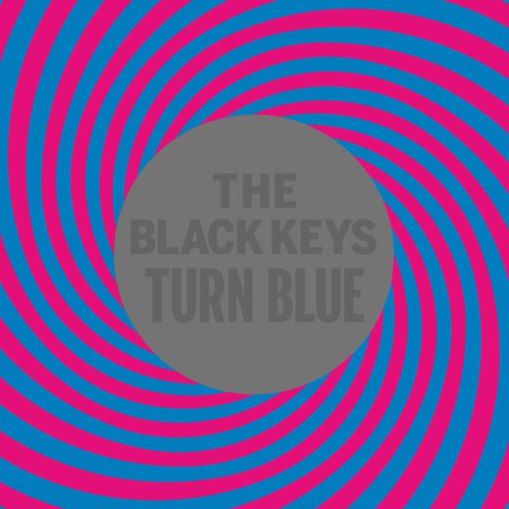 The Black Keys aren’t exactly new to the music scene. In their career that has spanned 13 years, Dan Auerbach and Patrick Carney have released 7 albums that have gathered praise from critics and rock fans alike, most notably their 2010 release Brothers which brought the duo a lot of commercial success as they were now a grammy winning household name. Have the Ohio boys managed to continue their golden run with Turn Blue or has the success finally came to a halt?

One thing that you can rely the Black Keys delivering the goods on is production values and Turn Blue isn’t any different. Co-Producer Brian “Danger Mouse” Burton returns to lend a helping hand after assisting on El Camino and Brothers and his involvement really shows, managing to use the band’s blues rock canvas and fine stroking every detail that adds to the artistic brilliance of this album. This isn’t just a one man effort like it may have been back when the band started off as Auerbach and Carney are well regarded producers themselves with Dan assisting the likes of Lana Del Rey while Patrick has helped with lower profile bands like The Sheepdogs. You’d expect too many producers meddling with the sound to spoilt it but it does just the opposite.

After 8 albums, you’d expect Auerbach and Carney’s quality song-writing and talent to slip somewhat but you’d be wrong. The title track manages to highlight Auerbach’s falsetto voice’s finesse which prowls after Carney’s pitter patter drums which help to create a song that’s large in scale and one that needs to be listened through earphones, as advised by the duo, to really experience every fine detail that it captivates. Fever, the record’s first single, has an almost cyborg sounding background noise at the start and the rest of the track is just as interesting, showing the duo’s funkiness and an organ melody that once you’ve heard, you’ll fall in love with instantly. In Time features some ghostly vocals that are weirdly seductive sounding at the same time, as if Patrick Swayze somehow made his way onto the track. One of Turn Blue’s highlights has to be opening track Weight Of Love that has an intro so reminiscent of Pink Floyd’s Speak To Me/ Breathe that you can see the 70’s influence escaping from your earphones. At 7 minutes long, it ‘s dangerously close to overstaying it’s welcome but its absence would definitely be one that would be missed.

Other critics, I’m looking at you NME, might complain that Turn Blue isn’t like the band’s previous outings but when an alteration of the formula sounds as funky, psychedelic and overall amazing as Black Key’s latest record is, is that really a bad thing? The duo’s golden run is still continuing and at this rate, it’ll be one to make Dorothy herself jealous.