As bloggers will argue night and day about what is the best program ever to be aired on television, it’s likely that The Simpsons will be missed out in favour of your Game Of Thrones and Breaking Bad though that shouldn’t be the case. While animation tends to get the cold shoulder when it comes to serious recognition, there aren’t many programs like Matt Groening’s yellow cult classic hit.

Back in July, I touched on all the times the show left us a little bit teary eyed though it’s the moments that left us clutching at our sides, bursting with laughter that we all tend to remember most fondly when thinking about one of the longest-running sitcoms on television. Seeing as part one was so well received, it’s time to do what Hollywood does best and make an unnecessary sequel: without further ado, let’s do it!

Lawyer: Robert, if released, would you pose any threat to one Bart Simpson?
Sideshow Bob: Bart Simpson? The spirited little scamp who twice foiled my evil schemes and sent me to this dank, urine-soaked hellhole?”
Jail Representative: Uh, we object to the term “urine-soaked hellhole”, when you could have said “pee-pee soaked heckhole.”  – CAPE FEARE (S5,E2)

Homer: Guys are always patting my bald head for luck, pinching my belly to hear my girlish laugh.
Marge: Hmm, that doesn’t sound like they like you at all.
Homer: You know, I think you’re right. First thing tomorrow morning, I’m gonna punch Lenny in the back of the head!
– Last Exit To Springfield (S4,E7)

Mr Burns: Now I have no one to leave my enormous fortune to. No one.
Smithers: Ahem —
Burns: You, Smithers? Oh no, my dear friend. I’ve planned a far greater reward for you. When I pass on, you shall be buried alive with me.
Smithers: Oh…goody. 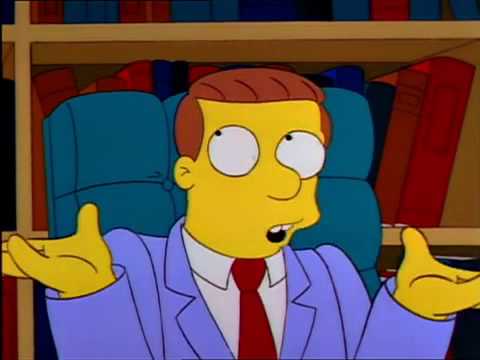 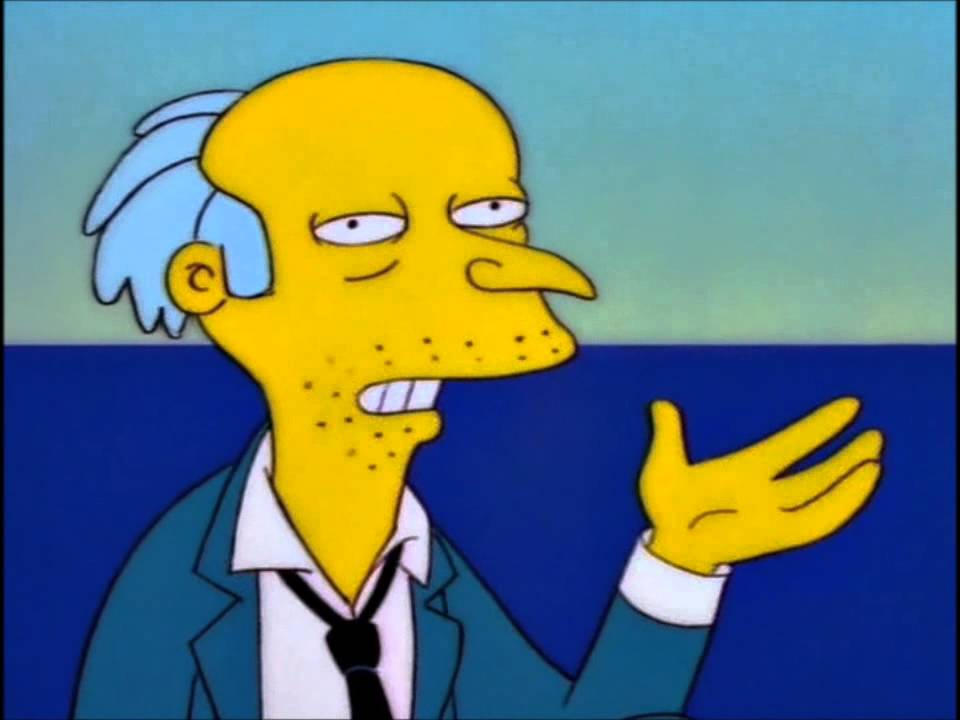 Marge: Why don’t you take this potato? It’s pretty big.
Bart: Mom, you’re always trying to give me potatoes. What is it with you?
Marge: I just think they’re neat.
–Sweet Seymour Skinner’s Baadasssss Song (S5,E19)

Mr. Burns: Men, there’s a little crippled boy sitting in a hospital who wants you to win this game. I know because I crippled him myself to inspire you.
Milhouse: (to his mom and dad) I hope they win, or Mr. Burns said he’s coming back.
– Homer Loves Flanders (S5,E17) 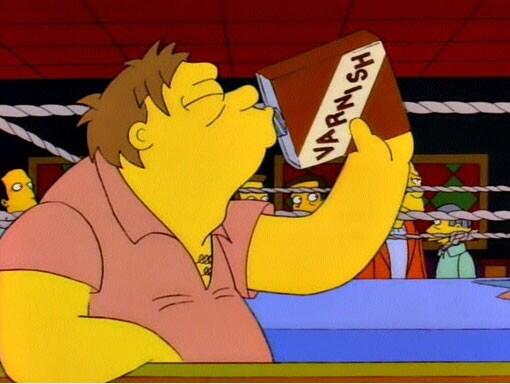 Barney: Man, you’d never get me into a ring. Boxing causes brain damage.
– The Homer They Fall (S8,E3)

Moe: Them immiggants. They want all the benefits of living in Springfield, but they ain’t even bothered to learn themself the language.
– Much Apu About Nothing (S7,E23)