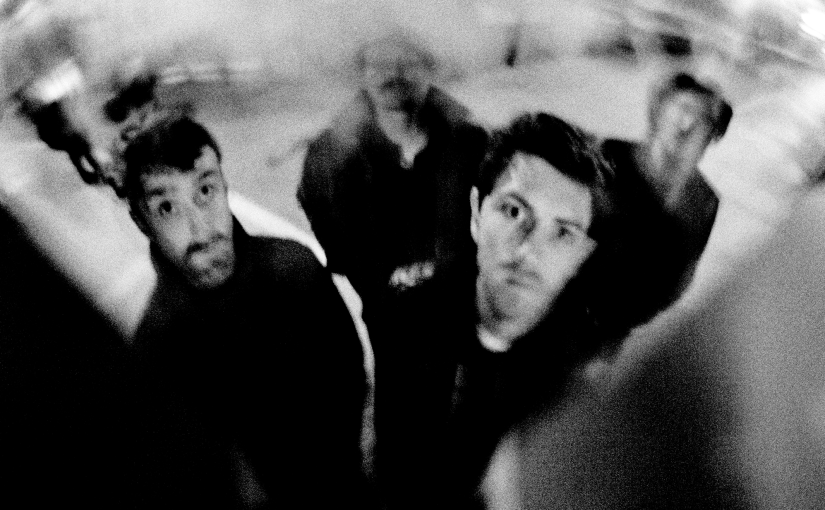 One of the most exciting times to be a fan of a band is when they abandon cryptic social media posts and “teaser” trailers (which all acts seem to do these days, unless they’re stratospherically famous and can pull off a “surprise” album release….Kendrick, Radiohead, Beyoncé) and actually release some music. One band who have recently let fans hear the first glimpse of their new album are Twin Atlantic. If you’re unfamiliar with Twin Atlantic then they are a four-piece alternative rock band from Glasgow, consisting of Sam McTrusty (vocals/guitar), Ross McNae (bass/keyboard), Barry McKenna (guitar/cello) and Craig Kneale (drums) and they have built up a large and loyal fanbase over the course of their 9 year career, which has seen them release 3 albums: Vivarium (2009), Free (2011) and Great Divide (2014). It was on the Great Divide tour that the band really showcased their popularity by headlining the 13,000 capacity SSE Hydro in their hometown of Glasgow.

That Hydro show was really the last hurrah for Great Divide, and Twin Atlantic followed it up by getting into the studio and recording its successor, simply titled GLA, which Sam McTrusty announced on BBC Radio 1 when debuting new track “No Sleep”, saying that the band wanted to make an album that is authentic to them as people, and that they felt the best way to do that is by naming it after their home city of Glasgow (the abbreviation comes from the airport code for Glasgow Airport). GLA will be released on September 9th, and Twin Atlantic have already released 3 tracks from the album. The lead single is the aforementioned “No Sleep”, but they have also released opening track “Gold Elephant: Cherry Alligator” and the latest song was given its debut by Zane Lowe on Beats 1, entitled “Ex El”. In this piece, I will talk about each track before doing a full review of the album when it drops in September.

This was the track that Twin Atlantic teased before they released full details of the album. The band’s official YouTube account posted “part 1” of this song over a week before the lead single “No Sleep” was played on Radio 1 and GLA was announced. However, even just as a teaser, this came as a welcome surprise to long-time Twin Atlantic fans. 2014’s Great Divide is undoubtedly Twin Atlantic’s most commercially successful album, but some fans felt that the album was too “poppy” than they expected from the Glasgow band, and many expected Great Divide’s follow up to continue in the same vein. But “Gold Elephant…” is a complete departure and is arguably the heaviest track Twin Atlantic have recorded in their entire career.

The track starts with some whispered vocals, before a bass riff and some drum beats kick in and really get the song going. There is almost a manic feel to this track which is partly created by Sam McTrusty screaming completely abstract and random lyrics, including shrieking the words “gold” and “recreation” repeatedly. The lyrics are about as weird as you’d expect from a song called “Gold Elephant: Cherry Alligator”. GLA’s opening number seems to be over as soon as it starts, as, rather than winding to a finish, it literally cuts out at the end, almost as if it has ignored a curfew and has been shut down by bosses.

As I have mentioned before, this track is the lead single from GLA and was given its debut as Annie Mac’s “Hottest Record” on BBC Radio 1. This song is similar to “Gold Elephant…” in that it starts with a Ross McNae bass riff. The verses of this song are carried by a Sam McTrusty vocal and a Barry McKenna guitar line, before the bass riff kicks back in for the chorus, where we once again hear Sam McTrusty screaming the simple but catchy two-line chorus “I get no sleep/days on repeat”. This song is completed by a nice breakdown and bridge in which Craig Kneale plays a drum machine instead of an acoustic kit for the first time in Twin Atlantic’s career. Expect this song to be a highlight in Twin’s much-praised live show, as the song is both heavy and catchy, which is sure to make it a hit with crowds.

Both “Gold Elephant…” and “No Sleep” have been a radical change in direction for Twin Atlantic, as they see the band at the heaviest they have been for years. However, “Ex El” is the curveball from the album of curveballs. Everything about this song is weird and unlike anything Twin have ever done – even the title, which is just a roundabout way of saying “Extra Large”.

The song begins with a buzzing, which sounds like it has been created by snyths, before some punctuated guitar strums make themselves heard, and these combine to create an atmospheric bed for the distant sounding screams from singer McTrusty, where he seems to take aim at artists and the music industry as a whole with the lyrics “People love their voice more than anything/ people laugh, people scream, till you listen to them/and I wouldn’t listen to them”. The song then evolves into a variation on the type of big chorus people expect from Twin, before the second verse where the vocals sound even more intense.

After the second chorus, the song goes into its most ethereal moment, a breakdown which is complimented by Sam McTrusty’s vocals on a loop while singing the most fitting lyric of the entire album – “I can change”. On the basis of these 3 tracks, Twin Atlantic have definitely changed on GLA.