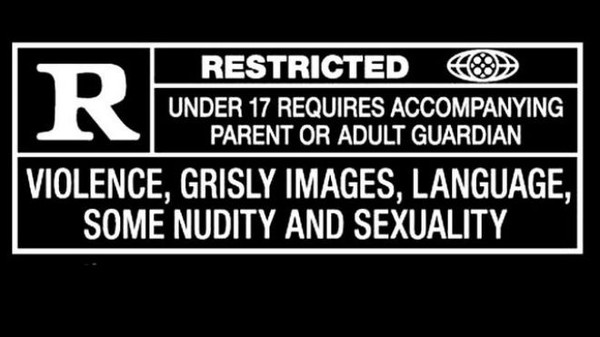 With Hollywood set to unleash a new wave of R-Rated films, I discuss why this could be detrimental for movies.

It’s seemingly impossible to look at any source of entertainment news without seeing something about Deadpool, a film that, carrying a $58 million budget and a handful of dick jokes, has become the ultimate underdog story. Grossing over $500 million since its release nearly three weeks ago, the film received praise from many (including myself which you can check here) and started a discussion about the superhero genre having new life breathed into it.

Suddenly fans were becoming less focussed on their interwoven universe and concentrating more on all these other characters who could be given the same appropriate adult treatment usually expected from a Tarantino film.

Just like any kind of success however, Hollywood have taken notice of Deadpool’s success and glazed other films with the same “no children allowed” brush. Now we’re getting a truly dark and violent Wolverine film to say goodbye to Hugh Jackman’s sharp handed mutant and an R-rated cut of Batman Vs Superman for its home release.

This immediately set off alarm bells for me as this isn’t the first time Hollywood have jumped on whatever is popular. Who could forget the countless amount of Star Wars imposters after the series came out of nowhere to become one of the best selling pieces of media ever or, and more relevant in this case, Christopher Nolan’s reboot of Batman which resulted in an onslaught of moody, dark takes on popular fictitious characters (honestly, who cares about a gritty take on Dracula again?) that still continues today.

Many others before me have pointed out a very important point about this “rise” of r-rated films and that is that branding a film with that age rating doesn’t mean that it’ll be successful: in some cases it can do the complete opposite.

Take for instance Watchmen, a great film in my eyes but one that I can’t deny underperformed when it hit the big screens. If the R-rating could not save the adaptation of one of the most critically acclaimed novels of all time, one that stands amongst other greats like 1984, then it seems pretty clear that branding a film as such will in turn not result in $$$.

What Hollywood need to realise is that the reason for Deadpool’s success is the team behind it: you had the original creators backing it, the actor who had pushed for the film to be made (so much so that he is 70% sure that he leaked the test footage online) as well as writers who knew the character and were driven to make the film they wanted without interaction from heads at FOX. Whilst people went crazy for Deadpool getting that age rating, they didn’t flock out to see it because of that. They went to see it because the trailers made them laugh, the promotional material was exactly what it should have been and it wore its fourth wall breaking humour on its sleeve.

James Gunn knows a thing or two about unconventional superhero films since, after all, he made 2014’s biggest sleeper hit Guardians Of The Galaxy and recently posted on Facebook about the comparisons between his film and Deadpool.

“The film has a self-deprecating tone that’s riotous. It’s never been done before. It’s poking fun at Marvel. That label…

Unlike Hollywood executives, Gunn knows that the reason for a film like GOTG and Deadpool’s success isn’t because it’s different but because it done what the original creators set out to do. Whilst the former paved way for the latter, both films are still recognised for not being afraid to be unconventional or themselves and in the same way, Hollywood shouldn’t be aimlessly marking films due to the success of one movie.

Personally, I can’t wait to see an R-Rated (I’ve wrote out this word so many times my brain is going numb) cut of Batman vs Superman as I know from seeing The Dark Knight Returns that both characters suit that treatment. Fans are already speculating that we’ll get to see the death of people close to Bruce Wayne and this is what I want to see Hollywood, films getting what they deserve because it benefits the viewer and improves their experience.

Not so you can fill your pockets yet again.