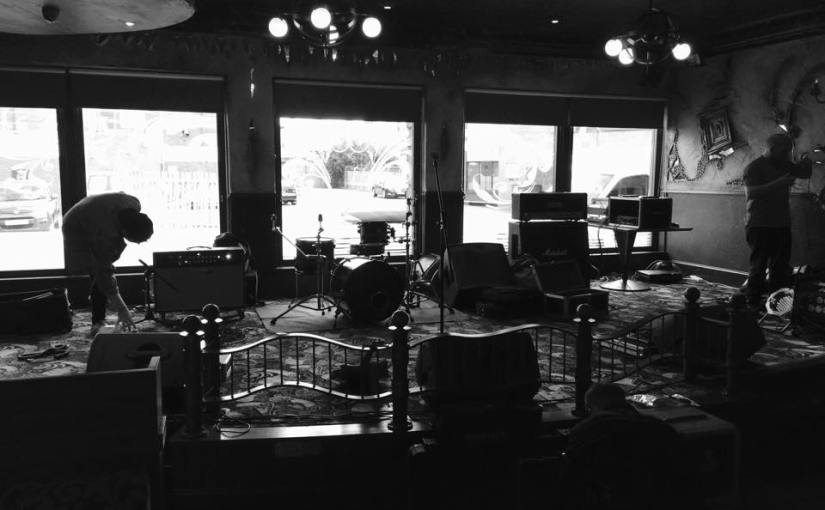 Ayr isn’t short of talent. The wee town in South Ayrshire has its history pretty much built on it, whether it be the amazing buildings scattered around the town, being home to the Gaiety Theatre where many young ones and old ones have a great time at the pantomime or being the place where Robert Burns spent most of his time writing.

Music is the main thing that comes to mind whenever I think of Ayr. Whether it be the puntastic Ayr Guitar that’s been the starting block for many musicians or the multiple cafes that encourage said musicians to perform, Ayr consistently churns out some amazing bands and musicians.

All this prologue leads me to Echo Valley, a trio of boys from the town that managed to arrange a night full of not only local talent but acts from all over Scotland. The band were originally meant to headline but their drummer, replacing David who left the band earlier this month, fell ill and so they were on second. They didn’t let this shortcoming set them back though as they gave those who attended the West Of The Moon that night their money’s worth and then some.

Brothers Liam and Shaun, with guitar in hand, marched around the stage like EV was spray-painted all over it, working up a sweat while Daniel kept calm and collected on vocals. Not to say that he was at a stand still during the entire gig, frantically playing bass while still managing to deliver laid back vocals which give the band some of their charm. However the highlight of any Echo Valley gig is when everything perfectly intertwines like during Twisted In A Spell which is reminiscent of Arctic Monkeys before they donned the quiffs and leather jackets. Whether it be the dynamic sound like this that the boys do so well or the more composed, psychedelic tracks like Forgotten Son, it’s no surprise why the band have managed to support the likes of Peace and they made it crystal clear on Wednesday that they’re an act to be remembered.

Echo Valley weren’t the only ones to put on a great performance that night. Codist started the night off and, if I’m being honest, I had never heard of them before but thanks to word of mouth, I was very hyped to see what they were like. What I experienced was one of the best performances I’ve seen from any act in my 3 years of attending gigs. With their guitarist Sam parting ways with the band back in August (departures seems to be a running thing in this post), the Glasgow act are now a trio but they still pack just as much of a punch as any other band.

The only way I could put their sound into words is if you put Biffy Clyro’s gritty, stripped back tone from Blackened Sky in a blender with Weezer during their blue album era, something that, in my opinion, is one of the greatest compliments any rock act could receive. Although they had travelled and waited a fair wee bit, the pure passion and effort Phil, Michael and Tom put into their performance is astounding. With a debut album currently in the works, Codist have went from being an unknown act in my eyes to one that deserve all of your attention.

Enemies of the State loosening up before taking on the WOTM

It would be a sin to not mention the other acts who helped the night to be as amazing as it was. Enemies Of The State splice the sound made famous by Twin Atlantic on Vivarium with lyrics that the band say focus on the current political and social climate, revolution, science and love. The first thing everyone at the West Of The Moon noticed that night was the way frontman Kris Tennant projected his voice, filling the entire bar full of quips about Caesar as the band showed signs of an act capable of arena sized anthems. The Glasgow band have previously headlined King Tuts as well as played the main stage at the O2 Academy so they’re without a doubt worthy of keeping your eye and ear on.

Finally, Brothers were originally going to be the penultimate act but found themselves headlining the night, something that’s bound to put a little bit of pressure on any act, big or small. Fraser, Cairns and Curtis didn’t let it get to them though and showed that they’re capable of filling in the shoes of fellow big local acts. Evaporate sounds like a long lost Twin Atlantic single sprinkled with ambient sounds and The World Is Flat, clocking in at 7 minutes, never dies down, keeping fresh and energetic throughout its run time. Both tracks perfectly make the transition from listening on your phone to witnessing it on a stage and the rest of the band’s performance meant that the night ended with just as much of a bang as it started off with. 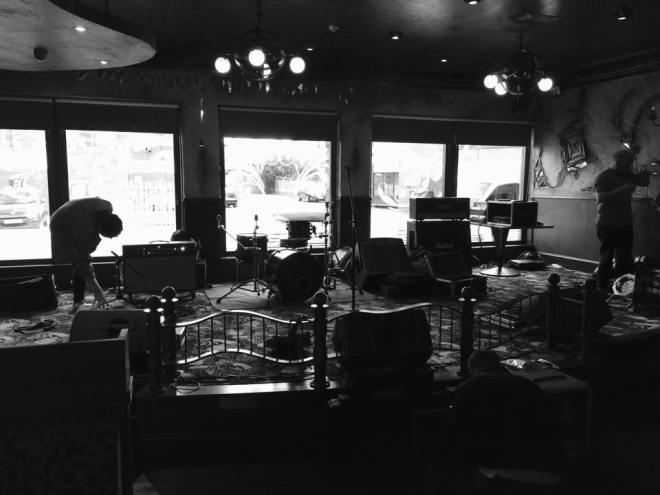 Hope you enjoyed this slightly long post on the great acts I managed to see last week. Cheers to Shaun and Liam McCluskey who organised the night and made sure that those who were there didn’t leave disappointed. Links to the band’s social media will be down below so that you can keep up to date on what they’re up to as well as mine so you can witness any more ramblings of mine.

In addition to this, I recently passed 4000+ views on my blog this week, a feat that may seem small but honestly meant the world to me. It’s motivated me to provide even more content and has made all the days I’ve spent drinking countless energy drinks to stay up and write all worth it. Here’s hoping we can make it into a 5 figure number before the year is over.