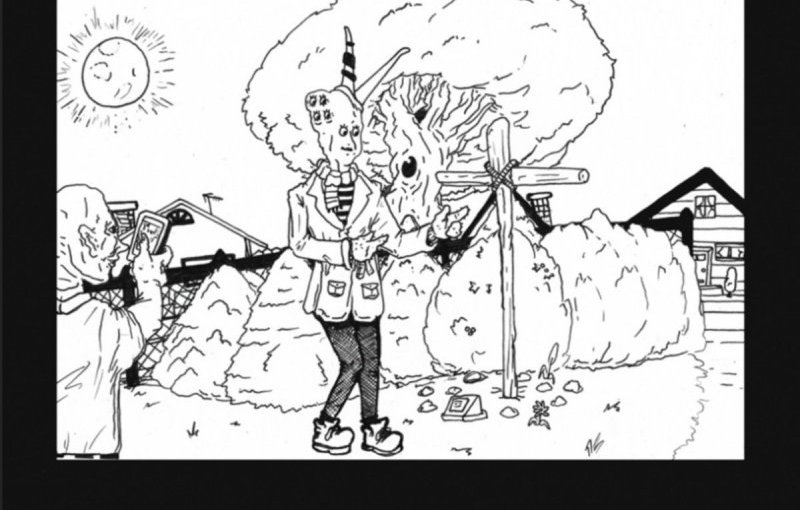 Teen Suicide’s Its the Big Joyous Celebration, Lets Stir The Honeypot (their 5th and apparently final album) is a 26 track long, cacophonous bow. It encapsulates some of their key elements, and never loses the intimacy of lo fi that makes the genre, but is subtly different to their other albums; it feels more evolved and complete. Living Proof is a blur of extravagant, plucky bursts of guitar, which moves into The Big Joyous celebration by what sounds like a cassette tape click.

The second track has eerie vocals from Girlpool’s Harmony Tividad (she also provides additional vocals for Violets and Bright Blue Pick Up Truck) which mix with Sam Ray’s vocals, and the twinkling xylophone (excuse the pun) harmoniously. Obvious love has marching-band like drumming underpinned by a beeping sound. This is  Sam Ray, everyone. It’s Just A Pop song is clearer, and feels immensely personal, “I guess that I should sing it/ But I’m scared my heart’s just not in it.”, and the album continues to sprawl, and somehow creates a successful melting pot of lullaby, trumpets, and percussion (provided by Elvis Depressedly)

Its length allows Ray to create sketches of many characters and places; including Alex (Lying on her back, she says she wants to die), Nick (Nick is sick, he needs it quick) and Taylors dad. We don’t know who these people are but Ray’s portraits are enough to feel something for them.

The album is quite migraine inducing because it is so packed and simply noisy. It is an astonishing, remarkable, but difficult listen.