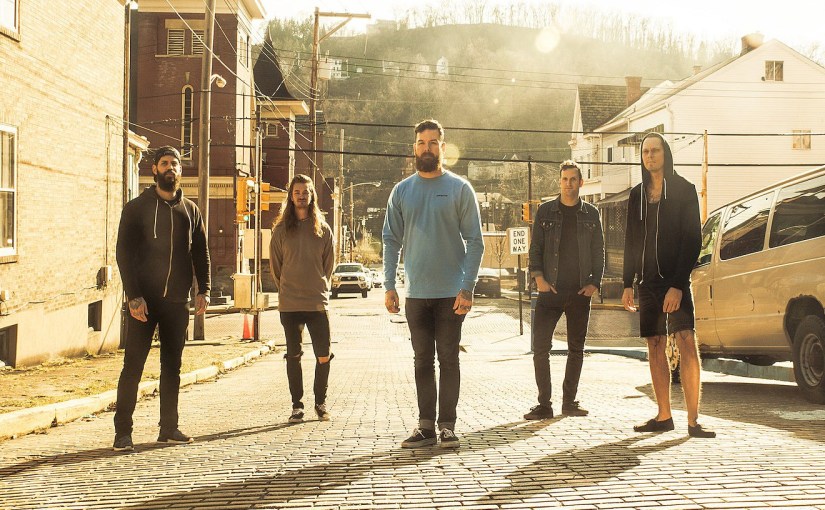 By powering through the music industry with songs describing heartbreak and addiction, New Jersey band Senses Fail have become an emo staple, a dark act, acclaimed for saying it as it is. Their music pinpoints struggle and hardship. Lead singer/songwriter Buddie Neilson is an addict staving off death and demons and desperately pushing away forces of evil and although their sound is negative, it hits home, it thrives and can be breathtakingly pulsating. Neilson is a wordsmith, there’s no doubt about that. He poetically melds together little notes, enforcing his words on the world like batches of letters, proclaiming his questionable sanity. He may explode like bombs at some point, sacrificing his body, but at the moment he’s yearning for closure and a clean mind. His life hasn’t been pretty as he has seen some horrific scenes, which have prompted him to fall by the wayside. Drugs and alcohol have been major players, conducting his existence for so long.

The band’s new record If There Is Light, It Will Find You is a stark, gritty listen. It rattles the bones and it will make you think. It’s memorable and sticks like glue, fastening its story onto the listener. Lyrically it dazzles but also tugs at heartstrings and we’re listening to a man subsiding into a dark abyss, clawing at coattails of an estranged lover, marking his grave. Neilson bellows about dying throughout the LP, screaming about graves and souring lust.

The album isn’t going to light up, ever, but it’s a strong contender for Senses Fail’s best work yet. Those guitar structures and sequences have been worked upon with great balance, and thought and meaning have been implemented graciously. On opening track Double Cross, those structured lines have been placed perfectly. Neilson sings out his lyrics of worth, describing music and its significance. He also utters about what he has to achieve to be fully noticed, what does he need to prove? Ancient Gods is a brilliant take on a ballad. Neilson sings about loneliness, describing it like a disease. The chorus is infectious, and again the instrumentals are punchy and perfectly composed. Is It Gonna Be The Year? is fuelled by rage, it’s unnerving. Again, it bursts like a blister. Neilson delivers a lyrical masterclass on death and why he doesn’t want to be a washed up old man. He wants to be saved and cocooned off from a fucked up world.

Senses Fail are a band who suffer. Throughout the new record, we hear word by word of Buddie Neilson’s struggles. He is a talented individual who is scarred and weighed down by life. Although music aids him in his pursuit of happiness.