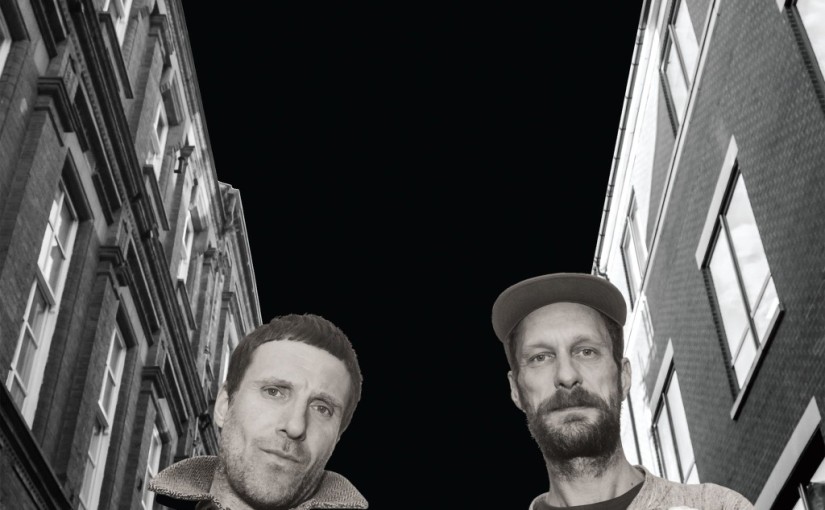 Whilst Sleaford Mods won’t go as far to allege that they ‘tap into the vein of austerity Britan’, it’s certainly fair to say that they hold a cracked mirror up to the pock-marked face of modern Britain, with Jason Williamson’s impassioned rants expertly capturing the anger & betrayal of the modern working class over Andrew Fearn’s minimalist beats.

Though we all yearn for a world where songs on unemployment, austerity, Boris Johnson and waking up with shit in your sock outside the Polish off-licence have no meaning, Sleaford Mods provide a fantastic, aggressive commentary on the State of the Rapidly Disintegrating Union, and with their ninth studio release, English Tapas, it’s business as usual for the Nottinghamshire duo.

Many (whom enjoy dull, bland love songs, sung over the same three chords, missionary sex and floppy-haired middle-class kids with mummy-funded equipment) are quick to criticise Sleaford Mods for the raw, simplistic and rough delivery of their bruising tirades, but that’s what makes their craft so beautiful; for most people, the world is an ugly, unforgiving place, which is communicated through Williamson’s words. A blunt instrument? Absolutely, but a sledgehammer makes more impact than a feather duster, doesn’t it?

Despite less than two years separating English Tapas and their last offering, Key Markets, the world is a different place. We now live in post-Brexit, full-Tory Britain, where across the pond, the only man to ever lose money running a casino is now running America, sinking faster than a squealer wearing concrete shoes.

Poking fun at the Snapchat wankers, fitness freaks and Boris Johnsons of the world in songs like ‘Snout‘, ‘Army Nights‘ & ‘Moptop‘, this album retains the Mods’, specifically Jason Williamson’s policy of providing an honest assessment of the country in which we live. Whilst the fraudulent, moneyed men will try to win you over with their ‘man in a pub’ routine to convince you that they represent the working class, Sleaford Mods speak for those who have been let down by the elite and the establishment, as demonstrated in penultimate track ‘B.H.S‘.

English Tapas has also seen them push their creative boundaries a little more. Alongside bullet quick rants and spoken word diatribes, Williamson is employing his singing voice a bit more than previously, with Fearn utilising more experimental sounds and beats, most notably in the eerie-sounding ‘Drayton Manored‘.

One of the most enjoyable things about any Sleaford Mods record is the comedy that gets mixed in with the rapid-fire anger. Poetry and piss-taking are on the menu for English Tapas, with not even the usually well-received NME safe in ‘Dull‘, which also takes aim at the elderly who vote for the exact same people who want to fuck them over. Whilst opinion is well divided between people who do and don’t “get” what Sleaford Mods are doing, there’s no denying that they represent a downtrodden, disillusioned and depressed Britain, which, if trends continue the way they are, they won’t be going anywhere.

Whilst this album isn’t the best album they’ve produced, it’s yet again a pointed, brutal & honest rundown of modern life, and the exact tonic to help wash down the bitter realities of modern Britain.