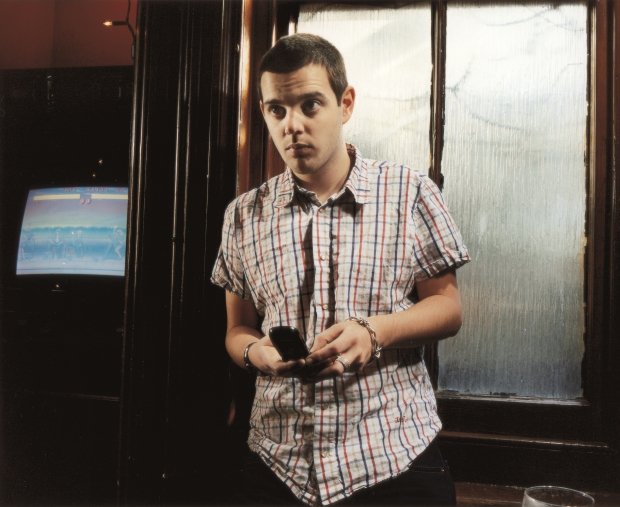 Mike Skinner. The Streets. The UK’s greatest (totally unbiased) urban export and an influence on everyday life in the grim north east of England. With five albums out (and seemingly more to follow), it is impossible not to have at least one gritty tune that is scarily relatable to your life. Here, in this feature celebrating The Streets ahead of their comeback tour this spring, I am going to delve deep into their first two records; Original Pirate Material and A Grand Don’t Come For Free, and explore how and why the Birmingham musicians have soundtracked my life for as long as I can remember.

From the first time I heard Fit But You Know It on Fifa 2005 I knew that they were going to be the band to soundtrack my life. Now, some thirteen years later, I find myself totally absorbed in looking back and constantly re-appreciating The Streets. They are, in my opinion, a headphones-in band in the sense that the lyrics and music were crafted to give a personal experience. There are some bands that MUST be blasted through massive speakers, but Skinner and co. don’t fit this criteria – there are few records since the turn of the millennial as jaw-dropping as their debut Original Pirate Material. Released in 2002 (and apparently being re-released on vinyl in time for the upcoming tour) it is still as relevant now.

Weak Become Heroes dabbles in various themes including the drug-taking past of the protagonist. Opening with “nothing but grey concrete and deadbeats,” Skinner speaks for a generation with the approach of having nothing better to do. Most striking is that even now that mindset is still popular – a lack of societal improvement has left the youth behind where they are swept under the carpet as long as they are only harming themselves or the community around them. The melodic chorus of “weak become heroes and the stars align,” give the impression that via taking these experimental substances has allowed a greater lifestyle and everything finally coming together away from the monotonous doom and gloom.

There are two sides to The Streets – the first being the confident, lairy attitude as shown in Sharp Darts: “I’ve got a worldwide warranty, satisfaction guarantee”. For Skinner to come out in a sub-two-minute banger on album one with such a bold statement – especially considering the DIY approach of producing Original Pirate Material (the majority was recorded in his London flat, with vocals done in a wardrobe), definitely has something to do with The Streets being one of the most recognisable UK garage acts of the past two decades. In this genre, you have to be ballsy and unapologetic, something that this track, and many others, portrays.

The other side of The Streets is the almost-romantic self-reflective approach. Take album closer, Stay Positive, and you can see Skinner using positivity to drag the protagonist out of a downbeat, negative rut. “Your idols – who are they? They too dreamt about their day. Positive steps will see your goals,” gives the impression of hope and that the opportunity to succeed is doable if your mindset flips. Something we all need reassurance of every now and then. Sophomore record, A Grand Don’t Come For Free follows this theme with arguably their most iconic track, and one of the most recognisable ‘love songs’, (Dry Your Eyes) from the 2004 concept album.

Exploring themes of loss, despair, and grief throughout Skinner’s narrative, it is one of the most exhilarating albums of all time. Take Dry Your Eyes and you have a break-up being torn apart moment by moment. Pleading that he can change, grow or adjust, as well as offering an open relationship shows his desperation of trying to cling on to something that has sailed its course. Take also Could Well Be In: a track documenting a new found love but being wary of previous partners; both his and hers. Opening with “her last relationship fucked her up” gives the context of why there is a sense of anxiousness during the date before the male protagonist opens up about the money going missing in response to “close mates all were, always the most important thing to her.” His approach is contradictory to hers, yet he still comes across as smitten and questioning if she is just being friendly – thus emphasising the delicate side to Skinner as opposed to the grittier classics.