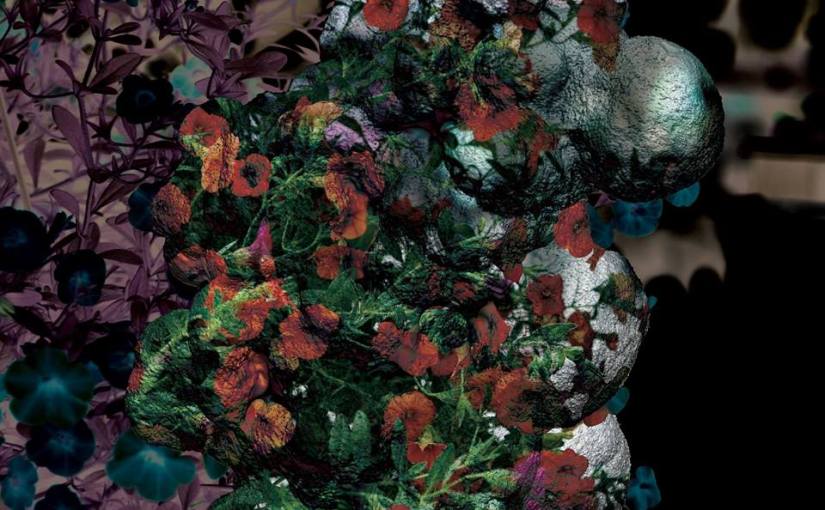 Not so much an album but a vivid experience, Blondes’ Warmth feels more like a futuristic journey than it does just a set of songs. All of the metallic sounds mould together to create a landscape and paints an image in your head.

This album isn’t exactly light listening. To some, it may be but it’s sharp, it’s attacking with its high-end taps and hi-hats that almost wake you up from a slumber and not the other way around. The consistent theme through the album is the metallic noise and the interesting percussion, which is a contradiction of the title of the album – the sounds are frosty and chilling, leaving your ears in a hypodermic state. The additional layer of what can only be described as machinery gives off the feeling of a record being a tapestry of overpowering and claustrophobic blips and bops that have been submerged in sub zero temperatures.

The atmosphere is very important to an album like this and Blondes definitely deliver -lots of reverb and effects have been applied, making the listener feel as if they’re drifting through the galaxies. The song Trust starts small and builds and synth-pads make you feel like you’re floating, a harsh lead synth that sounds like an alarm accompanies it and brings you right back down to earth. Quality of Life has aspects of old-school video game soundtracks, down to the 8-bit effects on the synths and the distortion applied: you’ll swear someone had shrunk you and chucked you inside an NES cartridge.

The jarring sounds at the beginning of Clipse shows the electronic-duo in a slightly different light, at least to start with. The calming repetitive pattern on the bells at the start is a harsh contrast to the manufactured noise of some of the other tracks, especially the intensity of the song Cleo. Like many other songs on the album, Clipse grows and grows up into something larger than itself, with new rhythms and sounds appearing every 8-bars almost like an unstoppale planet eating star. The moments of less intensity on the album are still a great listen. Songs like Tens where the song again, builds up to reach a climax but the climax isn’t as intense nor is it as harsh.

This is where the ‘warmth‘ comes from, the songs following a certain theme but never being too much or too little, never verging into style over substance.  For people who don’t listen to techno all the time, sometimes you can get bored of the repetitive beats and repeated patterns, but the constant morphing sound of Warmth keeps you interested.

The song lengths are a continuation of that. With music like this generally you’re going to be getting long songs, and this album doesn’t shy away from that at all. The 10-track album comes in at just over an hour with the shortest song being nearly 6 minutes long so it’s understandable how you can get lost in the world that this album creates, no doubt being the duo’s intention with their hypnotic abilities being ever present.

Warmth is a very interesting release, even for someone who isn’t heavily into techno/electro music, and something that does show off Blondes’ power for experimenting and showing what they can do. Warmth is an album that is further showing the capabilities of electronic music and art itself with the use of technology and further showing that it’s something to embrace and not shy away from.