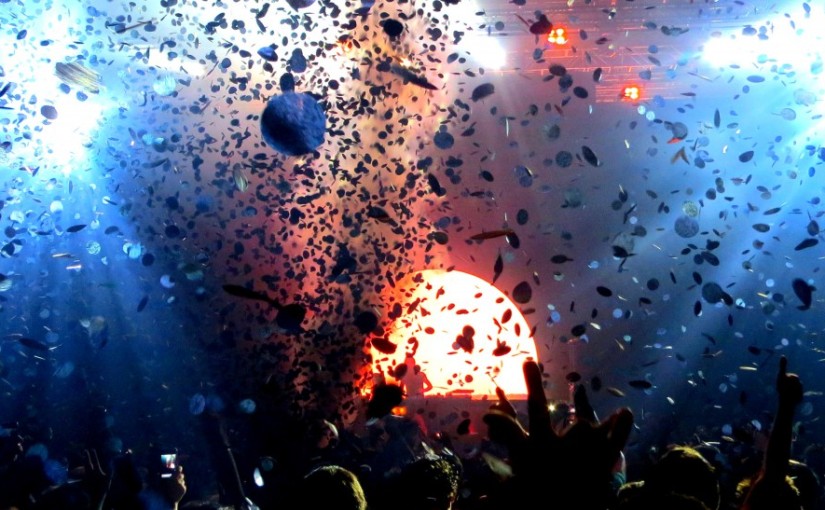 When I attempted, and failed, to make my series Blink (Clyro) And You’ll Miss It into a monthly thing, I kinda fucked it up. Despite being one of my most popular posts, there was something about it that just didn’t sit with me right, like the potential it had just wasn’t being used. Now after a few months of careful thinking, I’ve brought it back! *insert one person clapping*

Not only will BCAYMI (see, it just rolls off the tongue) cover music but it’ll also feature film, TV and gaming content that means you’ll constantly be in the loop. Think of it as a smaller, less indie NME except my head isn’t lodged up Arctic Monkey’s arse and people don’t write bitchy tweets about me. Well, as far as I know.

Featured Artist Of The Month 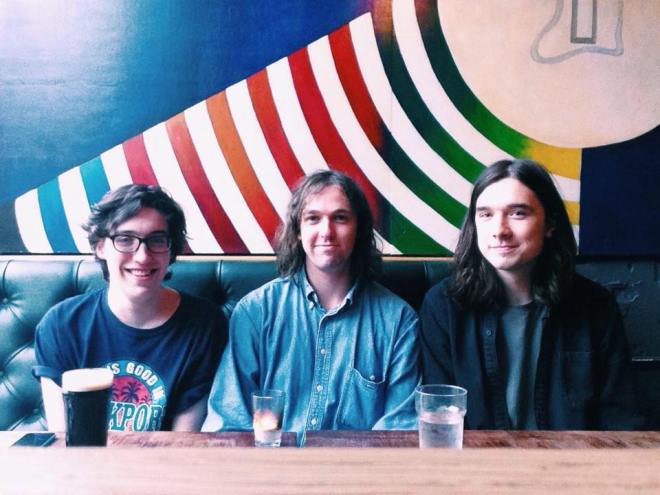 To quote the world renown author Me, Glasgow trio Codist’s sound is like “if you put Biffy Clyro’s gritty, stripped back tone from Blackened Sky in a blender with Weezer during their blue album era”, not a small compliment for someone with half of one of those band’s name in their website name. With Chris Curry now joining the band to raise the number of members to 4, it’s exciting to see how the band will shape their sound of their upcoming album in addition to their upcoming gig at Glasgow’s The Hug And Pint this December. Codist 2.0, here we go.

If their Sophomore album You’re Gonna Miss It All was about being in denial about your problems then Philadelphia based band Modern Baseball’s new track is about admitting these issues and trying to move on from them. Full of sombre, personal lyrics, Brendan Lukens’ trademark nasally vocal style has never sounded so good.

Returning from the critical acclaim of their 2014 release Everything Will Be Alright In The End with a sound more reminiscent of their Pinkerton days, Weezer bring the crunchy guitars and ridiculously good lyrics the band built their name on.

With Avril 14th being one of British electronic musician Richard D James’ most famous tracks, it was only a matter of time until he revamped his iconic song which has only made it even more pleasant. It won’t be long until Kanye begs for the chance to sample this again.

Since the release of his second mixtape Acid Rap, Chicago born rapper Chance The Rapper has collaborated with the likes of James Blake and Donald Glover. Now he’s got fans in a frenzy as he teases his third mixtape and Angels hasn’t dampened their spirits, full of references to Kanye West and gospel hooks, this track is not only a homage to Chicago but a testament to the potential Chance has.

Owning one of the finest voices music has ever witnessed, Elbow frontman Guy Garvey has released his first solo album to showcase his remarkable vocals and new found sound. While not unfamiliar, there’s enough changes to justify a release and Angela’s Eyes is an excellent example of this.

Album of the Month

November is a huge month for female artists with the great return of pop powerhouse Adele returning with her third album 25 and the likes of Drake collaborator Tinashe and *shudder* Ellie Goulding, girl power is very much in the air. November is also huge in terms of the return of an electronic wizard: Grimes.

Her unusual yet pleasing style of vocals and synths are ones that just shouldn’t work yet every time they just seem to get better and better. Thankfully the same can be said about tracks off her upcoming follow up to 2012’s Visions as EDM influenced Realiti and the catchy Flesh without Blood are comforting proof that even with the lack of substance abuse on this release, the canadian artist can still deliver.

Film of the Month

Yes, I’ll look like a big waine for choosing this over Spectre but bare with me. Since Spectre was released last month and has been praised to no end (which it totally deserves) , I thought I’d go for a film that’s actually released this month and what better than Pixar’s next film. The Good Dinosaur is about an alternate timeline where the meteor that wiped out the dinosaurs narrowly missed, meaning that the giant creatures still exist. What follows is the tale of Arlo as he suffers a major loss (not hard to guess what happens, it’s Pixar after all) and tries to find his way back home.

This film has a chance to fail as it seems like it’ll be cliched and it’s directed by someone who’s only ever been behind the camera one times: for a Pixar short. However, it also has the opportunity to surprise everyone and become what the incredibles was to superhero films. In addition to this, the film has already been praised for its photorealistic visuals, meaning regardless if the film’s a flop, it’ll be a beautiful one. Who knows what will happen but regardless if it’s bad or fantastic, I’ll be there to see it.

TV Show of The Month

What else was it going to be? Ranking alongside The Inbetweeners for being one of the most quotable British comedies of all time, Peep Show has kept us waiting in anticipation for 3 years for what is now the show’s last season. To avoid giving anything away to those who have avoided all previews and interviews, the ninth season will consist of “Mark trying to sell a loan to a gullible idiot while Jeremy is living in a bath”. The premise alone sounds hilarious and it’ll be worth it alone to see Mark, Jeremy and Super Hans for the last time before they fade away into Channel 4 fame. With this and Catastrophe, Channel 4 can rightfully call itself the home of Comedy.

Will it be worth the wait? No idea. Will it be quoted relentlessly by hundreds of users on Twitter? You bet yer arse.

Game of the Month

In a month full of blockbuster game releases, Bethesda have their work cut out for them. Not only are they up against two juggernaut FPS going by the names Star Wars Battlefront & Call of Duty but there’s also the return of both Guitar Hero and Rock Band. Are they worried? Of course not.

Regardless if this game flops like a fish out of water, millions of gamers will still pick up Fallout 4 because, well, it’s Fallout. It’s an immersive post apocalyptic wasteland, full of radiation inflicted monsters and other humans just as desperate as yourself for supplies, safety and, most importantly, power. Its predecessor, unsurprisingly called Fallout 3, is one of my favourite games of all time and the sound of returning to the franchise with better graphics, more customisation and even greater gameplay, is too good to pass up. If you pick up one game this month, make it this.

Cheers for sticking all the way to the end and I hope you enjoyed what I hope to be a regular thing! Any feedback is more than welcome and if you have any suggestions, whether it be a new track you think deserves more attention or you’re part of an up and coming band who want an opportunity to get their name out there then email me @ liammenzies96@gmail.com.

Over the past two months BLINKCLYRO has accumulated over 2,000 views and I couldn’t be more thankful for that! Here’s hoping I can keep you lot entertained for the rest of 2015 and beyond, perhaps even venture into different outlets *nudge* *nudge* *wink* *wink* . You can follow me on Twitter @blinkclyro and over on my facebook page here. What follows is a wee schedule of what you can expect from the site this month!