If the title wasn’t enough to hammer the point home, Field Day’s new task of taking place over the space of 24 hours works far more in its favour than you may believe. Though it hasn’t always been this way, organisers for the East-London festival have made an ideal move to condense the previously two-day event into one, giving it an advantage over other musical offerings who have to spread the big acts over the course of three or four days. With a plethora of juggernauts and game changers at this year’s round, all been stuck just the weekend before a General Election, Field Day wasn’t short of highlights by any stretch of the imagination.

With some of the most brutal yet simultaneously intelligent music of this century, it was no real surprise that Death Grips would put on a triumphant performance. Teasing the crowd with a sound check of Ex Military‘s Guillotine, the Sacramento act squeezed a 17 track setlist over their hour-long performance. There was no sign of any new music but considering the length of latest track Steroids (Crouching Tiger Hidden Gabber), which clocks in at around 22 minutes, that’s probably for the best.

Starting off with Whatever I want (Fuck Who’s Watching), Death Grips never slowed down for a second, bringing out some old school favourites like The Money Store opener Get Got as well as Giving Bad People Good Ideas, a track off last year’s Bottomless Pit that features some of the most unsettling vocals the band have ever incorporated into a song. After the dust settled from the audio bombardment that is Guillotine, the band disappeared much like they always do, though having made sure not to blue ball the audience. 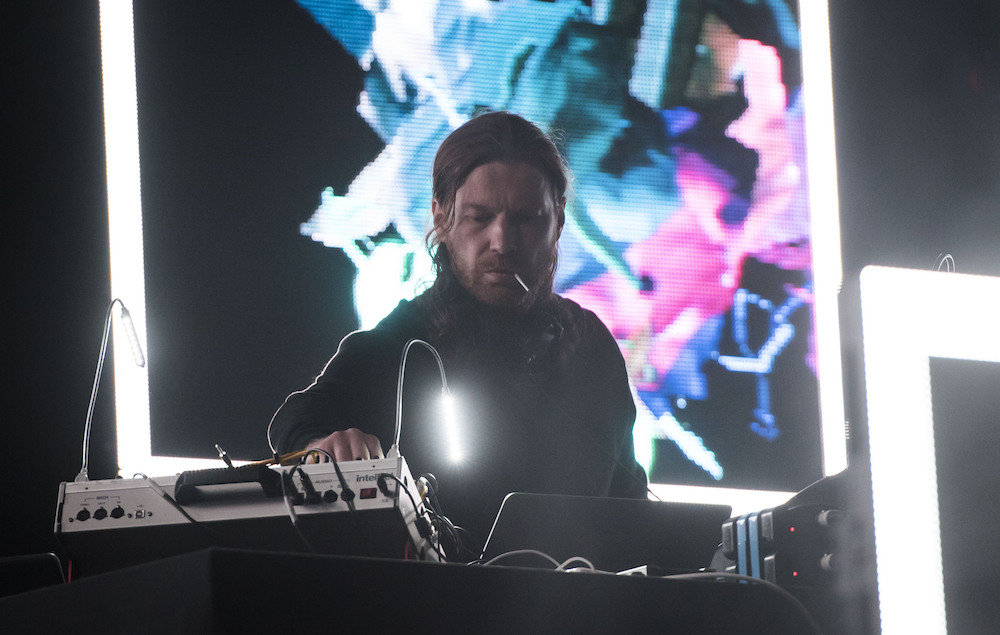 While Death Grips were hotly anticipated by a lot of attendees this weekend, they weren’t the act that the majority were eager for. No, that accolade goes to Aphex Twin, a pioneer of ambient, intelligent EDM and acid techno who provided some of the best music of the 90’s. With his comeback in 2014, everyone was eagerly waiting for his return to the live circuit having not played in five years. The Field Day organisers were aware of how big a moment this was, giving the Irish-born musician a temporarily constructed superclub known as The Barn with a ginormous sound system and lighting rigs for him to add to his disposal.

With 10,000 people fitted into this ravey construction, Richard D. James made sure not to fuck up this comeback. As you can imagine, the aforementioned rigs allowed for swirling lights to mesmerise and consume the entire audience though, of course, it was what was playing that truly captured the attention of those in attendance. The textured landscapes that Aphex Twin‘s trademark sound explores are played, backed up by some wonderful effects that make the music just as encapsulating as it was the first time you heard it. Featuring just as many covers as untitled’s, the visuals on display help to cement Aphex Twin as a master in what he does: creating music so warped but painstakingly measured and tweaked that, when mixed with some tantalising graphics, is the closest thing to living art that you can get.

Run The Jewels Give London A Political Injection 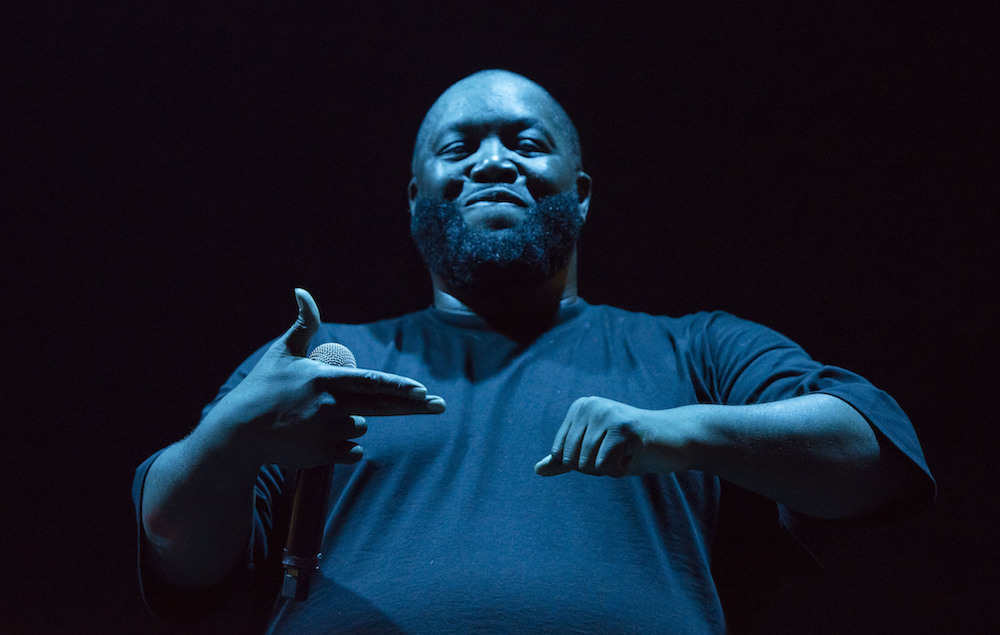 Field Day may have got most of its buzz this year with pioneers of certain genres playing, the festival made sure to show just how much they have the finger on the pulse. Case in point: American rap juggernauts Run The Jewels, a slick, wisecracking pair that has time and time again solidified their quality and importance in our current political climate. With their recently released RTJ3 being a success in almost every regard, there was no doubt that the duo would put on a great set.

It may have started to rain a tad before their performance but Run The Jewels made sure to brighten up the day, well night, of soaked festival goers. El-P, the answer to everyone who asks “where are the good white rappers”, showcases some of his world class flow and wordplay, throwing out sexual innuendos and dick jokes that balance out the hard-hitting social commentary that the act champion. Of course, there’s no talking about RTJ without mentioning Killer Mike, a rap heavyweight in his own right and one that often seems like the voice of reasons both in music and the real world: “If you touch a girl and she doesn’t want you to, we’re gonna beat your fucking ass” he says to a rowdy and unstable audience, resulting in an applause. RTJ3 makes up a great chunk of the setlist but honestly, that’s not a negative. With topics such as police brutality, self image and inner-city turmoil being explored over some lavish and well-produced beats, Run The Jewels not only show that it pays to be aware but that your music doesn’t have to sound lame to educate.