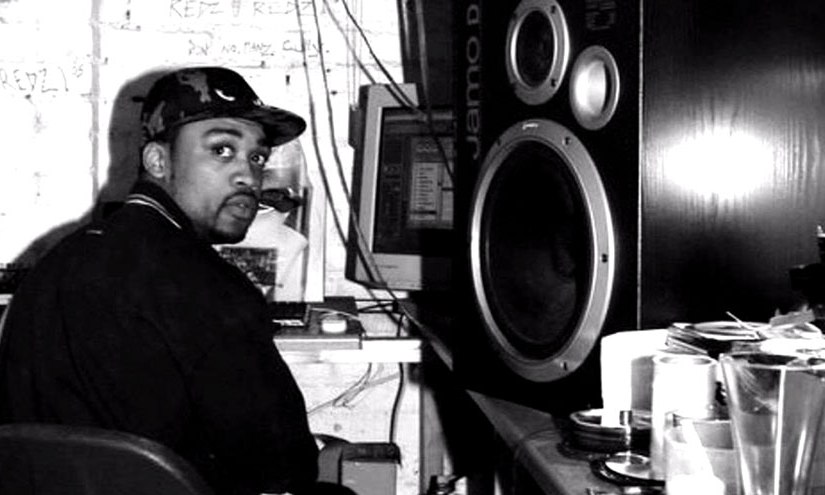 A new segment where I’ll be taking a look at any albums, EPs and singles that were my favourites of the past month. Want something reviewed? Let me know via twitter.

“We’re in sync so much now, after two records and several tours – and this new one felt like we hit that point in the Rocky training montage when he’s just killing shit,” said El-P in an interview with The Guardian and RTJ3 very much feels like the point where both him and Killer Mike have managed to catch the chicken. Showing sincerity, awareness, and aggression all at once, RTJ are the epitome of every liberal’s worst nightmare: they’re an answer to the intolerance that has infected America since its birth and do not give a fuck who disagrees. Their music is sure to be the soundtrack to the revolution and what a fucking soundtrack that is.

Having had no prior knowledge of Code Orange or any previous interest in metalcore, it came as a total surprise to me that Forever would be one of the first music gems of 2017. Managing to balance off the hardcore punk sound that appears on the vast majority of these tracks by dipping their toes into some alt-rock waters as heard on Bleeding In The Blur, Forever is a true tour de force, putting aside any worries fans may have had after the act moved onto a major label. If there were any doubts about Code Orange being on their best form then Forever puts them all to rest, under a tsunami of sheer fury.

While there are many changes that are apparent on I See You, what’s utterly remarkable and something that should be commended is the fact that The XX are simultaneously pushing themselves out of their comfort zone while staying true to their humble roots. The sampling on display and subsequent alterations to the sound make it feel like an R&B album more than an alt rock one but the emotional voices that manage to project both passion and insecurities feel so quintessentially XX. There are tracks that feel like they could have been ripped straight off of their debut like ‘Performance’ while others like ‘Dangerous’ and ‘On Hold’ feel like they’ve landed from a parallel universe where the band are far less timid.

Even though he may hit out with the threat of retiring as frequently as Donald Trump tweets out a potential World War 3 catalyst, Wiley has still continued to make music and Godfather may be his magnum opus. Most members of the public no doubt know of the grime artist via his chart hits such as Rolex and Heatwave but it does the artist a complete disservice not to recognise the impact he has had on the genre, being there from practically the beginning and surviving both the boom, death and subsequent revival of Grime. Featuring some of the darkest production to appear on a grime record in quite some time, Wiley offers up a variety of different sounds as well as some amusing and hard-hitting lyricism. Speakerboxx may very well be 2017’s Shutdown as it packs in an Arabic sounding flute, which feels like it was taken straight out of Banjo and Kazooie’s Gobi’s Valley, alongside a dominating and intimidating Wiley who chats about his youth selling drugs while comparing himself to the Bob Marley of Grime. With an output and influence as huge as Wiley’s, it really says something when an album such as Godfather can do him justice.

Japandroids – Near To The Wild Heart Of Life *

While it may not be as groundbreaking or solid as their past releases, Japandroids have avoided falling into the pitfall that many bands do after taking a break of half a decade away with their third record Near To The Wild Heart Of Life. There are some obvious complaints: there’s a clear lack of witty lyricism from King and it feels far too polished, not a granule of grit to be found. That’s not to say that what is on display isn’t ambitious as the American punk act do all they can to push themselves out their comfort zone and bring new life to a genre many have said is stagnant. Dig beneath the surface and you may find the rock record that you’ll be comparing every subsequent release this year to.

Ever wondered what it would sound like if David Bowie had written a James Bond theme tune? Then look no further than No Plan, an EP that marks what would have been the artist’s 70th birthday. Featuring the aforementioned Bond-esque Killing A Little Time as well as the beautiful title track, No Plan manages to display all different facets of Bowie’s musicianship, reassuring all that his legacy will live on.

Acting as a compilation of all the band’s work thus far, Young, Dumb And Full Off…demonstrates the prowess and sheer energy that Manchester rock outfit Cabbage possess this early in their career. Not just a release full of sad romantic songs about girls, Cabbage touch upon a wide array of political and social matters such as the monarchy, NHS, Austerity and a certain tangerine president with whimsy and appeal, making Cabbage not only one of the most exciting bands in the UK but one of the most aware too.

Boosegumps – on the way to meet you*

While certain seconds on this EP would give you the feeling that this Heeyoon fronted project had been recorded in a bedroom then swiftly left in the loft for a few years, this only adds to the utter enchantment on the way to meet you offers. Concluding track Happy embodies this EP’s message, with the lines “I am so positive/ I am so happy/ I tell myself every day/ I’m starting to believe me,” being both relaxing and resonant. Lasting only a brief few minutes, Boosegumps EP is very much like its artwork: alluring, soft and calming, full to the brim with positivity.

With their follow up to Key Markets set to drop in March, Sleaford Mods dropped another tease as to what to expect from English Tapas. BHS, which is clearly in reference to the now defunct UK chain of stores, takes a stab at the 1% and offers the politically aware alternative that Fat White Family constantly slated various other indie rock acts for. On top of that, the rather stripped back drum machine and guitars gives the track the serious vibe needed to carry the duo’s message across and does so wonderfully.

FKA Twigs – Trust In Me

It may have only appeared in the latest Nike ad for what feels like a few seconds but it’s truly a testament to FKA Twigs that this brief amount of time is all she needs to make an impact. While details on her upcoming album are scarce, if the vocals are as beautiful as they are here and the instrumentals just as jarring, unsettling yet alluring then it’ll no doubt be one of the best releases of the year.

Father John Misty’s latest eponymous cut off his upcoming third LP Pure Comedy is a relatively simple piano ballad that holds no punches when discussing its subject matter, delivering some particularly beautiful and thought provoking lines like only Misty can. With 2016 being infamous to say the least, it’s a relief to see that something can come of it and Pure Comedy is sure to be one of many pieces of art that stands as a reflection of what has been and a glimmer of hope of what is to come.

Joey Bada$$ – Land Of The Free

Dropping around the time of President Trump’s inauguration, Joey BadA$$ has undoubtedly provided the best political track of the year so far which touches upon topics of mass incarceration and racism, delivered witfully such as the line on his first verse “Two A’s, Three K’s in AmeriKKKa”. Finish that off with some killer production from Kirk Knight and you have yourself a track that cannot be slept on.

Making sure to leave fans with more than enough music to keep them content until the album’s release in a few months time, DeMarco dropped the reflective title track My Old Man. While not as stripped back as This Old Dog, My Old Man incorporates some simple synths that, in the context of the album’s concept, shine through as utterly delightful, showing that less can indeed be more. The lyrics, which are usually DeMarco’s strong point, are as touching and introspective as always, in no small part due to the different way he went about writing this album.